John Newton on the Christian Life 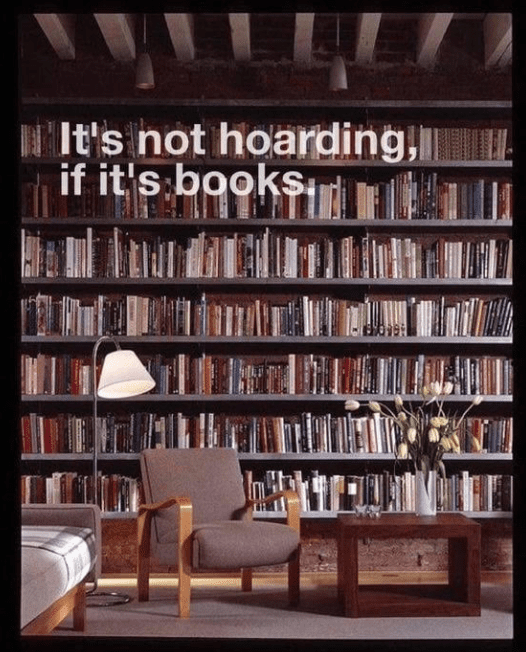 One of my most edifying reads of this past year was Tony Reinke’s terrific book, Newton on the Christian Life (Crossway). Reinke is a non-profit journalist, author, Senior Writer for desiringGod.org, and the host of the popular podcast, Ask Pastor John.

David George Moore conducted the following interview. Some of Dave’s videos and interviews can be found at www.mooreengaging.com.

Moore: Calvinists today (and I incline in that direction) are not well-known for having a gracious and irenic spirit. John Newton has much to teach us in this regard, doesn’t he?

Reinke: He certainly does have a lot to say! Newton’s life and words sternly rebuke any Calvinist whose theology makes himself proud and arrogant. It’s a false effect. Calvinism, truly understood, makes the exact opposite of a person. Calvinism teaches that we are too sinful to save ourselves and too helpless to find hope in ourselves. If we are saved, it’s only by the unconditional election of God’s sovereign grace.

If those biblical realities make you self-confident and arrogant, you’ve totally missed the point of Calvinism to begin with. Nobody modeled a conviction about the sovereignty of God within a spirit of gentleness like John Newton. He spoke and modeled humble Calvinism, and it’s why his letter on how to engage in theological debate (“On Controversy”) remains one of the most brilliant things he ever inked on paper.

Moore: Newton realized that his letter-writing would be a mainstay of his ministry. How did he discover this?

Reinke: That’s right, and somewhat by surprise and resignation. Newton wanted to be a renowned preacher, but he knew that he was not a great one — perhaps better than average, but nothing in comparison to the popularity of his friend George Whitefield. He wanted to be known as a book author, but his first title (a book on the history of the church) sold rather poorly. At a friend’s request, he first penned his autobiography in a series of thirteen letters, and those letters “went viral,” as we say. They were passed from person to person — because letters were the social media of Newton’s day, intended to be shared among a network of readers. Those letters were collected and published in what became a bestselling book in England under the title *An Authentic Narrative*.

Though his pastoral labors started rather late in life (age 39) and began in a small town (Olney), in those early months of ministry, Newton’s autobiography made him simultaneously a celebrity convert and a celebrity pastor overnight. It also reinforced the reality that his greatest skill was in writing informal letters. He embraced letter-writing and mastered the medium. People wrote from him about any matter of pastoral questions, to which he laboriously responded. There are more than 1,000 substantial pastoral letters from his pen, and they are masterpieces of applied theology.

As J.I. Packer wrote in his kind endorsement to my book: “As the Lord Jesus Christ, crucified and reigning, was the life-giving focus of the Evangelical Revival, and as George Whitefield was its supreme awakener, and John Wesley its brilliant discipler, so ex-slave trader John Newton was its peerless pastoral counselor and perhaps the greatest Christian letter writer of all time.”

My job was to get my arms around everything Newton wrote in those situational letters and to be the first to systematize his counsel, with the goal of helping modern-day Christians see and apply what he wrote.

Moore: Newton is well known for loving the depressed William Cowper. This was not an easy thing to do. What gave Newton the capacity to show love by patiently caring for Cowper?

Reinke: Well, in this very extreme case, Newton saw it as nothing short of pastoring someone from the bridge-edge of suicide. It required a tremendous amount of creative energy to get Cowper to focus on his work (which is what the Olney Hymns project was intended to do for him). It worked to some extent, although Cowper attempted to kill himself multiple times, most ironically to me, the evening after Cowper sang “Amazing Grace” at church, the first time Newton’s hymn was unveiled in public.

Moore: You have a quote from Newton where he speaks of Jesus as the “Sun of the intellectual world.” What did Newton mean by that, and what are some of its implications for learning any subject?

Reinke: Well, that phrase comes in a sermon and Newton offers us no elaboration. Newton himself was not formally educated beyond age 11, and I suspect that he is hesitant to lecture on the place of Christology in academics. But here he follows a long lineage.

In 1758, Jonathan Edwards had been called to the presidency at Princeton University, a fitting post for America’s greatest theologian. Back in 1642, the founders of Harvard in their “Rules and Precepts Observed at Harvard College” wrote: “Let every student be plainly instructed, and earnestly pressed to consider well, the main end of his life and studies is to know God and Jesus Christ which is eternal life (John 17:3) and therefore to lay Christ in the bottom, as the only foundation of all sound knowledge and learning. And seeing the Lord only giveth wisdom, let every one seriously set himself by prayer in secret to seek it of him (Proverbs 2, 3).”

Newton follows this structural reality for education, and it’s something the Reformers got right: You cannot know anything rightly until you know a thing in relationship to its Creator and Sustainer, Jesus Christ. To us that sounds radically religious, but within a Christian worldview this is Academics 101. Newton, of course, has the vernacular to preach the centrality of Christ beautifully and he does so for his entire ministry, though it would be hard to make a detailed academic case for this priority from his works.

Moore: Newton speaks poignantly on how great Christians are many times unknown. In our infatuation with celebrity, what do you think Newton would say to our fascination with only honoring the well-known?

Reinke: Well, Newton was a celebrity pastor. There’s no question about this (and Newton was self-aware of it!). He was also acutely aware that the adrenaline buzz of fame could be confused for the authentic, Spirit-wrought holiness that pleased God. It’s easy to look and act holy when a conference room has all eyes on you. It’s a very different thing in private when only God is watching. It’s in the privacy of the bedroom or workroom or prayer closet when holiness emerges or evaporates. And so Newton harbored a clear awareness that the bedridden poor woman, abandoned by the world, probably enjoyed a healthier and more robust relationship with Christ, than he, the celebrity pastor. He fully anticipated that the old woman would get more rewards in heaven, and our perception of prominent Christians should be patterned accordingly.

Moore: Your section on Newton and politics ought to be a stand-alone booklet. I wish every American Christian would read it! Newton was not against Christians being involved in politics. He, of course, was formative in convincing Wilberforce to stay in the British Parliament. However, he found many people incompetent and prone to speculation. Would you unpack that some for us?

Reinke: Well thank you, David. Yes, in the last 18 months of political chaos in the U.S., Newton has kept me sane. It was a blessing that I worked through his political teachings a few years back in order to be prepared for the phenomenon we’re living through now, and I have returned several times to that section in my book to be re-discipled by Newton.

The problem Newton saw was that in seasons of heated political debate, Christians get sucked in, and it’s tragically easy to give the world the impression that political victory is the most important thing in the world. It’s not. Christ is. Christians know this. The world does not. And so when Christians feed the political frenzy, we offer a disservice to our neighbors.

The Christian’s great hope and solace rests in the first and ultimate sovereign cause of all things: “The LORD reigns” (Ps. 93:1, 96:10, 97:1, 99:1). Newton argued that this phrase should be printed as the top story and the leading bold black headline at the top of every newspaper, every day. It was Newton’s firm and resolved statement on politics and politicians. Or, as Newton would say, “There is a peace passing understanding, of which the politicians cannot deprive us.”

And yet, Newton encouraged Wilberforce into politics to help end the British slave trade. Newton understood the need to be both in the world, but not of the world; to be in politics but not overtaken by it. In any case, his political direction for Christians was incredibly God-centered and soul-steadying — relevant for us today.

Moore: I was thrilled to see that Newton believed that John Bunyan’s A Pilgrim’s Progress and Augustine’s Confessions were two of the best things Christians could read. These two are the ones I regularly recommend myself. What are a few other books that were formative for Newton?

Reinke: Newton was self-taught and he loved to read and commend specific books by Augustine, Bunyan, Richard Alleyne, and Richard Baxter. But to my knowledge, Newton only commended the complete works of one author: Puritan preacher John Flavel (1628–1691). Flavel’s [collected works](http://www.amazon.com/dp/0851510604) are gold, and I can easily see why Newton loved them so much.

Moore: What is the main thing you would like your readers to take away from your book?

Reinke: I think the main thing that I want readers to take away is that the vision of the Christ-centered life is not idealized, but made *real*, inside the mess and bustle of daily life in this world. Newton is one of the greatest examples I have ever seen of this in all sorts of scenarios—when faced with seasons of heated cultural political debate, in seasons of personal faith-less-ness, in seasons of suffering and loss, and when faced with the internal sins that continue to harass our spiritual growth and comforts. I want to be Christ-centered every day of my life; I want it to be a reality and not merely an aspiration, and that’s why I have given my life to the study of Newton’s writings. Newton shows us how to live a Christ-centered life in the real world.

September 17, 2017 Prayer For Your Week
Recent Comments
0 | Leave a Comment
"Curious as to why my comment was deleted? Here it is again for all who ..."
zfari Go Home or At Home?
"From my experiences, a God who has a Gender, a Sex, and a Biological Orientation... ..."
Kyllein MacKellerann What to Say When Someone says ..."
"What is the "final destruction of sin" please?"
Bob Shiloh What to Say When Someone says ..."
"Dr. Fitch, you write the following regarding the resurrection:Of course, Cone is focused on the ..."
J.R. Miller David Fitch, James Cone: Liberation Theology ..."
Browse Our Archives
Related posts from Jesus Creed