The Incivility of Public Disruptions

University of Wisconsin System leaders approved a policy Friday that calls for suspending and expelling students who disrupt campus speeches and presentations, saying students need to listen to all sides of issues and arguments.

“Perhaps the most important thing we can do as a university is to teach students how to engage and listen to those with whom they differ,” system President Ray Cross told the regents. “If we don’t show students how to do this, who will? Without civil discourse and a willingness to listen and engage with different voices, all we are doing is reinforcing our existing values.”

The policy comes amid complaints from conservatives across the U.S. that right-leaning speakers aren’t afforded the same level of respect on campuses as liberal presenters. Students at the University of Wisconsin-Madison in 2016 shouted down and traded obscene gestures with ex-Breitbart editor and conservative columnist Ben Shapiro….

[Tony] Evers, a Democrat running against Walker in next year’s gubernatorial election, cast the only dissenting vote. He accused the regents of sacrificing free speech to curry favor with Republican lawmakers.

“This policy will chill and suppress free speech on this campus and all campuses,” Evers said.

Other Democratic opponents charge that the policy doesn’t clearly define what type of conduct is considered disruptive.

“Who’s going to show up to a protest if they think they could be potentially expelled?” Democratic state Rep. Chris Taylor, whose district includes the flagship Madison campus, said during a Thursday news conference on the policy.

A senior at the university, Savion Castro, accused the regents of “capitulating to a band of right-wing extremists.” 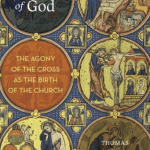 October 9, 2017
The Biggest Problem For Atonement Theories?
Next Post

October 10, 2017 I'm For The Unarmed Empire
Recent Comments
2 Comments | Leave a Comment
"'This renewal began first with the renewal of the people of God (chapter 5 or ..."
Kostya2 Putting the Bible Together
"In Christ, there is no Jew or Greek, male or female."
Silverwolf13 Go Home or At Home?
"I just started to read about Scot Mcknight! His arguments are good.However, I recommend Scot ..."
Yechan Namgoong Tim Keller under the Eye
"" if it be Your will" 1 John 4:14,15 says, 14And this is the confidence ..."
disqus_5T2jXBEN10 JesusCreed.org Blog Prayer
Browse Our Archives
Related posts from Jesus Creed