Do The Bible’s Proverbs Promise Too Much? 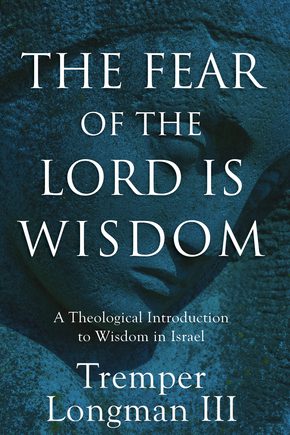 If you do this, if you don’t do that, then you will get this or not get that. It’s called “retribution theology” and “reward theology” and Tremper Longman examines whether this theology in the wisdom literature promises what it can’t possibly deliver. Is Proverbs unrealistic? Is Proverbs the prosperity gospel in ancient form?

This issue of retribution, or what I like to call “correlation” theology, cannot be shelved in books about history as if it is now a bygone era. I’ve met many Christians who operate with the correlation theology: If I do this, if I read my Bible, if I pray, if I live obediently, if I follow Jesus … then I will be blessed.

When bad things happen such persons wonder why God hasn’t lived up to the divine sign of the bargain.

Longman’s book is called The Fear of the Lord is Wisdom.

Proverbs 11:8: “The righteous person is delivered from distress, but the wicked will take his place.”

Then comes the Book of Job. And Ecclesiastes. It’s not so simple even in Bible’s own wisdom literature. So, we have two traditions at work: one that correlates result with behavior and another that challenges any simplistic correlation.

While the book does not purport to answer the question of why humans suffer, it nonetheless completely undermines belief in mechanical and absolute retribution theology. … Job differs only in knowing that he is innocent, though his retribution theology leads him to accuse God of injustice. The conclusion of the book of Job serves to repudiate this crude, naive way of thinking about retribution. To suppose that a person suffers because they are a sinner (or that they live well because they are wise, godly, and righteous) is not only wrong-minded but cruel.

If there is no justice in this life and there is no (certain) life after death, then where is justice to be found? Nowhere for sure. Thus, according to Qohelet, one cannot count on proper retribution in this life or the next.

Our conclusion was that the frame narrator affirmed Qohelet’s speech was true given the stated context. That is, he is right that the righteous/wise/godly are not always rewarded and the wicked/foolish/ungodly do not always suffer in this life (“under the sun”). Thus, those who presume that they will be rewarded for good behavior (the prosperity gospel) are much mistaken. That said, the frame narrator has a different perspective on divine judgment. Indeed, the very last thing he tells his son, and the final statement of the book, is “for God will bring every deed into judgment, including every hidden thing, whether good or evil” (12:14). Thus the conclusion of the book of Ecclesiastes is that, while retribution may not work out in this life, there is a future judgment.

Now Proverbs, and here are the money quotes:

First, the better-than proverbs demonstrate that, in the mind of the sages who produced Proverbs, people sometimes or perhaps frequently have to choose between wisdom and wealth, and when such a situation arises, there is no doubt about which to choose. The second consideration will lead us back to the question of the proverb as a genre, where we will see that … proverbs don’t make promises.

[Thus:] Better to be a humble spirit with the needy than dividing plunder with the proud. (16:19)

It is a mistake, though, to treat the proverb as a type of guarantee. That is not what proverbs do. Again, it is a genre issue. Proverbs are not in the business of giving promises. Rather, they encourage people toward attitudes and actions that will lead toward a desired goal, all other things being equal. It is more likely that a child will grow up to be wise if their parents train them in the Lord’s way. But perhaps that child will come under the negative influence of his or her peers (see, for instance, the advice given in 1:8-19).

But the book of Job, in particular, urges its readers to move beyond the questions of whether we deserve what life brings us. Yes, as the lament psalms and the book of Lamentations demonstrate, God invites his people to express their pain to him, including their anger directed at God. However, the story does not end there. Ultimately, according to the picture of suffering developed in the book of Job, God desires our silent trust in spite of the pain of life.

Correlation is my best attempt to express what’s at work here: there is a correlation between life and consequences. But it’s not simplistic and it’s not a promise. What I think is most helpful from Longman is that Proverbs’ proverbs are a genre exhorting people to live wisely.

Parents speak like this to their children often (“if you do that, that will happen” or “if you don’t do this, this will occur”).

A friend of mine once warned his son of the potential disasters of gambling. So he took him to a casino, placed some kind of bet in a slot machine, and out popped several hundred dollars. It is wisdom literature to say “Those who gamble their wages bankrupt their family” but sometimes a few hundred dollars come from gambling.