Which Evangelicalism Have You Abandoned?

Evangelicalism has no official membership even if there are a few who’d like to be the ones who decide. But one thing is clear: Many have left evangelicalism. That is, they say they have left. One might just answer back that “once an evangelical, always an evangelical.” I don’t think this little quip works.

In his new important book,

In Search of Ancient Roots: The Christian Past and the Evangelical Identity Crisis, Kenneth Stewart asks a really good set of questions.

He asks But which understanding of evangelicalism did you leave?

He proposes a few different perceptions, understandings, whatever, kind did you leave? I’m slightly adjusting his categories but I got the ideas from Stewart.

Or did you break from the kind of evangelicalism that thought America was going to hell, morality was falling into the pits, Christianity was losing its hold on America, and we need to get back to the basics all over again. This group was oppositional to the core: it was against the mainlines, against culture, against progressives. This is belligerent or fundamentalist evangelicalism.

Or did you leave the kind of evangelicalism that believed its origins where, Yes, connected to the 19th Century’s changes but also to the Great Awakening, but even more to the Reformation, and beyond the Reformation to the New Testament itself. I would add in here that some in this historic approach to evangelicalism are unafraid to speak of the patristics, the Creeds, and medieval and renaissance Christian theology. Let’s call this historic or apostolic evangelicalism.

Which was it for you? 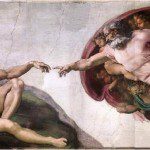