The Soul of Evangelicalism: What Will Become of Us? 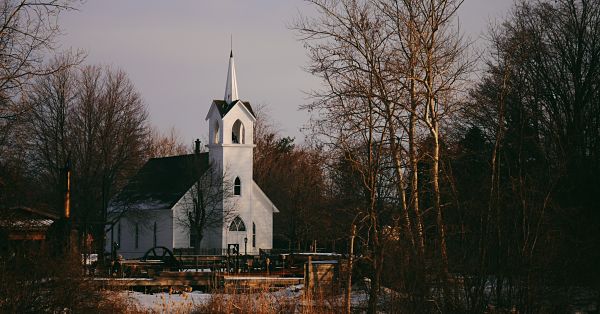 Not long ago I posted on the loss of the evangelical soul, a post in part stimulated by the tone of conversations I am witnessing on FB. Everybody’s a prophet these days and thinks so because, so they think, they are speaking truth to power. They’re not. They’re yelling in a barrel full of self-appointed prophets.

Those four elements are crumbling, folks, they are crumbling. It’s not that evangelicalism has been yet again swamped by politics and lost its way. Rather, it is swamped by politics because those four elements are crumbling. Bible and theology are of little interest other than an odd Bible citation to prop up a claim. Small groups read books by well-known authors, rarely are they studies on a single book of the Bible (publishers aren’t selling these as well today), far too many of its most prominent theologians write books unanchored in Scripture and they do not begin with sketches of the Bible.

Missions, international missions and foreign missions are now engulfed in NGOs and global justice and water and infrastructure. Evangelicalism was built on evangelistic church-planting pioneers. Always, or at least nearly always, such missionaries were fully engaged in church-planting as well as compassion and provisions so far as they were able. But they were there to preach and teach the gospel and win people for Christ. That’s evangelicalism. A friend of mine, a missionary, told me that the last 15 years in his corner of the missionary world has seen not one new missionary concerned with church planting and evangelism; they are all NGO types. Giving to NGOs is on the rise; giving to church-planting on the decline. Organize a day for evangelism training and you will be alone or close to it; organize a day for some kind of social action and you may see more than Sunday morning service.

Where are the Pastors?

Speaking of which, vocations for becoming a pastor are diminishing as well. Somewhere at the core of American evangelicalism is an energy that is shaping future leaders into NGOs and social services and away from seminaries, missions training, and the calling to local church pastoring. Daily as I scanned my DMin cohort as we toured Israel I saw a gathering of faithful, hard-working, local church pastors who know the calling is hard and rewarding. I’m proud of their commitment to the Bible. They wanted a DMin but they wanted Bible, Bible in context, but Bible above all.

Atonement theology has fallen on hard times. It has become politicized into penal substitution, which for some means propitiation, vs. some other center of gravity — and more and more it has moved toward Girardian scapegoat theory, exemplary theology, or a very soft Christus victor. Hard headed conservatives are protecting propitiation at all costs and neglecting kingdom themes in the process and so distort atonement while committed progressivists are determined to prevent the wrath of God against sin and sinners (mentioning Jonathan Edwards does the trick) so they can find some “theory” of atonement that turns the Holy Week into justice and more justice. Evangelicalism from beginning to end is a cross-shaped atonement-based gospel and there is little appeal for a new book like John R.W. Stott’s The Cross of Christ except with the propitiation crowd, who are in an echo chamber of Stott. I have attempted to sketch a comprehensive theory of atonement in A Community called Atonement.

A way to slurring someone is to say they are part of the megachurch movement or the church growth movement or who want to talk about how their church has grown by way of evangelism or baptisms. Conversion’s favorite emphasis is life-long conversion but not first-time declarations of allegiance to Christ. Criticism of the “Four Spiritual Laws” or the “Bridge Illustration” is not replaced with something better but is replaced with exactly nothing.

The pietist basis of Christian activism in evangelicalism, an activism that was first of all evangelistic, missionary-shaped and church-planting oriented, has been swallowed up by social justice activism. Evangelicalism of the 19th Century was clearly socially-engaged but it was socially engaged as a piety-based and evangelism-based movement. The skinny jeans crowd today seems more often than not allergic to piety-based, evangelism-based activism. I’ve been told again and again that it’s form of “evangelism” is deed-based not word-based. That is a failure of nerve and it is failure to be evangelical.

Along this line, words like sanctification — growth in holiness — and holiness itself are heard only in a small circle of the Neo-Reformed and pervade organizations like The Gospel Coalition. In this they are entirely consistent with the core of what “activism” means in evangelicalism. But outside those circles, who’s writing or preaching or speaking about holiness? Not many. Sanctification among such crowds smacks of Puritanism and we’re back to Jonathan Edwards, and that’s a big No-No. But evangelicalism always had its Wesleyan and holiness and sanctification dimension.

Pride in Politics rather than Piety

Leaders want a place in the circles around the White House and when given one it’s a source of pride. Pride is no longer accorded those who faithfully read and teach the Bible, who glory in the cross of Christ, who preach conversions and transformations, and who are engaged in a piety- and evangelism-based activism that encompasses the whole person.