The Scandal of the Evangelical Soul 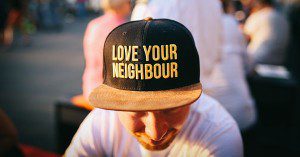 Serious Christian conversations about other topics have been brushed aside and even entirely dropped. The election has been the only topic. One would think that whoever is the next president will somehow take us to the promised land. Kingdom of God, as I have argued in Kingdom Conspiracy, and president of the USA are barely distinguishable.

Passions seems to have been entirely engulfed in nothing short of hatred and contempt for Trump.

Demonization and Other-ing are the method now of political discourse. Just as Chris Cuomo has demonized Trump, so Sean Hannity has demonized President Obama. Choose your scapegoat, but scapegoating is the method.

Noticeably, the voices of those who voted for Trump have been silenced into a corner while their voting did the deed.

Everybody thinks they’re a prophet, which (for too many) means social criticism of the federal government. (Prophecy is far bigger and better.) FaceBook rants, diatribes, pointing toward the supposed foibles of our targeted leaders, and criticism of the evangelical Right have become the norm. They are filled with caustic words. This is not Christian, nor is it civil.

James 3:9    With the tongue we praise our Lord and Father, and with it we curse human beings, who have been made in God’s likeness. 10 Out of the same mouth come praise and cursing. My brothers and sisters, this should not be.  11 Can both fresh water and salt water flow from the same spring?  12 My brothers and sisters, can a fig tree bear olives, or a grapevine bear figs? Neither can a salt spring produce fresh water.

Politics has divided the church and stripped the soul from American especially evangelical Christianity.

Some have contended that they have left the church because it was too political, but the irony is that it was because the politics was not their Leftist brand. They have now become fierce critics of their brothers and sisters in Christ who may well have voted the other way. (They’re afraid of being crowdpounded so those who did stay silent.)

There is plenty of triumphalism among the Right but because of social media they have been more silent than verbal. But the triumphalism is there. The Right has its amygdala as stimulated by presidential politics as the Left.

Civil discourse has disappeared from the USA. Christians, who have every reason to be the most civil of all people — read Richard Mouw’s books on Civility — have joined the throngs instead of pointing to a different way. This shows the soul has been stripped from the church.

The church of Left and Right has been co-opted and the witness has turned the volume knob to mute.

How about this? One month, no conversations about Trump, about the election, and see what happens. We may find this as difficult as going off social media for a month. We may discover a whole new conversation, something wholesome and something edifying. Something unifying.

January 31, 2017
Archbishop Foley Beach and the Refugees
Next Post

February 1, 2017 Where Have All the Skinny Jeans Pastors Gone?
Recent Comments
123 Comments | Leave a Comment
"'This renewal began first with the renewal of the people of God (chapter 5 or ..."
Kostya2 Putting the Bible Together
"In Christ, there is no Jew or Greek, male or female."
Silverwolf13 Go Home or At Home?
"I just started to read about Scot Mcknight! His arguments are good.However, I recommend Scot ..."
Yechan Namgoong Tim Keller under the Eye
"" if it be Your will" 1 John 4:14,15 says, 14And this is the confidence ..."
disqus_5T2jXBEN10 JesusCreed.org Blog Prayer
Browse Our Archives
Related posts from Jesus Creed