You Can’t Read Philemon And Not…

You Can’t Read Philemon And Not… November 27, 2017 Scot McKnight 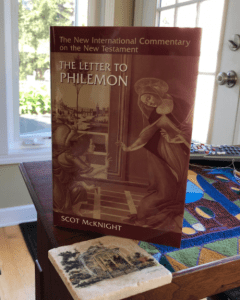 The letter of Paul to Philemon, a slaveowner in Colosse, was meant to be read publicly. Right off the bat Paul writes, and the reader of the letter repeats, is “To Philemon our dear friend and co-worker, to Apphia our sister, to Archippus our fellow soldier, and to the church in your house.” So, not just to Philemon as if this could be read in a back room privately. No, to Philemon and to Apphia and to Archippus and then also to the church that meets in your [Philemon’s] home.” So the letter was for a larger than one audience. (See my new The Letter to Philemon.)

My contentions today are that you can’t read this letter, or you can’t sit in Philemon’s home and hear this letter being read and not…

See Philemon put in the dock. As I read this letter over and over I kept (and still keep) thinking, “Man, Paul put this man in a corner in front of everyone.” He did. Paul had to.

Think that those with privilege and power are called to change the culture. Paul didn’t ask Onesimus to go back and challenge Philemon. Nor did he empower him to go back and start a revolution. Paul went to the powerful with a challenge: power is in your hands to change the household and I’m challenging you to embody the challenge with Onesimus. We hear a lot about white privilege today, and I’d expand that to economic privilege and power privilege. To the expanded group of privilege Paul says, “It starts with you. Now.”

Know that Onesimus’ life is dependent on what a Christian man chooses to do. In my work on Philemon I often pondered this: “Poor Onesimus, poor in two ways — economically and in power — is totally dependent on the decision of Philemon.” Let us not forget that those in power are sometimes, and more often than even that, the only ones who can change the culture. Onesimus the slave was dependent in this letter-culture of Paul and Philemon on the decision of Philemon. Feel for Onesimus. Feel for every slave in that household. Feel for every slave in Colosse.

Realize that leaders like Paul have a call to establish a kingdom culture in the church. Let’s get behind Philemon, the slaveowner. It is Paul, a man who is not from Colosse and has never been there. Paul, however, was a gospeler in the Roman empire. Paul was an apostle. Paul’s co-worker Epaphras started that church in Colosse. Paul saw his call come to fruition in the challenge of this little letter: welcome the man back, he said. Even more, turn him into a brother in the household. That’s kingdom culture taking root in embodied form in Colosse.

Cheer for Onesimus’ homecoming and welcome. I find myself cheering for the man Onesimus, even if I know the story from the end. I like to imagine him walking into the house meeting eyes with Philemon and with others in the home, including probably fellow slaves. There may have been some unsure glances but we know the story so we know in the eyes of Onesimus is hope for himself and for everyone in the household.

Watch everyone in the household as they observe the letter’s gravity shift from Paul to Philemon to Onesimus and back to Philemon. You don’t hear this letter well if you don’t go from face to face as the letter slowly — don’t read it fast, please — moves line by line from Onesimus to Philemon to the reader (who is Paul in proxy) to Philemon to Onesimus. Watch them. Imagine their faces. Watch Philemon go through pride for being patted on the back to hearing the slave man is now his brother to wondering what others in Colosse will think to wondering what the slaves in the house think… just watch, and imagine. The only way to read this letter is to watch faces.

Think that those with money can remit the debts of others. One of the more interesting features of this letter is when Paul says that if Onesimus has incurred a debt — sounds like theft, sounds like a runaway — then Paul will pay it. Paul puts his money on his gospel and his slave and on reconciliation as the way of the kingdom in Colosse. Those with money need to put their money on their convictions. Quit talking and give.

Embrace reconciliation and fellowship as starting in the church. Paul is not thinking in terms of an emancipation proclamation or of manumitting slaves everywhere in Asia Minor or in the Roman empire. He thinks Colosse and Philemon and Philemon’s household, for gospel and kingdom cultures begin locally and with you and I doing it where we are in ways we can do. Paul saw a kingdom reality — “no longer a slave, but better than a slave, a brother” — starting with local house church fellowships.

It begins with the church, and from the church to the world. That’s the order. 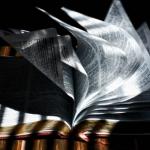