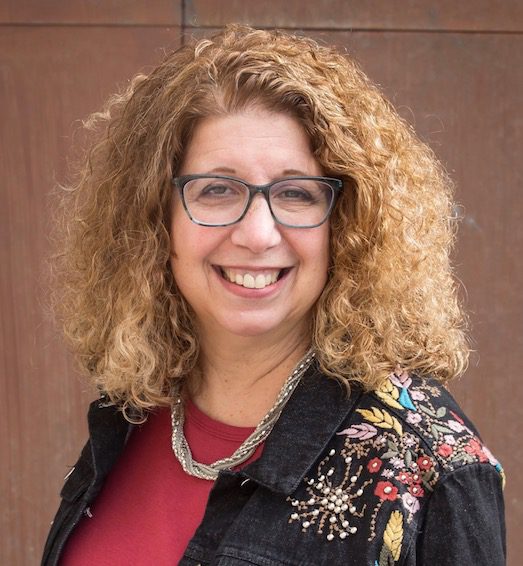 I once sat in a prayer meeting where a well-meaning woman prayed to cast out a demon named “The Spirit of Menopause”. Apparently, the afflicted woman was having a difficult time with hot flashes, and the pray-er diagnosed her as dealing with a case of spiritual warfare.

My family and I spent many years in Charismatic churches: both second-wave and third-wave congregations. My husband and I appreciated the passion for God and the sense of expectancy that we would witness signs and wonders just like ones described in the book of Acts. At the same time, we struggled with the faddishness, the anti-intellectualism, and the times when we saw displays of spiritual power pursued over fidelity to Scripture.

One other area in which we felt tension was the heavy-duty focus on spiritual warfare. It seemed at times as if some of our fellow congregants formed their theology around the topic by a close reading of Christian author Frank Peretti’s wildly-popular supernatural fiction series first released in the 1980’s. This series includes This Present Darkness, Piercing The Darkness, and Prophet. As a result, I saw what can only be classified as superstition, such as the person praying against an evil spirit deemed responsible for hot flashes, or those who constantly worried about only speaking forth positive-confession “words of life” lest they bring a curse upon themselves.

When there was a disproportionate emphasis on spiritual warfare, some ended up with a dualistic worldview, as if the world was caught in a war between two equal competitors, God and Satan. Though our sung worship in church services clearly celebrated Jesus’ victory over sin and death, when there was a heavy focus on spiritual warfare in the congregation, some spoke as though that victory was experienced most accurately in the trenches of spiritual battle.

This isn’t to say that everything was emotional excess and drama. I am humbled to have witnessed some true miracles in the area of deliverance. Specifically, I can think of a few occasions where a believer entrapped by hitherto-unconfessed, deeply-entrenched sin experienced new freedom after deliverance prayer. The experience of deliverance didn’t negate the need in the person’s life for ongoing discipleship, but it freed them to follow Jesus more fully than they’d found themselves able to do before.

Deliverance was a sign that the kingdom of God was at hand. After Jesus faced Satan in the desert, Scripture tells us he returned in the power of the Spirit to Galilee, and made his way to Nazareth. On Shabbat in his hometown synagogue, he was handed the scroll of Isaiah to read aloud. The portion he read included these words from Isaiah 61:1-2: “The Spirit of the Lord is on me, because he has anointed me to proclaim good news to the poor. He has sent me to proclaim freedom for the prisoners and recovery of sight for the blind, to set the oppressed free, to proclaim the year of the Lord’s favor.” (Luke 4:18-19)

He then rolled up the scroll and sat down, communicating his mantle of authority to the surprised crowd. He told them that this prophecy was now being fulfilled. Indeed, throughout his ministry, he cast out demons from many who were being oppressed by them. And he told his disciples just hours before his arrest that they would be empowered and equipped to do what they’d seen him do throughout his ministry – and more: “Very truly I tell you, whoever believes in me will do the works I have been doing, and they will do even greater things than these, because I am going to the Father.” (John 14:12) Continualists, including our former co-religionists in Charismatic churches, believe that supernatural gifts, signs, wonders, and miracles continue today live with heightened expectation that those “greater things” to which Jesus referred should be happening regularly in the Christian life.

I remain in the continualist camp theologically, though it’s been more than a decade since we worshipped regularly in a Charismatic congregation. My husband and I appreciate the relative calm of worship structured around formal liturgy. At this point of my life, I don’t have the energy for the emotionalism and occasionally-wacky theology of the Charismatic churches of my past.

But not long ago, I realized I’d quietly drifted from considering spiritual warfare as a factor in my present life. A friend faced a cluster of life-threatening health issues, unexpected financial challenges, and family crises just as he was about to step into much greater ministry responsibilities. He confessed he felt a sense of darkness enveloping him. I empathized, I prayed he and his family would endure – and it was only days later that it occurred to me that maybe, just maybe, the intensity of these trials was compounded by spiritual warfare.

I’ll confess that my burn-out from some of extremes and abuses I witnessed in the past have made it easy to shelve the topic. However, reality is that the roaring lion prowling around us has not been de-fanged. I recognize my drift away from even considering this as a possibility is a reaction – a swing to an opposite extreme.

Jesus Creed readers, I’d love to hear from you – especially those of you who may have spent time in circles where there was an unhealthy focus on spiritual warfare. How have you found your way forward toward a wise, mature approach to the subject?