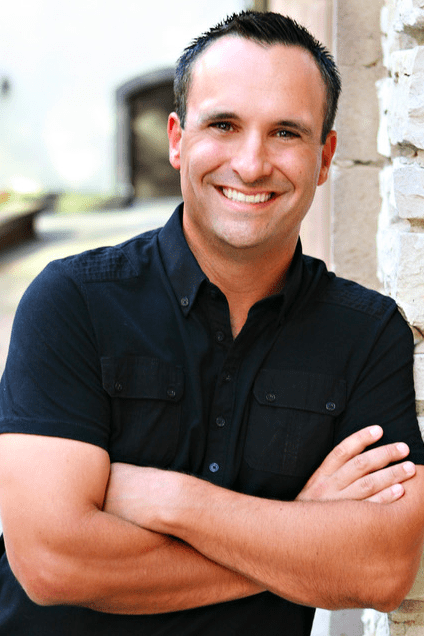 It’s no secret that most stay-at-home moms or dads struggle on occasion to feel a sense of appreciation, worth, or significance amidst the day-to-day grind of raising children. During a season of life when she was at home full-time with their children, Dr. Tony Campolo’s wife Peggy would occasionally face the question, “And what is it that you do?”

Eventually she crafted the following response. “I am socializing two Homo Sapiens into the dominant values of the Judeo-Christian tradition in order that they might be instruments for the transformation of the social order into the kind of eschatological utopia that God willed from the beginning of creation.”

Then Peggy would ask the other person, “And what do you do?”

Asking somebody “what they do” is one of the most common conversational icebreakers. Some are eager to answer and others, not so much. The eagerness of some to answer the question and the reluctance of others not to do so, is rooted in a common awareness. We live in a culture which assigns significance and worth to people on the basis of what they do.

One could call this “ascribed value.” People’s value and worth are ascribed on the basis of what they accomplish, their appearance, or something they have which their culture values. This is the world we live in. This is the narrative we’re encouraged to lean into and live out of.

There is another narrative, though, out of which we can live. It’s the narrative of “intrinsic value.” This narrative says our value and worth is rooted, not in what we do, but in who we are and whose we are.

In the last couple of installments I’ve explored some of what it means to lead and minister from the blessing of God as opposed to for the blessing of others. One of the great temptations servant leaders face is the temptation to derive our sense of worth from what we accomplish or what others may say or think about us. We wrestle to live beyond the narrative of “ascribed” value.

There’s much to be said for having our ministries rooted in who we are as God’s sons and daughters. We derive our sense of worth from what God has declared over us and demonstrated for us in Christ.

Learning to live and minister from the blessing of God sets us free to truly love, lead, and minister in so many ways. And when we’re set free, people in our spheres of influence have a better chance of being set free themselves. After all, free people free people.

Here are five ways living from the blessing of God sets us free.

Living From The Blessing…..

Frees Us To Tell The Truth

Jesus spoke of his teachings as the truth that sets people free. There are times, though, when the truth can initially make people miserable in the process of setting them free. If our sense of significance and worth is dictated by how favorably people respond to us, then we won’t be as inclined to tell them the truth when it runs the risk of offending or upsetting them. Living from the blessing of God enables us to be about the ministry of truth-telling, particularly when it’s difficult for people to hear and receive.

Frees Us To Receive Counsel And Correction

When our sense of worth is rooted in who we are and not what we do, we’re then in a healthier place to receive feedback when it comes to what we do.

There’s something worse than a foolish young minister. It’s a foolish old one.

Frees Us To Live With Some Being Disappointed With Us

Ronald Heifetz describes leadership as “the art of disappointing people at a pace that they can stand.” The conductor at some point has to turn his or her back to the crowd and lead. In some cases, it’s difficult to do what’s best for others if we’re consumed with pursuing a blessing from others.

Frees Us To Risk Failure

If our sense of value is tied to “batting a thousand,” being perfect, or always being successful then we probably won’t take many risks. It’s been said before that failure is an event, not a person. In some cases, we learn to do things well by first doing them poorly. In other cases, failure is necessary when it comes to discerning what your particular calling is and even being innovative in ministry.

Frees To Be Who We Were Made To Be

Most of us probably know Ted Giannoulas even if we’ve never heard his name. He was the San Diego Chicken for more than 30 years. Though I grew up in Texas, I have a fair share of memories of the San Diego Chicken darting across my screen in televised major league baseball games. Being the San Diego Chicken was Ted’s life and his whole identity. He loved the way people responded to him. He lived for their laughter and applause.

But it came at a price. He eventually quit the job. When he was asked why he quit, he confessed to feeling like he had lost too much of his life in the chicken suit. As he put it, “I’m realizing I have plenty of Chicken stories, but no Ted stories.”

Here’s to having some of your own stories, for the sake of the glory of God through you and the good of the world around you.

January 24, 2018 From a Female Pastor and Theologian
Recent Comments
1 Comment | Leave a Comment
Browse Our Archives
get the latest from
Evangelical
Sign up for our newsletter
POPULAR AT PATHEOS Evangelical
1

Where Evangelical Christianity Has Missed It
"I am a Christian, not because someone explained the nuts and bolts...
view all Evangelical blogs
What Are Your Thoughts?leave a comment
Copyright 2008-2021, Patheos. All rights reserved.