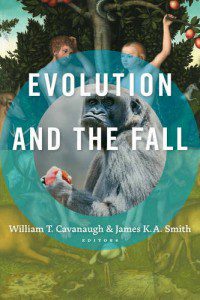 What claims are made in the New Testament when it comes to Adam and Original Sin?

Joel B. Green, Provost, Dean of the School of Theology, and Professor of New Testament Interpretation at Fuller Theological Seminary contributed a chapter to the recent book Evolution and the Fall addressing just this question.  Green finds the primary significant passages in Paul (of course) and James. The latter is unusual and gives something of a different emphasis to his discussion than that found in the work of most other  scholars.

Before digging into Paul and James, Green looks other Second Temple works, Life of Adam and Eve, 4 Ezra, 2 Baruch, and Biblical Antiquities. Although the sin of Adam and Eve plays no significant role in the Old Testament after Genesis 3, it had become a topic of speculation in the Jewish world. This provides a context for Paul and James.  Green concludes: “Paul and James would have swum in the same theological pond as the Jewish authors … and their contributions can be read in dialog with perspectives like those of 4 Ezra or Biblical Antiquities.” (p. 106)

Green’s summary of the pond: Adam’s disobedience results in human mortality but each individual human remains responsible for his or her own sin. “In short, when sin’s origins are discussed, Jewish writers of the Second Temple period refer to human choice even as they speak of Adam’s (or Adam and Eve’s) influence. Sin is not compulsory, even if its ubiquity might suggest its inevitability.” (p. 105)

So what about Paul and James?

Paul understands sin as “more a power from which humans need to be liberated than individual wrongful deeds for which humans require forgiveness.” (p. 106)  This is particularly clear in Romans 5-7.

Sin “entered the world” (Rom. 5:12), where it exercised power reminiscent of a master-slave or king-subject relationship. Humans are “controlled by sin” (Rom 6:6), the aim of sin is to “rule your bodies, to make you obey their cravings [epthymia]” (Rom. 6:12, my translation), people present “parts of their body to sin as weapons to do wrong” (Rom. 6:13), and people comport themselves as slaves to sin (Rom. 6:16). Whereas in the Life of Adam and Eve, cravings give rise to sin, for Paul the opposite is the case: sin produces all kinds of cravings. And whereas in the Second Temple literature we surveyed obedience to the law was the means for countering cravings and sin, for Paul the law is an instrument sin uses to cultivate those cravings (epthymia; Rom. 6:12; 7:7-8). The baptized were formerly enslaved to sin, but they are now liberated from its dominion (Rom. 6:17-18, 20, 22). (p. 107)

Green also argues that Paul universalizes the power of sin over all of humankind, but this is “because everyone follows Adam in sinning.”

Adam’s sin sets the pattern for human sin more broadly, to be sure. But for Paul sim itself is a power that cannot be overcome through obedience to God’s instruction, not because God’s instruction is defective but because human efforts are inadequate in the face of sin’s pull. Accordingly all humanity stands in need of the life available in Christ. (p. 110)

Everyone needs Christ, and this is God’s path to conquer the power of sin in the world.  This is the revolution in Paul’s portrayal of the good news of Jesus Christ.

Sin from within. James, according to Green, has a somewhat more personal take and also a view that is closer to the Second Temple literature.  The cravings of human desire gives birth to sin.  God is not to blame for human sin because sin originates from within.  “This God does not send temptations (James 1:13-15), but good things. This God does not waver between giving good things and bad things, for his character is consistently oriented toward providing good things.” (p. 112)

Left to their own devices, humans for James are subject to their own cravings; their hearts lean toward disobedience. He does not tell us how this came to be, apart from intimating that this is the way of earthly wisdom. … Reflecting on James, Wesley rightly concluded, “We are therefore to look for the cause of every sin, in, not out of , ourselves.” Or as James puts it, “Everyone is tempted by their own cravings; they are lured away and enticed by them.” (James 1:14). (p. 114)

Original Sin. Paul and James provide a context from which the “traditional view” of the Fall can be developed, but the doctrine is not clearly taught within Scripture.  The emphasis in Paul is on sin as a power and master, the emphasis in James on sin as human cravings rather than coming from God. Because the doctrine is only developed from Scripture rather than clearly defined in the pages of Scripture there is room for us to reconsider aspects of this doctrine.

Accordingly, on the issue of original sin, scripture provides plenty of room to take seriously the primary questions raised by evolutionary biology. The qualified view of original sin to which scripture bears witness does not require belief in a first human couple, Adam and Eve, or in traditional notions of a historical “fall,” or in the traditional view of sin’s genetic transmission. The doctrine of original sin – this is not one of those areas where one might urge a forced choice: scripture versus science. (p. 116)

Summary comments.  Green’s insights into both Paul and James are well worth reading in their entirety. His discussion of Paul’s focus on sin as a power sent me back to the text once again, considering the central purpose of Paul’s argument. Paul’s encounter with the risen Christ has taken him out of his first century “pond” and given him new insights from which we benefit. But the focus is no on Adam, the focus is on Christ and his victory over sin. We are no longer enslaved. James, on the other hand reflected on sin from the first century pond in which he swam, but he also has much to offer us.

Is sin an external power or an internal craving?

What do you see as the focus of Paul and James and their views of sin?

February 28, 2018 Mission Or Mission?
Recent Comments
3 Comments | Leave a Comment
Browse Our Archives
get the latest from
Evangelical
Sign up for our newsletter
POPULAR AT PATHEOS Evangelical
1