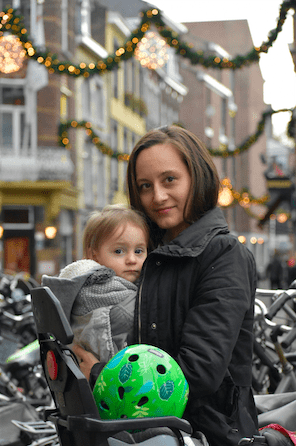 “I do not believe I broke the law,” Andy Savage claimed, as he confessed on live radio to actions that broke Texas law.

Savage has been accused of sexually assaulting a student under his care back when he was a youth pastor. He recently appeared on his friend Ben Ferguson’s radio show to talk about the case and said, “We had a spontaneous physical moment that was out of bounds for my commitment to sexual purity, but I did not commit a crime.”[1]

Texas law at the time made it illegal for a clergyman to use his role as a spiritual adviser to exploit someone’s emotional dependence for sex. But the statue of limitations had passed by the time Woodson filed her police report, so no charges were able to be brought against Savage. He is on a leave of absence from his current church, Highpoint Memphis, while lawyers investigate his ministry.

After the Ferguson-Savage interview aired, Shannon Dingle wrote on Twitter, “The way Andy has acted through this whole interview makes it clear that he thinks his biggest mistake with Jules was not being sexually pure. He owns nothing about the power differential of being her youth pastor, his initial attempts to cover it up or, you know, the sexual assault.”

Savage seems to see what he did to Jules as being the same as two unmarried adults having consensual sex: a common indiscretion that requires repentance but not jail time. The view that all sins are equivalent is called sin-leveling. It’s a problematic perspective because it only considers God’s moral law, not the damage on another person nor the breaking of civil laws. Applied to sex, sin-leveling sees rape as no different from premarital fooling around. The sin is between the person and God, God is the only one who needs to give a response, and if the sinner repents to God, he is forgiven, and the sin is forgotten.

Savage’s reflections on the incident, and the responses of all the other pastors over the years who knew about it and did not call the police or remove him from ministry, show how Christian leaders do not understand sex crimes and sexual ethic violations.

If Savage had been dating a woman his own age, who was not a part of his church, and they mutually agreed to have oral sex in his car, and there was no danger to the woman nor any power differential between them, then according to the Southern Baptist perspective on sex (Savage’s denomination), that would have been immoral. It would have also been hypocritical considering his work with True Love Waits, telling other people not to have extramarital sexual contact. This hypothetical sex would not have been unethical in his role as a pastor, and it would not have been illegal in Texas.

It would have been a sin in the eyes of his church and himself, and confession and repentance (and disqualifying himself from purity preaching) would have been appropriate results and consequences.

Even though Savage admitted that his actions with Woodson were “out of bounds for my commitment to sexual purity,” he did not confess until caught, and he and the pastors over him did not remove him from purity preaching. So, even regarding immorality, Savage’s choices were not dealt with properly.

If Savage had pursued a sexual relationship with a woman his own age in his church who came to him for pastoral counseling or care, and even if she had enthusiastically consented to sex with him, it would have been immoral AND unethical in his role as a clergy person. In some states, it would not have been illegal. But in Texas, where Savage had a sexual encounter with Woodson, it was illegal as well as unethical.

Care providers have an ethical obligation not to take advantage of people in their care. Most care professions have ethical standards, and licensed professionals can be stripped of their professional qualifications for violating them. Some states have wisely codified this into law, and teachers, counselors, clergy members, and others can be prosecuted for abusing those in their care.

If Savage had had sexual contact with a minor outside his role as a youth pastor, that would have been illegal, because minors cannot consent to sex with adults.

Woodson had confided struggles and vulnerabilities to Savage. She trusted him. He took her to a place where she was isolated and frightened, and he initiated sexual contact. She complied to keep herself safe, but she did not consent. Under Texas law, she could not have consented.

Savage’s actions were immoral AND unethical AND illegal.

Most of the church leaders who have worked with Savage have also failed to deal with the illegal and unethical nature of Savage’s actions toward Woodson. There has been one positive development, however: the recent response from Larry Cotton. Cotton was the associate pastor of the church where Savage was youth pastor, and he was the person in whom Woodson confided about her experience. He did not properly handle her disclosure. Cotton just resigned from his current church, and in his resignation statement, he wrote, “I failed to report the sexual abuse —I wish I had reported to the proper authorities. I contributed to the pain and suffering of Jules and others…”[2] Savage called it an incident; Cotton called it abuse. By confessing his failure in not reporting it for the crime it was, Cotton has made it harder for Highpoint leaders to continue ignoring the illegal and unethical sides of Savage’s sin.

This case shows us that American Christians still have much to learn about:

As Woodson said in her New York Times interview: “We as a church, of all places, should be getting this right.”

Becky Castle Miller is the Discipleship Director at an international church in the Netherlands and writes about emotionally healthy discipleship at medium.com/wholehearted. She conveys her five kids around town on bikes and studies New Testament in the middle of the night via Northern Live. Find her on Twitter and Instagram @bcastlemiller.