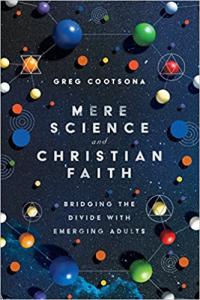 After an introduction and a brief discussion of emerging adulthood, Greg Cootsona, Mere Science and Christian Faith, digs into hermeneutics – the principles of interpretation that shape the way we read scripture, including the creation passages. It is unfortunate that some Christians and atheists find common ground on the issue of interpretation. Either a favored interpretation is true, or scripture is false and Christianity based on a misguided myth. Christianity is said to stand or fall with such ideas as a young earth, Job and Jonah as history, and a global flood.

Closer to the truth: the Scriptures are a collection of sophisticated and deep writings assembled for a purpose, to lead us to God and to tell his story. Greg quotes the statement put forth by Fuller Seminary “All the books of the Old and New Testaments, given by divine inspiration, are the written word of God, the only infallible rule of faith and practice.” (p. 62). He also points out that the early church creeds say nothing about Scripture, although the church fathers clearly read and valued Scripture as authoritative, shaping both faith and practice. Consistent with the echoes of Mere Christianity in Greg’s book, he also notes that C.S. Lewis “made it clear that he disagreed with inerrancy, which he called “Fundamentalist,” and didn’t concern himself with whether the Bible contained errors or not. He simply believed it was authoritative, read it daily, and sought to live out its message.”  (p. 62)

(1) “Whatever word we use to describe our commitment to the truth and power of Scripture-whether inerrant, infallible, or anything else-we’re committed to the ultimate authority (or primacy) of Scripture and not to our interpretation of it.“

(2) “Along with Old Testament scholar John Walton, we need to affirm that although the Bible can speak to us, it wasn’t written for us. We are overhearing a conversation that originally took place with another audience. That means we need to take time to learn about the ancient context in which God spoke in Scripture and then carefully seek to apply that to the twenty-first century. … The Bible is written in the thought forms of its day.“

(3) “We can’t simply hope to apply a passage directly to our context without taking in the original setting. So learning the historical, social, and scientific context of the passage can keep us from a myriad of interpretive sins. In other words, we have to work hard to find what’s in the passage and not what we’d like to find. We need to avoid making Scripture a mirror of our own faces and convictions.“

(4) “The literal interpretation is not the only one.” Some passages were not intended to be interpreted literally. The Scriptures use many forms and genres including history, parable, and story, poetry and prose, liturgical and provocative rhetoric. Even historical passages, while intending to relate historical events, use forms and structures common in the ancient world rather than the modern ‘scientific’ approach. Other passages may refer to ideas common in the ancient Near East, but out of favor today (e.g. the vault above the earth). In taking Scripture as authoritative we should commit to searching out the form and context of the text.

(5) “Go for the leaner, more humble interpretation. And when we don’t know, it’s okay to say that too.” (This he learned from Earl Palmer at First Presbyterian Church Berkeley.)

What does it mean to respect the authority of Scripture? 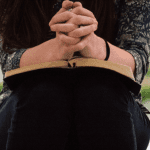 March 13, 2018 What Gerson Got Seriously Wrong
Recent Comments
10 Comments | Leave a Comment
"Many would say “biblical” and that, like forgiveness said C.S. Lewis of forgiveness, is a ..."
Doug Croze What is “Evangelical” Theology?
"Even if imputation is in view it is not the imputation of his life but ..."
John Thomson The Gospel and Double Imputation
"Fear is something dangerous, and it can direct your um curso em milagres youtube life ..."
burakdeniz The Miracles of Creation? (RJS)
"If Wilson limits his theology to what scripture explicitly states (and he does), then isn't ..."
Robert Zeurunkl The Subordinate Place of Supreme Honor: ..."
Browse Our Archives
get the latest from
Evangelical
Sign up for our newsletter
POPULAR AT PATHEOS Evangelical
1