Why Are So Many (Young) Evangelicals Now Progressives? 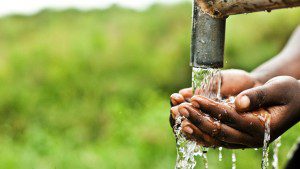 I came of age as a professor at the threshold of Ronald Reagan when so many American evangelicals climbed aboard the GOP and conservative politics (of a sort) and were against abortion (and voted accordingly for Republicans) and thought America was going to pot and, by golly, they wanted to make a contribution so they went Republican. Some full bore. Not all were Republicans but the majority was. Clearly. So much so that the word “evangelical” for many means “Republican.” This is largely uncontestable.

While it is not clear that we have an even flip flop so that the same percentage of evangelicals today are progressives and vote (more or less) Democrat and are often vehemently opposed to all things Republican, what is clear is that something has changed. What was formerly verboten — evangelicals voting Democrat — is now not only acceptable but many evangelicals in many contexts will not admit they are Republicans.

Is this nothing more than the yin and yang of a generation? Is it that progressives are more serious about the Bible’s or Jesus’ social vision and have studied him carefully enough to switch politics? Is it public, social or moral pressure? Is it public education? Is it an awareness of the world, or of Europe’s form of government? Is it sensitivity to racism and systemic injustices? Is it shame of affluence or complicity in systemic injustices? Is it an economic theory, that is, that current progressives have examined economic theory and think the free market or the kind of capitalism now running our world is immoral or unjust?

I’m interested in these questions and what you think and why you think it? Let’s have a conversation about this today.

March 15, 2018 A Day Without a Yesterday (RJS)
Recent Comments
222 Comments | Leave a Comment
"'This renewal began first with the renewal of the people of God (chapter 5 or ..."
Kostya2 Putting the Bible Together
"In Christ, there is no Jew or Greek, male or female."
Silverwolf13 Go Home or At Home?
"I just started to read about Scot Mcknight! His arguments are good.However, I recommend Scot ..."
Yechan Namgoong Tim Keller under the Eye
"" if it be Your will" 1 John 4:14,15 says, 14And this is the confidence ..."
disqus_5T2jXBEN10 JesusCreed.org Blog Prayer
Browse Our Archives
Related posts from Jesus Creed