The Conquest Of Cool 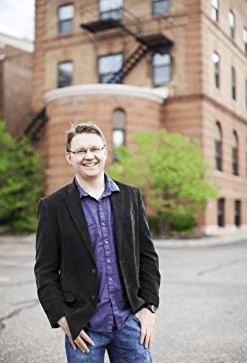 The irony of the Age of Authenticity is that it’s reaction and rejection of mass society and the Age of Conformity/Obligation became itself another kind of conformity: what Andrew Root calls the “conquest of cool” and the quest for cool as the quest for authenticity. The irony? It was established and it flourished through mass marketing. Wow, chapter five of his book Faith Formation in a Secular Age is brilliant.

The Beats and other bohemians who came before them had turned “hip” or “cool” into a spirituality. In Allen Ginsberg the refusal to grow up, the quest to remain forever young, had become the doorway into a new spirituality where cool, as the substance of authenticity, was central.

But this spirituality of cool was locked away, kept within the small bohemian enclaves that sought the authenticity of their desires. There was simply no mechanism to multiply the rebellious pursuit of cool.

The culture of conformity and the Age of Duty created a consumerism and captalism based on conformity until the youth turned against that kind of consumerism.

Organization Man attended and supported the church but flattened it into a bureaucratic institution without spirituality. Both turned to naturalism (either of desire or of science and organization) that had little room for divine action.  … Organization Man I was the gray-flannel-suit-wearing, dutiful conformist; he was the father who provided the suburban paradise that his teenage children were revolting against.

Revolt is one thing; numbers another. The numbers were funded by the marketers, and so the Age of Authenticity was wedded to a different kind of consumerism. The Conquest of Cool.

As the counterculture’s youthful prophets began to push back against conformity, calling the mass society a machine for repression, marketers were eager to herald the youthful as genius, providing them the very weapons for a coup d’etat against conformity. … The bohemians (and Freud) may have been the inspiration, but it was the marketers who funded the coup against conformity, formulating authenticity as the new social imaginary.

If slang, dress, and practices labeled cool were the acts that ushered one into the authentic self, then consumption would be the essential partner for those walking the trail of cool, seeking authenticity.

Once the youth began turning to bohemian pursuits of cool, marketers had the opening to turn buying from conformity to competition. Previously, you had to have a new car and a white fridge because it was your duty. But now you needed the coolest sports car and the brightest clothes to express your individuality, to reveal that you were cooler (more hip) than the other conforming squares in your neighborhood.

Personal: in my 60s and 70s the coolest thing was to have a VW and especially a VW van, which I never had. To have a VW (ironically enough, a Hitler based car) was to be cool, and it was to reject mass society and consumerism. Which, if truth be told, was created by the marketers at VW!!!! I did have a VW “bug,” which my colleague roommate called the “Adi-mobile.” I wore Adidas in those days and pronounced it not “a-DEED-us” but “Ah-dee-DAS.”

Oh man, Andy Root’s telling the story so well: “So marketers became the evangelists of authenticity by making the cool-seeking hippie into the hero…. In a world without divine action, youthfulness was now an eschatological category. … To be full of youth is to be authentic—this is why forty-year-old moms need to wear skinny jeans and why our churches so fear the loss of the millennials.”

May 1, 2018 Does Genesis Make Claims About History? (RJS)
Recent Comments
2 Comments | Leave a Comment
Browse Our Archives
get the latest from
Evangelical
Sign up for our newsletter
POPULAR AT PATHEOS Evangelical
1