Bobos In The Church 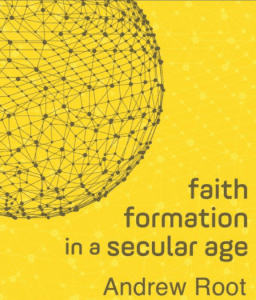 In his important book, Faith Formation in a Secular Age, Andrew Root discusses how the age of authenticity (be true to yourself, you gotta be you, I am who I am) finds expression in the church as Moral Therapeutic Deism (MTD). Read these descriptions:

Prior to 1965, in the age of conformity, few adults lived for fun and excitement—this would have been considered juvenile and a revolt against duty. … Youthfulness, then, is a spirituality without transcendence or divine action (the deistic element of MTD), with an anthropology of self-pursuit (the therapeutic) and an ethic for individualism (the moralistic). … But once the drive for authenticity is to follow the path of youthfulness, MTD becomes endemic, and you (and God) become your desires. Our conceptions of faith become chained to the pursuit of authenticity through youthfulness. …

Youthfulness, which is made of one part bohemianism and one part Freudianism, drives authenticity to conceive of existence as only natural and material, flattening reality and making divine action something unbelievable. …

David Brooks has called this hybrid “bobos.” Brooks defines bobos as those who combine the bohemian (one “bo”) with the bourgeois (the other “bo”), making experience, emotion, and hip individuality—the bohemian—achievable through association with the right products, fashion, and elitist style—the bourgeois. The bobo becomes a model of the one who has most successfully achieved authenticity through the strategy of youthfulness. …

It was boboism that radically changed our conception of faith formation, allowing youthfulness to mutate the transcendent call of Jesus to follow into a therapeutic pursuit of the self without divine action. Under the pressure of the evolving boboism, faith would be flattened. Essentially it became a safeguard that kept people from being jerks as they chased the authenticity of the self by following their inner rebel youth. The bobo’s pursuits are completely and finally cultural; she seeks authenticity as cultural spirituality and seeks self expression as much as admission to Yale. For the bobo, faith formation and church participation are about cultural participation that can support her individual cultural pursuits for happiness and success. MTD is the perfect description of faith for the bobo.

After WW2, evangelicalism caught a wave of attraction for mass society Americans: “The conformity of mass society gave the whole culture a conservative bent, and the Red enemy that haunted dreams sought to execute all religion, making Americans more inclined to remember to go to church and read the Bible.”

How? Youth for Christ, Young Life, Campus Crusade, not to ignore IVCF. Big one: Billy Graham.

The rebels of the 6os and 70s were joined by mainline ministers, which gave traditionalists impetus to join evangelicalism. They turned against the mainline too: “The kind of religious commitment that mainliners upheld was being cast off as stale, lame, and, most damning, cooperative with the repressive power brokers. Mainline pastors may have marched in Selma, but they had no sense of the dawning of authenticity and the youthful bohemianism that sought a new individualized spirituality.”

Evangelicalism’s attraction? “Evangelicalism was more conservative in a cultural sense, but its history of individual conversion and religious experience made it far more open to the dawning age of authenticity, not to mention that evangelicalism’s nearly two decades of outreach to youth gave it an openness to the young that the mainline lacked.”

Young Life, Jim Rayburn: “It is no wonder, then, that Young Life held as its core tenet that ‘it’s a sin to bore a kid with the gospel.’ This could only be seen as a sin when both your feet were squarely located in the age of authenticity and the self was able to be buffered enough to be bored.”

I don’t know if Andrew Root knows about stickers we had for our Bibles and notebooks in the 70s: they were all imitations of commercials from Coke and slogans from TV and Hollywood. I had friends in high school who “turned on to pot” as they “turned on to Jesus.”

The Holiness movement, which he connects to bohemianism, offered experiential faith. Both offered authenticity along two different paths. Charismatic movement, presto. Hippies, too, were part of it and I had friends who had opted out of society, traveled to California to join in on the movement, and found the Jesus Freaks. Root talks through this sort of movement. Fear arose in my fundamentalist Baptist church that guitars might be an option for public worship.

Theology was sometimes seen as part of the institution, fascist, what got us into trouble. What Jesus offered was freedom and that meant justice of a particular sort. Jesus becomes a marketable product. Jesus becomes an idea.

While these charismatic evangelicals continued talking about a personal relationship with Jesus and seeking ecstatic experiences in worship, they nevertheless made faith formation about commitment to the idea of Jesus, stripping formation, ironically, of its transcendent encounter with divine action, making conversion an epistemological shift rather than an ontological encounter.

Youth ministry became huge, but it moved from catechism to authenticity, and part of the theme of ministry was to keep the “authentic” ones from becoming hedonists in the age of authenticity.

Catechetical instruction, confirmation, and youth socials had been a major part of the church’s ministry for a long time. But now there was a different intentionality; a church needed a specific ministry with a specific form in order to engage and capture the youthful spirit that blew through the whole of California’s coasts and valleys like the Santa Ana winds.

So the objective of these California youth ministries was not necessarily to teach young people the tradition (of course that was part of it) but to help them toward authenticity, to help them get high on Jesus.

This wasn’t a time bound era: it’s still here: “The ideal has taken different shapes, moving from hippie to punk to hip-hop G, but has remained in essence the resister of an inauthentic system that opposes freedom and expression.”

In in the 80s the bohemian theme joined with the bourgeois theme. Reagan era evangelicalism. Bobos arrived. Youthfulness doesn’t go away, it became capitalist. Authenticity joined hands with upward mobility.

Evangelicals were much better at this than mainliners. Justice seeking became more and more prominent among the bobos. “The justice seeking of their church assured these upwardly mobile middle-class bobos that they were still radical, disruptive, and bohemian enough to be cool and ‘with it’.”

MTD is the bobo’s religion, and it is religion without transcendence and what Root calls “divine action.”

As I’ve mentioned above, the romanticism of authenticity is not in itself problematic. It is risky and open to unhelpful conceptions of the buffered self and rigid individualism, but the moralistic and the therapeutic only become crooked when transcendence (divine action) is made impossible and when spirituality becomes only a subjective feeling in a fully flat, immanent world. The deism of MTD makes faith formation (and even evangelism) ever more difficult in the age of authenticity.

Fundamentalism had glorified the Bible so fully that the personhood of the triune being of God was overtaken by the idea of inerrancy. The litmus test for true Christian faith was conformity to this idea—the idea of the authority of Scripture and of the need to be obedient to the code of pure doctrine. While transcendence was longed for, idealism cut into transcendence, making the measure of faith change from an encounter with the living Christ to a more immanent, and even material, commitment to cognitive belief in an idea.