Asking The Church To Forsake Violence For the Nonviolent Jesus

Asking The Church To Forsake Violence For the Nonviolent Jesus June 6, 2018 Scot McKnight

One of my favorite study topics was a reading of the works of Dietrich Bonhoeffer to answer a simple question: Was Bonhoeffer a pacifist? You may know he did not like that kind of question or the “principle” type answer, but instead sought how to be a follower of Christ in a specific situation. Recently Greg Boyd wrote up a massive study called The Crucifixion of the Warrior God and a one-volume shortened version called Cross Vision. Bonhoeffer’s thought is undefined while Boyd’s is thoroughly defined, both criticized for the opposite reasons! 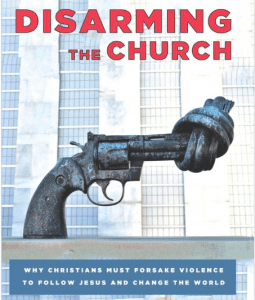 Eric Seibert, in his new book, Disarming the Church, takes up the same big topic — violence and the church and the Christian and Jesus — and offers a pastoral theology of non violence with responses to claims for violence in the church. This is an important new study and worthy of serious reflection and discussion. The problem is that many don’t think this is even a problem.

So why write such a book? Here are his biggest ideas:

I wrote Disarming the Church because I am troubled by how much violence Christians condone—and sometimes participate in—and by how much violence the church sanctions and sometimes actively supports. I do not believe this is what God intended. God does not want people to be victims of violence—and certainly not at the hands of those who claim to be following God! In fact, one of the central claims I will make, and one I believe is borne out by a careful reading of the Gospels, is that Jesus lived nonviolently and taught his followers to do the same. Condoning or participating in violence, even for the most noble reasons, runs contrary to the teachings of Jesus. Therefore, I have written to encourage Christians to reject all forms of violence as they strive to follow Jesus.

A big issue in intellectual studies about violence is defining violence:

Violence is physical, emotional, or psychological harm done to a person by an individual(s), institution, or structure that results in serious injury, oppression, or death.

And the same applies to non-violence: What is it? He offers a thoroughly Christian definition of non-violence.

To that end, I define Christian nonviolence as a way of life modeled after Jesus, one that completely rejects violence, actively confronts evil, and unconditionally loves others by practicing gracious hospitality, radical forgiveness, and deep compassion. Put simply, nonviolence is love in action.

Seibert then exploes a number of major themes before he gets to Jesus. For instance, six ways the church participates in violence has he has defined it:

Where do you see violence today in the church?

Violence and the Church Today

For those of us who consider ourselves pacifistic or pacifists, an irritant is the seeming insensitivity of so many Christians to violence. Why? He offers eight reasons why Christians condone violence:

How about you, how do folks defend violence in your circles?

Why Do Christians Condone So Much Violence?

1. We Believe Violence Stops Evil and Saves Lives
2. We Have Been Desensitized to the Horror of Violence
3. We Are Unaware of Viable Alternatives to Violence
4. We Do Not Believe Nonviolence Will Work in Certain Situations
5. We Misapply Sacred Texts that Sanction Violence 6. We Rarely Hear the Church Calling Us to Love Enemies and Li ve Nonviolently
7. We Receive Mixed Messages about Violence from the Church  8. We Confuse the Demands of the State with the Will of God.

One of the big and quite pragmatic questions is if violence does any good. Seibert says No. Here are his six impacts of violence:

Can Violence Ever Be Good?

1. Violence Breeds More Violence (Violences Dirty Little Secret)
2. Violence Escalates Dangerous Situations (Violence Makes Things Worse, Not Better)
3. Violence Harms Countless People (The Dark Side of Violence)
4. Violence Wounds Those Who Use It (The Corrosive Nature of Violence)
5. Violence is Unnatural (We Were Not Created to Kill)
6. Violence is Extremely Costly (We Cant Afford to Do Violence) 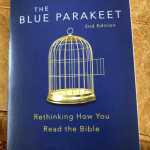