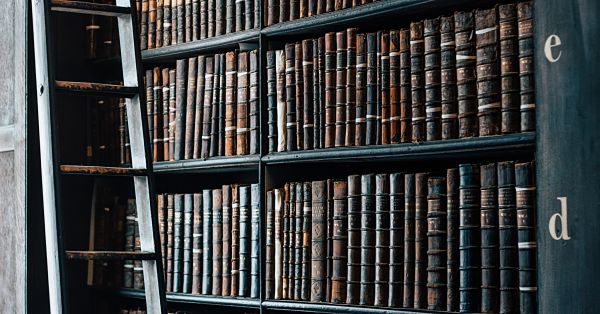 July 4th celebrates America’s freedom, though the USA and England are no longer at war. King George — all I can think of are the hilarious “You’ll be back, wait and see” episodes in Hamilton — stood down, ahem, and we went our separate ways. Not so separate, actually, but independents with very similar approaches to life.

To see what the Brits thought of our “rebellion,” here’s a wonderful article. It’s made more wonderful because the letters are housed at the UNotts.

July 4th celebrates freedom, and our freedom was not simply about the “rights of man/humans” but instead freedom from the impositions of a king and a return to what was common law prior to King George (and others of his ilk). It was not the creation of something previously unknown, it was not an experiment in ideology, but rather the return to the wisdom of the ages.

What, then, is the freedom we value?

… political communities, democracies included, are held together by something stronger than politics. There is a ‘first person plural’, a pre-political loyalty, which causes neighbours who voted in opposing ways to treat each other as fellow citizens, for whom the government is not mine or yours’ but ‘ours’, whether or not we approve of it.

Many are the flaws in this system of government, but one feature gives it an insuperable advantage over all others so far devised, which is that it makes those who exercise power accountable to those who did not vote for them. This kind of accountability is possible only if the electorate is bound together as a we’. Only if this we’ is in place can the people trust the politicians to look after their interests. Trust enables people to cooperate in ensuring that the legislative process is reversible, when it makes a mistake; it enables them to accept decisions that run counter to their individual desires and which express views of the nation and its future that they do not share. It is to the maintenance of that kind of trust that conservative politics has always been directed.

Of course conservatives value liberty, and acknowledge the right of individuals to choose their own way to happiness. But they also believe that the human individual is an artefact, brought into being by the customs and institutions of society, and that true liberty arises only from a culture of obedience, in which law and community are shared assets maintained for the common good.

Hence it was in the name of their social and political inheritance that conservatives fixed their banner to the mast of freedom. What they meant was this kind of freedom, the freedom enshrined in our legal and political inheritance, and in the free associations through which our societies renew their legacy of trust. So understood freedom is the outcome of multiple agreements over time, under an overarching rule of law.

Liberals are beneficiaries of this belonging. But they believe in the right of individuals and communities to define their identity for themselves, regardless of existing norms and customs. They do not see liberty as a shared culture, based in tacit conventions.

July 4, 2018 July 4 And Justice
Recent Comments
2 Comments | Leave a Comment
"WOW UR TESTIMONY JUST SAVED ME. WOW. Thank you praise Jesus. (I feel like that ..."
Luu Saturday Afternoon Book Review: Andrew Farley
"Avoidance of these verses is at the heart of faulty conclusions. Humanistic interpretations are why ..."
Glenn Harrell What To Say When Someone Says ..."
"I think what you should say is: "I don't want to kink shame, but that's ..."
Spirit Plumber What To Say When Someone Says ..."
"Jesus dying temporarily for our sins doesn't really make much sense. Here's why:Let's say I ..."
C Nault What is a “Sacrifice of Atonement”?
Browse Our Archives
get the latest from
Evangelical
Sign up for our newsletter
POPULAR AT PATHEOS Evangelical
1