A Tenacious Witness: Reflections on the ReVoice Conference 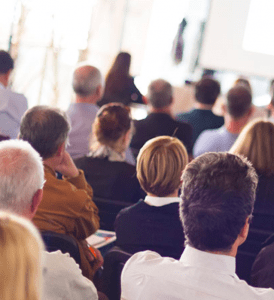 By Ethan McCarthy, an editor at InterVarsity Press and a staff writer at Christ and Pop Culture. You can follow him on Twitter at @e_mccarth.

A Tenacious Witness: Reflections on the Revoice Conference

Last Friday night I stood in the sanctuary of Memorial Presbyterian Church in St. Louis, singing “It Is Well With My Soul” with several hundred LGBT Christians. I was at the inaugural Revoice conference, which was convened to encourage and offer pastoral care for gay, lesbian, bisexual, and other LGBT Christians in the context of the church’s traditional teaching on sexual ethics.

Looking up at the screen, I saw the words go up for the hymn’s next verse and felt a twinge of anticipation. The words were familiar almost to the point of being invisible—on another day I’d have hardly given them a second thought. But in the context of this conference they seemed to stand out off the wall.

My sin—oh the bliss of this glorious thought

My sin, not in part, but the whole

Is nailed to the cross, and I bear it no more

At the words “Is nailed to the cross, and I bear it no more,” the room erupted in spontaneous applause. I felt my heart swell up in my chest as I sensed—not for the first time that weekend—the unfettered joy in the praise of these dear Christians, many of whom (most of whom, even) had suffered a pain, shame, and exclusion at the hands of the church that I couldn’t imagine.

Their praise was all the sweeter for it. I can’t remember when I’ve felt the gospel of Jesus more tangibly—it seemed to hang in the air that night—or seen the joy of the Spirit more plainly visible on so many faces. As Wesley Hill, cofounder of Spiritual Friendship [author of Washed and Waiting and Spiritual Friendship], said in his address the following night, “The marginalization that so many of you have experienced, and the resilience with which you are still holding onto your faith, is one of the most inspiring things I’ve ever seen. . . . It’s the work of God’s Spirit, and may it continue.”

Throughout the conference I was moved by the tenacious witness of these LGBT Christians, and I’m still thinking about it. These “Great Tradition Gay Christians” (as Revoice’s Nate Collins referred to them from the stage [Nate wrote All But Invisible]) regularly receive sharp criticism on two fronts: from the affirming community, which tends to see them as having sold the farm, and from more conservative Christian circles, who worry that by calling themselves “gay” (or lesbian, or bisexual, etc.), they’re adopting a sinful identity and subverting their true identity in Christ. (The Spiritual Friendship writers and the Revoice conference organizers have responded to these critiques with characteristic longsuffering and grace—of note, see the careful responses of Spiritual Friendship’s Ron Belgau here and here, and of Nate Collins here.)

At the conference, though, the emphasis was not so much on whether LGBT Christians have a legitimate place in the church, but on offering pastoral care and community to its attendees—and, indeed, on calling them to prophetic action. In his Friday keynote, Collins highlighted the great gifts that his listeners can offer the rest of the church. “Is it possible,” he asked, “that gay people today are being sent by God . . . to shed light on contemporary false teachings and even idolatries—not just the false teaching of the progressive sexual ethic, but other, more subtle forms of false teaching? Is it possible that gender and sexual minorities who live lives of costly obedience are themselves a prophetic call to the church to abandon idolatrous attitudes toward the nuclear family, toward sexual pleasure? If so, then we are prophets.”

But not all gay Christians are called to marriage. Many are called to walk the road of celibacy, and here, too, we have much to learn from our faithful LGBT friends. In choosing to die to their natural desires, celibate gay Christians set a powerful example of costly discipleship: of the daily Christian discipline of dying to sin.

But while the celibate life is costly, it is far from hopeless. As Wesley Hill reminded his audience on Saturday night—in a rousing gospel sermon—the good news of Jesus is freedom: freedom from guilt and shame, freedom to live a life of love and good works. The Spiritual Friendship writers, in particular, make much of this radical freedom when they insist that because their sinful desires are put to death on the cross, they are not only free to say no to sexual sin, but also to say yes to chaste same-sex friendship. As we sang Saturday night, in another familiar hymn, “Be still, my soul; your Jesus can repay / From his own fullness all he takes away.”

I can think of few more beautiful and compelling witnesses to the power of the gospel than the faithfulness of Side B LGBT Christians. I left the conference encouraged by what God is so plainly doing in their midst, and what’s more, deeply impressed with all that they have to teach the rest of us. It was a privilege to lift my voice with them in praise of the God whose promises are always Yes and Amen in Jesus. I daresay even the conference’s critics could have joined us in worshiping the God of this good news. They would have been welcome.

After the final session ended on Saturday night, I lingered for a while, sitting alone in my pew. I watched the joyful faces all around me, the hugs, the happy circles of conversation. I didn’t want to leave; I don’t think anyone did. But I had a long drive ahead of me, and after a little while I slipped out quietly and walked to my car.

Behind me, the sanctuary was still full.

July 31, 2018 Why Care? (RJS)
Recent Comments
143 Comments | Leave a Comment
""
Queenofthefuzzybugs The (Non)Wesleyan (Non)Quadrilateral
""
Xanthrince JesusCreed.org Blog Prayer
""
William Ristau Writing In Your Life
"'This renewal began first with the renewal of the people of God (chapter 5 or ..."
Kostya2 Putting the Bible Together
Browse Our Archives
Related posts from Jesus Creed