The Other Reason Tithing Matters 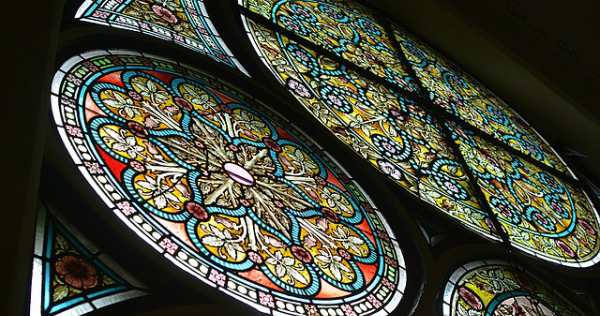 Most of us, ministers and lay people alike, are uncomfortable talking about money in the church. Pastors are always sensitive to sounding like television evangelists and the members think it’s just nobody’s business what they give – or don’t give – to the church. Occasionally, there will be a gift so large the person doesn’t mind other people knowing. Most of the time, however, speaking of money in more than vague terms makes everyone in the sanctuary a little uncomfortable.

I think there are two undercurrents to our discomfort that, if named, would make it a little easier to talk about honestly. First, tithing, or giving anything to the church is the first time most new believers are confronted with a demand for obedience in their new walk with Christ. Typically, a person comes to Christ as a response to grace. The person realizes how lost they are, how helpless they are to remedy their circumstances, and come to Christ desperately seeking the salvation He offers.

Once forgiven, they are overjoyed at having received this gift of salvation and don’t ever want to lose this feeling of being “born again.” Inevitably, the new believer will ask, “What’s next?” They will be given the usual list of getting into a small group, finding a place to serve, attending worship regularly…and tithing.

The new believer will agree to everything…but the tithe. What? I have to give money to the church? Why? Doesn’t the church have plenty of money? I’m barely making rent and you want me to give ten percent of my money away? Why?

The new believer will be given the usual reasons – to extend the ministry of the church, to support the work of the church, in obedience to Christ and all of these will be less than convincing to our new believer. The older believers around the new Christian will keep pestering the new believer to give and see how the Lord will bless them as they obey. While, true, my own life is testimony to the goodness of the Lord, it still won’t make any sense to the new believer.

Why not? Because the call to give to the ministry of Christ is first, the initial call of obedience in the new believer’s life. Second, the process of finding a way to give to the church forces new believers to confront the idols of their lives.

Let’s face it. All of us spend money on things that are important to us. If we buy something, we think it’s worth the exchange of money that we earned to purchase the item. How we spend money and how we manage our time are dead giveaways to our values and priorities. Show me your checkbook and your calendar and I can tell you what is important in your life.

So when new believers look at their checkbook to try and find a way to give to the church, they will be immediately confronted with the idols that have, to this point, controlled their lives. Now, as a Christ-follower, different decisions have to be made about time and money.

From the Exodus on, God has made it clear He doesn’t want His children to live in bondage – to anything or anyone. Sadly, most Christians in North America are slaves to their finances. We’ve bought things we didn’t really want or need because we thought owning this item would impress anyone who was looking. We buy houses that are too big and cars that are too expensive. We buy clothes that cost too much and shoes that are uncomfortable all to impress a culture determined to hold our minds, hearts and bodies hostage to the irrelevant.

Sitting down with your check book and saying, “I really don’t need this” and freeing up resources for generosity is an exhilarating feeling. For most of us, it’s the first time we’ve told our money and our money hasn’t told us. It’s the first time we’ve declared our freedom from the demonic demands of a culture that values style over substance. In life, there are only a few things that matter. Everything else is just detail.

Tithing is about defeating idols. Tithing is a radical declaration of independence from the tyranny of things, a resounding celebration of the goodness of our God who provides all of our needs with such generosity we have resources to spare. Tithing is about declaring our freedom from things that don’t matter. It’s spiritual warfare in dollars and cents.

August 3, 2018 James Bryan Smith on Kingdom Roots
Recent Comments
17 Comments | Leave a Comment
"This article starts a series on what A Course in Miracles (ACIM) implies when acim ..."
burakdeniz The Miracles of Creation? (RJS)
"It is your confidence in these thoughts that needs pardoning and what causes absolution a ..."
burakdeniz The Miracles of Creation? (RJS)
"Scot, 1 Cor 16:15-18 asks the Corinthians to submit to the leadership of Stephanas and ..."
Richard Fellows Finishing Well With Clement
"I can only guess that they look at Trump as a kind of god like ..."
D.M.S. The Gospel of With Us and ..."
Browse Our Archives
get the latest from
Evangelical
Sign up for our newsletter
POPULAR AT PATHEOS Evangelical
1