A Short History of Purpose in Biology (RJS)

A Short History of Purpose in Biology (RJS) September 4, 2018 RJS 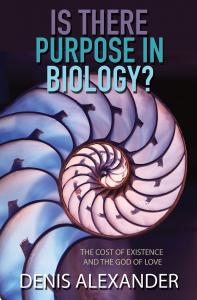 Denis Alexander in his new book Is There Purpose in Biology starts with an outline of the history of thinking about Purpose and purpose in biology in the West and Middle East. Capital P Purpose is a metaphysical concept relating to design and teleology, small p purpose is uncontroversial – eyes are for seeing, mouths for eating, and wings (usually) for flying.  He starts with the Greeks and Romans before moving to Islamic thought in the early middle ages and returning to European Christendom in the late middle ages and beyond. The discussion is interesting in its own right – but also in the context of our recent meander through The Lost World of Scripture by John Walton and D. Brent Sandy.

That Denis starts with Aristotle comes as no surprise.  As he says “No account of purpose in biology could possibly exclude the writings of Plato’s student Aristotle, whose ideas still do much to frame the discussion right up to the present day.” (p. 19)  Aristotle found Purpose running through nature and biology and was thoroughly human-centered. Denis quotes from Aristotle’s On the Parts of Animals and Politics, “everything that Nature makes is means to an end.” and “If therefore Nature makes nothing without purpose or in vain, it follows that Nature has made all the animals for the sake of man.” (p. 20)  Aristotle, however, had no vision of a creator God. This Purpose was internal to Nature. His “Unmoved Mover” was used by later Christian thinkers to point to God – but this, Denis argues, was not Aristotle’s view. “Final causes for Aristotle are intrinsic principles of intelligibility, not in any sense active agents of anything.” (p. 21).

Later Greeks and Romans did see a divine hand (or many such hands) behind the world in which we live. Arguments from design to purpose were made by Cicero (106-43 BC) and Galen (129-210 AD). Cicero wrote “So how can we doubt that the world is the work of the divine intelligence? We may well believe that the world and everything in it has been created for the gods and for mankind.” (p. 23 from The Nature of the Gods, Alexander cites Emerton, Science and Christian Belief, 1989, 1, 129-147 for the quote.)

The thinking of the Greeks and Romans on these subjects was preserved and expanded upon in the Islamic world ca. 800-1500 AD or so before being reintroduced into the Christian West. For the Muslim thinkers, like the Christian thinkers of the late middle ages, the texts of Aristotle, Cicero, Galen and more carried authority.

Today, ancient texts are looked upon by scientists mainly for their historical interest, but for those of a previous era the texts themselves revealed the wisdom of the ancients, rather as scientists today would look upon new scientific discoveries. The House of Wisdom in Baghdad of the Caliph al-Mamun centred around a great library: there was a remarkably free exchange of ideas. (p. 25)

This is an interesting insight – both for science and for the increased reliance on texts in the middle ages – in both the Muslim and Christian world. There is a break from the oral culture of the ancient world. Greek works were translated into Arabic and read in light of their theology. “In Islamic as well as in Christian thought, “Purpose” was bestowed by God as part of his creation, not something that created matter could display “on its own” as it were.” (p. 27) In the Islamic world there was a deep conviction that Allah ordered creation and “that all things in creation exist by the will of Allah, the pinnacle of creation being humankind.” There was much to be learned from the ancients – although there writings were interpreted in the context of the Qur’an. 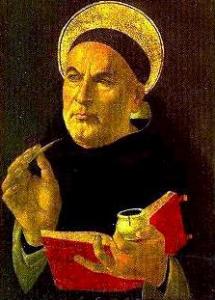 In the Christian West from Augustine to the twelfth or thirteenth century AD nature was interpreted in an allegorical fashion – ““purpose” in the living world centred around the allegorical and spiritual meanings of its inhabitants.” (p. 34)  This changed as the ancient Greek texts were translated from Arabic into Latin (the Islamic connection was important) and later from the original Greek into Latin. The new learning was interpreted in terms of Christian theology. Thomas Aquinas is a key player here. As creation was a product of God, the “two books” view came to be popular. God reveals himself through the book of Scripture and the book of Creation (nature). It is of note, however, that the primacy of texts and the wisdom of the ancients, gave Aristotle, Galen and the like, more authority than personal observation or investigation. Denis gives an example of an English physician who in 1559 “suggested that Galen might be in error on certain points, but for his pains was excluded from the Royal College until he admitted the error of his ways and formally recanted.” Any purpose in biology was tied up in the purpose of God’s creation for humankind.

Design arguments from biology came into their own in the early modern period (1500-1700) and continued into 1700-1900 with resistance from some quarters (e.g. David Hume). Deism held sway with many. Observation came to play a more important role, with the ancient texts no longer considered authoritative. Denis, citing the historian Peter Harrison (The Bible, Protestantism, and the Rise of Natural Science and other works) notes that the Reformation changed the way people read Scripture (emphasizing literal rather than allegorical meaning)  and the way that the book of nature was read. The roots of modern science in the Western world are found in this change of emphasis. Robert Hook, Robert Boyle, Johannes Keppler, Isaac Newton, John Ray, Galileo, … and many more. Observation played a predominant role, but religious significance was still there.

The study of nature was therefore just as much a religious activity as it had been in the twelfth century, but instead of representing a vast array of symbolic meanings, God’s creation was now seen as an ordered and well-designed scheme of things from which God’s wisdom and providence could readily be inferred. (p. 45)

Counter to this David Hume in particular argued that design was a human projection onto the forces of nature. William Paley set out to refute Hume and his arguments for design in biology are well known and the mechanical world seemed to fit with the idea of a creator God who engineered and constructed the world to his design.

Darwin and his theory of evolution through natural selection of small variations provided a means to remove design from the picture. Biology could be seen (if desired) as Purposeless, the outcome of natural random processes. Apparent observations of spontaneous generation of life (something we now know was the result of contamination) strengthened the argument away from design. If life could emerge from inanimate matter, there was nothing “special” about it. 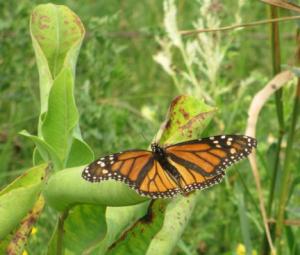 We continue to be engaged in these same arguments today.  We know much more (but not everything) about the ways in which small variations can appear in an individual and then in a population. Although Darwin put forth some important ideas, evolutionary theory today is not exactly what he envisioned. The origin of life continues to come into the discussion (see Signature in the Cell for example) because a “natural” explanation here seems to some the final straw.

Pulling this together and looking forward Denis Alexander notes:

The idea of biological adaptations appearing by natural selection in place of God’s direct design was clearly a killer blow to those espousing the kind of natural theology that perceived God’s direct actions as a kind of “explanation” of certain features of living creatures. If adaptations arose as a result of naturals election operating on chance variations, what room was there for God as an explanation for the specific design features of living creatures? Presumably without realizing it, the enthusiasts for natural theology had ended up viewing the origin of design features as if God were just one more force among many acting in the world, a kind of “designer-of-the-gaps”. Or at least as a heavenly engineer who occasionally tinkered around with bits of the creation to make it work better. Both ideas are mistaken as viewed from the perspective of traditional creation theology as we will consider further in Chapter 5. Had the enthusiasts for the “biological design” argument read their Bibles more carefully, perhaps with a bit of Augustine, Aquinas, and Calvin thrown in for good measure, they wouldn’t have ended up being such “hostages to fortune” of their own making. For the moment, we may simply note that some Christian theologians were delighted by Darwin’s theory precisely because it subverted the rather rationalistic engineering concept of God bequeathed to them by several centuries of biological design arguments. The more such arguments had been deployed in the kind of debates generated by Hume – and Paley saw his works in large part as ripostes to Hume – the less did the God being defended seem like the God portrayed in biblical theology. As the Oxford Anglo-Catholic Aubrey Moore (1843-90), theologian, fellow of St John’s College, Oxford, and curator of the Oxford Botanical Gardens, commented: “Darwinism appeared, and, under the guise of a foe, did the work of a friend” (Moore, 1891, p. 73). Precisely how Moore could be so positive, and why it was so easy for the Christian community in general to baptize evolution into the traditional understanding of God as creator, is a topic that we will pursue further in Chapter 5. (pp. 54-55)

Design in biology is not the ultimate evidence for a creator (Paley) nor is evolution and ‘chance’ evidence against. I look forward to reading Chapter 5 in this book. The brief outline of history here helps us see the ways in which cultural shifts change the way nature and theology are viewed. (For those who are interested, there are more details in the book and even more in the references Denis cites.) Back to the two book theory: We will misinterpret both the book of Scripture and the book of Nature (creation) when we read them solely through modern eyes. The way forward includes recovery of some older ideas of the interaction of God with his creation and the development of some new analogies and ways of thinking. God as an artist rather than an engineer is one image that may help.

How do you view the relationship between nature and God?

How do we understand Purpose in the world?

September 4, 2018
On Changing One's Mind to a Christocentric Theology
Next Post

September 5, 2018 Miracles: Taking Miracles Back From Secularism
Recent Comments
1 Comment | Leave a Comment
Browse Our Archives
get the latest from
Evangelical
Sign up for our newsletter
POPULAR AT PATHEOS Evangelical
1