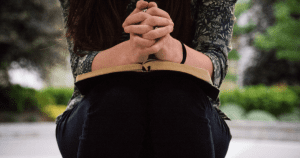 This is Willow Creek’s announcement, and the bold faced words are from me:

The purpose of the council is stated in general terms.

Comment: Notice they are to “consider allegations.” It does not appear they will investigate the past accusations against Bill Hybels. Does this mean Willow is officially agreeing with the women’s innocence?

Reviewing the organizational culture: big ambiguous terms. I’m not sure what it means but I hope it means a thorough examination of power and power abuses, and the good structures that work well. It needs to examine why the previous leadership refused to listen to the women and why it protected Bill and the reputation of Willow. It needs to investigate terminations and their NDAs and let the people who experienced them talk. It needs to investigate the Human Resources Department thoroughly.

How the group was chosen:

Evangelical Christian leaders outside of Willow Creek Community Church and the Willow Creek Association nominated members for the advisory group. Once organized with co-chairs additional members were added. The group chose to be called the Willow Creek Independent Advisory Group (IAG).

There are two co-chairs, with two others. I had thought there were four but I was mistaken. It appears there are only four on this council.

The group is co-chaired by Jo Anne Lyon, General Superintendent Emerita of The Wesleyan Church, Indianapolis, IN, and Leith Anderson, President of the National Association of Evangelicals, Washington D.C. Other members are Margaret Diddams, Provost of Wheaton College, Wheaton, IL, and Gary Walter, past president of the Evangelical Covenant Church, Chicago, IL. The group may also engage additional resources and consultants as needed to fulfill its mandate.

The council is autonomous.

The IAG will work autonomously. WCCC and WCA have pledged their full cooperation, but neither will be represented on the IAG nor party to the group’s work except for providing information as requested. The group hopes to complete its work in early 2019.

The council is not open to media interviews but I urge everyone to consider what they would recommend to the council by writing in to the address below or leaving a message the number below.

The Independent Advisory Group has decided to decline press inquiries and interviews while they complete their review and develop their recommendations. Individuals who desire to convey information to the advisory group may do so through a separate independent organization unrelated to the Willow Creek Community Church, the Willow Creek Association or the IAG: 630-682-9797 x1292 or WillowInvestigationHotline@capincrouse.com

September 19, 2018
When The Book Of Revelation Becomes Historical
Next Post

September 20, 2018 Creeds Before the Canon? (RJS)
Recent Comments
6 Comments | Leave a Comment
"Avoidance of these verses is at the heart of faulty conclusions. Humanistic interpretations are why ..."
Glenn Harrell What To Say When Someone Says ..."
"I think what you should say is: "I don't want to kink shame, but that's ..."
Spirit Plumber What To Say When Someone Says ..."
"Jesus dying temporarily for our sins doesn't really make much sense. Here's why:Let's say I ..."
C Nault What is a “Sacrifice of Atonement”?
"Any updates on when it will be released???"
Brian Kelly The “Second” Testament
Browse Our Archives
get the latest from
Evangelical
Sign up for our newsletter
POPULAR AT PATHEOS Evangelical
1