The Miracles Of The Old Testament

The Miracles Of The Old Testament September 26, 2018 Scot McKnight 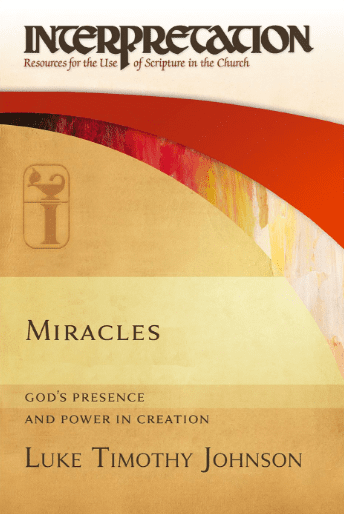 Luke Timothy Johnson begins his discussion of miracles in the Old Testament in a surprising place, but perhaps it ought not surprise us.

Where does he begin? With prayer.

Is prayer a miracle? If it is not, is it prayer?

We are looking again at Luke Timothy Johnson’s new book on miracles, Miracles: God’s Presence and Power in Creation.

The convictions for which I argued in part 1 continue here as I turn to an explicit engagement with Scripture.

First, the reality of God s miraculous power in the Bible must be considered together with that same power displayed in the contemporary world: if God worked such wonders then, he continues to do so now; conversely, if he does not so work now, neither is it plausible that he did so then. Clearly I hold the first position: the perception of the world as permeable to God’s presence and power now both illumines and is illumined by the accounts of God found in Scripture.

Third, a truly robust appreciation of God s creative activity is the fundamental component of the world thus imagined by Scripture.

Fourth, revelation is a process of human interpretation within which the “experience” of God is conditioned by the capacities of those having that experience, not least with respect to the symbols making such experience meaningful.

He begins with prayer. Why?

Second, as first-order religious discourse grounded in experience, prayer is perfectly comfortable expressing such experience in the language of myth: God and God’s agents are, through the perspective of personal experience, intimately intertwined with human existence. Such mythic language, in turn, helps affecting the manner in which even “historical” stories are told.

It is impossible to overemphasize the importance of beginning a consideration of the biblical accounts of miracles with the psalms. When we speak of “imagining the world that Scripture imagines,’  here is where that shaping of the imagination has taken place for countless believers through the centuries. It is not the narrative accounts that persuade believers of God’s action in the world: it is the prayer of the psalms that demands for the narratives to be written in the fashion they were. Because believers pray the psalms. they not only perceive the world in a certain fashion; while they are praying, they also inhabit that world and thereby enable themselves to perceive and engage the world outside the sphere of prayer as one permeable to God’s presence and power. With the collapse of a piety formed by the recitation of the psalms, especially by a community of believers in a regular and sustained fashion, there inevitably follows the weakening of the imaginative world within which the signs and wonders of the Lord are celebrated. 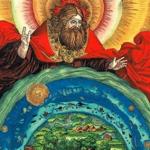 September 27, 2018 God: Father, Almighty, Creator (RJS)
Recent Comments
2 Comments | Leave a Comment
Browse Our Archives
get the latest from
Evangelical
Sign up for our newsletter
POPULAR AT PATHEOS Evangelical
1

God’s Peace Comforts a Widow’s Heart through Gospel...
WILLS POINT, TX – Gospel for Asia (GFA World and affiliates like...
view all Evangelical blogs
What Are Your Thoughts?leave a comment
Copyright 2008-2020, Patheos. All rights reserved.