An amazingly helpful new resource has just been published by Hendrickson, and I’ll jump the gun on my annual selection of books — planned for December 3! But today, a fantastic resource for Bible students. 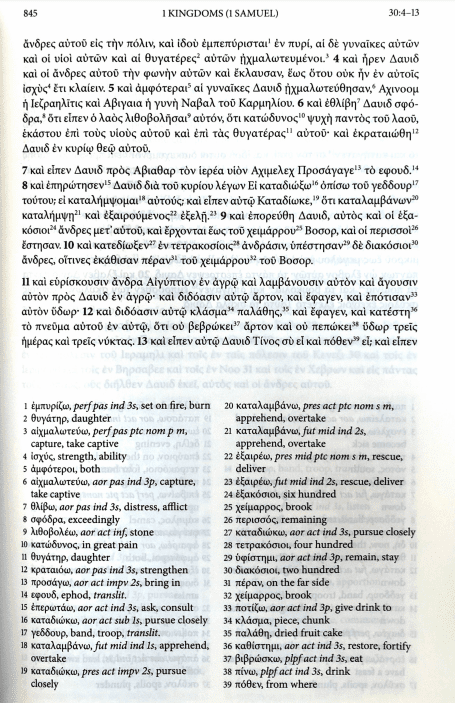 Gregory R. Lanier and William A. Ross have published something for any pastor or student who wants to do more than “check” a translation in the LXX: it’s called Septuagint: A Reader’s Edition.

Here’s what it does:

No reason now for many not to have a copy of this amazingly helpful resource for Bible students.

The LXX was the NT authors’ Bible — mostly. It was the diaspora’s Bible until Latin took over the Western Church. More could be said, but one cannot ignore the LXX in Bible study.

So, you want to know which words are provided? Here is their explanation: