Small Bookshops Are Back!

NEW YORK — A growing number of shoppers will be supporting their independent neighborhood bookstores on Small Business Saturday. After nearly being wiped out a decade ago, small bookstores are booming.

“Bookstores are back and they’re back in a big way,” he said. “I’m not given to to hyperbole — it was record-breaking for us.”

The Manhattan sanctuary is part of a resurgence of independent bookstores nationwide. Customers who visit the store can stumble upon a new author or linger over a latte while a special machine can print a book in three minutes if it’s not in stock.

The rebound comes after years of competition from deep discount superstores and online behemoth Amazon, which together turned small shops into an endangered species.

According to the American Booksellers Association, the number of independent bookstores fell by approximately 40 percent between the mid-90s and 2009. They have recovered some of those closures, and this year, sales are up more than five percent over a year ago.

The localism movement has been a driving force. Customers are increasingly spending in their neighborhood stores. 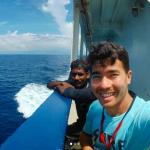 Where Is God in This Pandemic?
Roger E. Olson
Related posts from Jesus Creed

Questions a Pandemic Raises for Believers
Here's a question I got recently from someone who writes me from...
view all Evangelical blogs
What Are Your Thoughts?leave a comment
Copyright 2008-2020, Patheos. All rights reserved.