Some like to repost the post that gained the most pageviews, but I’ve chosen a different kind of post for this last day of the year: the one that surprised me in how much interest it attracted.

The post was by Alexandra Greenley and it was at CBE, and it suggests that the “elect lady” of 2 John is a real person and a pastor. Read it, it’s a good suggestive post.

May 2019 be a better year for women in ministry. 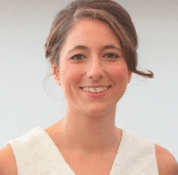 The second letter of John is addressed “to the elect lady and to her children.” But who is the “elect lady” of 2 John? Is she a mother with kids, or something more? A look at the apostle John’s use of the word “children” in 1 John can help us understand who the woman’s children are. Then, we can try to solve the mystery of who the woman is.

We commonly recognize that the “children” of 1 John refer to Christian converts. The “fathers,” “young men,” and “dear children” in the second chapter may refer to literal ages, or to spiritual development. Regardless of their age, the apostle John considered himself a spiritual father to these “children.” The apostle Paul also used this language to the Galatians, when he said, “My little children, of whom I travail in birth again until Christ be formed in you!” (4:19, KJV).

What does it mean to be a spiritual parent? Likely, it means that the apostle John first preached the gospel to them, and they believed it. He then took on the responsibility of teaching, disciplining, nurturing, and raising them in the faith. He devoted his life on earth to them so that they could have eternal life. As the apostle Paul expresses it, “For now we live, if you stand fast in the Lord” (1 Thess. 3:8, WEB).

Even if some of the Christians weren’t directly converted by John, the apostle must have so given himself to raise them in the faith that the converts felt it right for John to call them his children. They saw how John sacrificed, prayed, labored, and had the greatest concern for their salvation. To them, it would not sound strange for John to call them children. Rather than strange, it would sound tender and affectionate.

We come to the final line of 1 John and read, “Little children, keep yourselves from idols. Amen” (KJV).

We then immediately come to the first line of 2 John, which reads, “The elder [John] to the elect lady and her children” (KJV), or “The elder, to the lady chosen by God and to her children” (NIV).

Then, 2 John closes with the verse, “The children of your sister, who is chosen by God, send their greetings” (v. 13, NIV). So we now have two women with two sets of children to account for.

So who are these two “elect women” with children? Let’s first look at significant clues in the text.

Significant Clues in the Text

Significant Omissions from the Text

These clues lead us to two possible scenarios.

Second John refers to a mother with biological children that she is raising in a Christian manner. Because no father or other male authority is mentioned, we may guess that the woman is either widowed or divorced. Because the apostle John recognizes that the woman is responsible for her children’s behavior, we’re to infer that the children are not yet adults. This also explains why they are in their mother’s house (they live there). The apostle warns the mother about deceivers who would wish to enter her house. It’s unclear why these people would want to enter the house of a single woman—likely divorced or widowed—with children.

This first scenario is difficult to support. First, why would the apostle John suddenly change the meaning of his language? He’s just spent pages writing to his “children” in his first epistle. Logically, what basis do we have in the text to say that 1 John refers to spiritual children, and 2 John refers to biological children?

Second, why would the apostle John be concerned with not only one, but two apparently single women raising biological children? Said another way, what would compel the apostle to write to individual, ordinary Christian families, rather than the church?

Third, why would “deceivers” and “antichrists” be interested in going into an individual family home—in which only a divorced or widowed mother, with non-adult children, lived? We may further ask, why would a woman in such a situation even be letting others into her home?

Perhaps one would say, “She’s a married woman whom John converted during his ministry. If John doesn’t mention her husband, it must mean he isn’t converted. That leaves her responsible for the spiritual growth of her children. That’s why John is writing to her, and not her husband.” Or, “She’s single—widowed, divorced, or a redeemed promiscuous woman. Now, she doesn’t have a male authority for her kids, so John is helping her.”

Even if we allow this, it doesn’t answer many of our questions. For example, why would “deceivers” be trying to enter the home of an ordinary family? If her husband wasn’t converted, why wouldn’t John mention him in the letter? Wouldn’t that be a more pressing matter than “antichrists” trying to enter a private residence—for some unknown reason?

This defense still leaves unanswered why the apostle John would write to an individual family, and not a church. It also doesn’t explain for what purpose God chose this “woman chosen by God.” Are we to say that any mother raising Christian kids is a “woman chosen by God”? Most significantly, it doesn’t answer the key question: what basis do we have for reading the “children” of the “elect lady” as biological while at the same time reading the apostle John’s “children” as spiritual?

The second scenario is that this woman has a position similar to that of the apostle John. We know from Acts 2:46 and church history that the early church taught publicly in the temples and synagogues, and then met privately in homes to celebrate the Lord’s Supper and worship.

Thus, the apostle writes to her as a fellow pastor or apostle of a church that meets in her home. The elect woman was “chosen by God” to be a minister. She has full authority to teach and to rebuke false teachers. By not allowing “deceivers” into her “house,” she has the authority to exclude certain individuals from membership. She is the primary leader of the church. We might call her a “senior pastor.”

In this scenario, the woman’s children are her converts. Perhaps some were converted by other church members, then joined the church she leads. Just as the apostle John did for the “children” in 1 John, this “woman chosen by God” poured out her life for these new converts. She made every sacrifice for them that a mother would make for her children.

The apostle John commends her for how she is guiding the flock. “It has given me great joy,” he writes, “to find some of your children walking in the truth, just as the Father commanded us” (verse 4, NIV). He then exhorts her to continue walking in love, which is obedience to God’s commands, “as you have heard from the beginning” (verse 6). Then, he warns her of recent heresies to be on watch for. He emphasizes the severity of the heresies by saying not to let such a “deceiver” and “antichrist” into her home (verse 7). In other words, she should not allow them into the church, where they would lead astray her dear spiritual children who are currently walking in the truth.

John’s letter also reveals the love and trust that the Christians have for their spiritual mother. John indicates that they are obedient, not rebellious. They haven’t strayed from their female pastor in search of better, male church leaders. Instead, the “children” look to her for spiritual teaching, guidance, correction, and protection just as a biological child would look to a mother for the same. They love and trust her with their souls.

We do not know whether this female pastor or apostle is married. But in either case, John writes to her as if she is the main leader of the church. If she is married, John’s letter contains no special instructions about how she’s to lead in relation to her husband. For example, he does not say to submit to her husband’s decisions about church leadership. Rather, this woman is presented as the sole leader, and mother, of the church.

Overall, this scenario is more likely. It fits with what we know about the structure of the early church, which was primarily a house church movement. We aren’t left with unresolved questions, and we don’t have to force the text.

Most importantly, it is consistent with the use of the word “children” and the pattern of writing to churches, and not individual families, found in 1 John. This results in a beautiful, smooth, and empowering read. In fact, it is some of the best evidence we have in the New Testament of women in leadership! I believe we can safely say that whatever the apostle John was to the Christians in 1 John, this woman was to the Christians in 2 John!