Changing On Women In Ministry: One Man’s Story 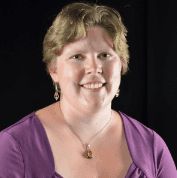 Sarah is a recovering academic with a passion for the middle ages, baking, and science fiction. She currently lives in the Chicagoland area with one husband, two dogs, and three daughters who inspire her to advocate for gender equality. Sarah blogs at intoresurrection.com and tweets @drlindsay.

Who has stories to tell about changing views about women in ministry?

Editor’s Note: This article is based on an interview conducted by the author.

In 2016, pastor Ray Kollbocker felt convicted to examine the issue of women’s leadership in the church. Two years later, in early 2018, his church opened all of its leadership positions to women.

Kollbocker has been in ministry for many years, with over twenty years as the senior pastor at a church in Glen Ellyn, IL. During his years at there, he’s guided the church through significant growth and a variety of other changes. For several years, Kollbocker knew that, at some point, he and the church would have to confront the question of whether women should be restricted from some leadership roles.

So, during a sabbatical in 2016, Kollbocker dove into a study of Scripture and scholarship. As he describes it, he was a “soft complementarian.” He came to Christ and Christianity in a context that did bar women from church leadership, but during his time in seminary, Kollbocker met women with undeniable calls to ministry as well as other Christians who held egalitarian views.

Influenced by these experiences but not yet willing to move to a fully egalitarian position, Kollbocker hired women, allowed women to teach, even gave women on his staff the title “pastor.” But women still weren’t allowed to serve as elders, the highest level of lay leadership in the church. Over time, this final restriction made less and less sense to Kollbocker, especially as he worked closely with a female, egalitarian pastor on his staff.

During his sabbatical, Kollbocker immersed himself in the Bible and academic study particularly scholarship about the cultural context of the New Testament. Kollbocker experienced a moment of revelation that he’d been missing for years. He realized that men and women had originally ruled together in the Garden of Eden—a state twisted by the fall, which led to pervasive patriarchy. He saw that limiting women in the church denied the original equality God created between men and women.

After becoming convicted that women should not be barred from any leadership position in the church, Kollbocker brought his conclusion to his church’s elder board and asked them to embark on their own study of the issue. Over the course of a year and a half, the elder board (which had only one egalitarian member prior to this study) came to a unanimous agreement that all positions of church leadership should be open to women.

One final hurdle remained, however: once the elders had rewritten portions of the church constitution, the church body as a whole needed to approve the changes. In early 2018, by a narrow margin, church members approved the changes and opened all leadership positions to women.

This is not, however, the end of the story.

Some members left the church, unable to stay in a community that had come to an egalitarian position on women in the church.

Others accused church leadership of bowing to cultural pressures, reacting to the #MeToo and #ChurchToo movements.

But for others, this change was a natural extension of the question that Kollbocker and his leadership consistently ask of themselves and their church: what does it mean to be a disciple of Jesus?

Kollbocker explains that the answer to this question cannot lie in simply acquiring more information, as important as that may be. Becoming a disciple means learning to live in the way of Jesus—to live with love, compassion, and grace.

For Kollbocker and his church, living as disciples means inviting women into leadership, but it also means a larger commitment to sharing power and recognizing the humanity in others.

What can we learn from this church’s changed stance on women?

The process began when Kollbocker followed the prompting of the Holy Spirit to study the question of women in church leadership and allowed himself to be open to admitting error and making changes. Kollbocker’s willingness to be led by the Holy Spirit and to change his mind influenced the elders, who eventually voted unanimously to change their requirement that elders be men.

A significant factor in Kollbocker’s changed position was the patient influence of a female pastor with egalitarian views. An egalitarian, this female pastor chose to remain at a church that didn’t share her views and continue discussing her views about women in ministry, patiently and faithfully nudging the church to reconsider its position.

The church lost members—even long-time, highly involved members—over this change. Church leadership knew that this was a possibility, but the practical and personal consequences at the church have been significant.

The challenges faced by this soft complementarian church, even a church with women teachers and pastors already, illuminate the difficulty of moving an entire community from a complementarian stance to an egalitarian one.

But equally, what this pastor and this church have done shows the good that can come when the leadership of a church is willing to reconsider their position, when leadership is willing to think about how to share power and empower others. The change to egalitarianism is new to this church. But in the years to come, pastors and churches like these are poised to nurture and launch an entire generation of Christians who recognize the humanity in others and work to liberate all people to use their gifts freely in the church.