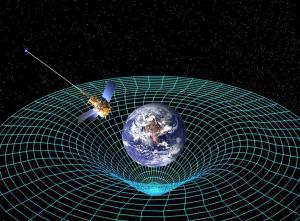 One of the biggest cultural shifts in recent years is the rise of fake news – where claims with no evidence behind them (e.g. the world is flat) get shared as fact alongside evidence-based, peer-reviewed findings (e.g. climate change is happening).

Researchers have coined this trend the ‘anti-enlightenment movement‘, and there’s been a lot of frustration and finger-pointing over who or what’s to blame.

But a team of psychologists in 2017 identified some of the key factors that can cause people to reject science – and it has nothing to do with how educated or intelligent they are.

In fact, the researchers found that people who reject scientific consensus on topics such as climate change, vaccine safety, and evolution are generally just as interested in science and as well-educated as the rest of us.

The issue is that when it comes to facts, people think more like lawyers than scientists, which means they ‘cherry pick’ the facts and studies that back up what they already believe to be true.

So if someone doesn’t think humans are causing climate change, they will ignore the hundreds of studies that support that conclusion, but latch onto the one study they can find that casts doubt on this view. This is also known as cognitive bias.

“We find that people will take a flight from facts to protect all kinds of belief including their religious belief, their political beliefs, and even simple personal beliefs such as whether they are good at choosing a web browser,” said one of the researchers, Troy Campbell from the University of Oregon.