Jesus According to the Evangelists 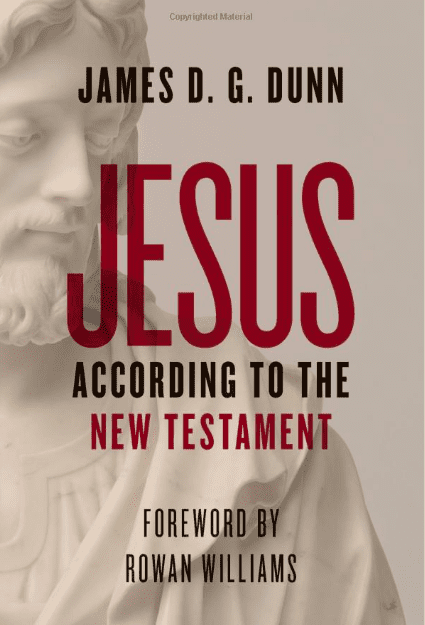 I’m taking a few stops at James D.G. Dunn, Jesus According to the New Testament.

We call the authors of the first four Gospels the “evangelists” because they are recording the evangel, the gospel itself. That gospel is the story of Jesus.

But in telling that story each of the Evangelists presents a distinct, if complementary, view of Jesus.

Dunn proceeds through each of the synoptic Evangelists — Mark, Matthew, Luke — drawing out the themes of each.

Long ago a scholar produced a NT theology that summoned the various authors of the NT to a conference table to present his ideas about a selected topic (say, salvation). That author permitted each author to present his view in his own way, and that same author avoided forcing the various views into a single synthesis, which I thought at the time and even more now, could help us summon more voices to the table to create genuine diversity in our unity. So, here is Dunn’s summary of the synoptic Evangelists’ view of Jesus:

Third, the summary term “gospel” was claimed for the Christian movement for its central message by Paul, and given its technical Christian sense by Mark. If “gospel” as a Christian term is defined by Mark, as the story of Jesus’s ministry, climaxing in his death and resurrection, then later uses of the term, as in the Gospel of Thomas, are better described as a misuse of the term.

Fourth, particularly by framing his telling of the story of Jesus’s ministry as the unveiling of “the messianic secret” of Jesus, Mark added a spice to what might otherwise have been a more pedestrian account. And his ending of the story, leaving the hearer in some suspense, presumably helped bring a listening audience to their own experience of the risen Jesus.

Fifth, Matthew’s retelling of the Gospel of Mark shows how adaptable was the Jesus tradition—how different emphases could be brought out from the same tradition. In Matthew’s case the emphases seem to have been to make his Gospel more appealing to Jewish audiences—the five blocks of Jesus’s teaching mirroring the five books of Moses, the Wisdom Christology, the emphasis on Jesus as the fulfillment of Jewish expectation, the focus on Jesus’s mission to Israel, and the reaffirmation of the law. It is this sense of Jesus’s continuity with what had gone before in God’s leading of Israel that most marks the Gospel of Matthew and makes it distinctive among the documents of the New Testament.

Sixth, if Matthew links the ministry of Jesus most firmly to God’s dealings with Israel in the past, Luke points, with equal firmness, to the potential of Jesus’s mission for the gentile world. This is most obvious in his emphasis on the role of the Spirit, to be continued in his second volume, as also Jesus’s own openness to gentiles. Distinctive of Luke, but also of powerful significance for Luke’s wider concerns evidenced in Acts, are his emphasis on Jesus’s ministry among sinners, his note that Jesus gave priority to prayer during his own ministry, Jesus’s concern for the poor, and the importance of the role of women in Jesus’s ministry.

Jesus according to Mark, Matthew, and Luke comes across as certainly the same Jesus, but the same Jesus powerfully impacting different people and different situations. What if only one Gospel had been treasured by the earliest churches—giving the impression that there was only one acceptable way of telling the story of Jesus’s ministry, that there was only one way in which his teaching could be retained and passed on correctly? Thankfully, Jesus’s ministry was told diversely from the first, not least in order that the diversity of its appeal should be maintained.