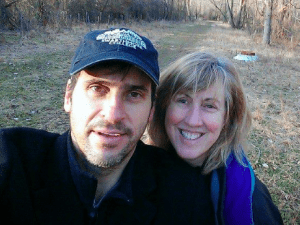 I have 4-5 English translations that I use regularly (ESV, NAS, NIV, KJV), but my primary Bible is NRSV. If one compares all of the modern translations, the differences between them are usually very slight. Goldingay’s First Testament is distinct, fresh, almost shockingly so at times. You encounter freshness in the first sentence of the FT, “At the beginning of God’s creating the heavens and the earth…” (Gen 1:1), in the most famous psalm, “My shepherd being Yahweh, I don’t lack” (Psa 23:1), and in many people’s favorite verse, “I myself acknowledge the intentions that I’m formulating for you (Yahweh’s declaration), intentions for your well-being and not for bad things, to give you a future, a hope” (Jer 29:11). Some may find the FT too literal (particularly with Jer 29:11), but I love it because it sounds different. The newness gets your attention, and makes you think, to wonder why he expressed it that way. Usually, it’s because he is following the Hebrew closely.

How can this translation help students, pastors/preachers, and Bible readers in general?

Many contemporary translators do such a great job of making their translations understandable, readable, and accessible, that it can be easy for modern readers to forget that the Bible was not originally written in English. Because of the literalness of the FT, one is more aware of the Hebrew (and occasionally Aramaic) background behind the text, which is a really good thing. Familiar names are often transliterated, not rendered as we may be accustomed (e.g., Egypt = Misrayim; Israel = Yisra’el; Judah = Yehudah). Hebrew word order is often followed, which allows the emphasis of the original to come through more clearly.

Some English translations include no introduction for each biblical book, others may include a brief paragraph. The FT has long, often full-page introductions for each book, packed with not only helpful historical background, but also profound theological reflections, allowing readers to see the forest, not just the trees. The book introductions alone are worth the price of the FT.

What surprised you about FT in what you read?

I was delightfully surprised by the section titles. I’m generally supportive of adding section titles in Bible translations since most readers find them helpful. They are usually accurate, only occasionally misleading, but—most personally distressing—universally boring. (I value provocative titles—see my published works.) The section titles in the FT are fantastic and funny, creative and clever. For example, “How David acquired his grandfather” for Ruth 4:11-22; “How to be the bad guy” for 2 Kings 21:1-12; “Let me tell you a story” for Proverbs 7:1-20. Beyond just Goldingay’s creativity, these titles make me want to read the text, which should be a goal for any translator.

People outside the church often don’t understand the words Christians use to describe our faith and our relationship with God, so using terms that are more familiar usually communicates the message better. As my son likes to say, “Utilize the vernacular.” Even within the church, many people aren’t really sure what holiness means, or what a covenant is supposed to represent. When Goldingay uses more common terms it grabs the attention of readers who are used to the conventional term. However, even his alternative choices sometimes have a downside. While I like his use of “sacred” instead of the traditional translation of “holy” (e.g., Exo 3:5; Lev 19:2), I’m not sure people really understand what it means to be sacred either. He often uses “pact” instead of “covenant” (e.g., Gen 6:18; Exo 2:24) which is helpful, but when was the last time any of us made a pact? A translation can only do so much. Readers of Scripture will still need to work to understand the text (it’s worth it).

How has his translation jolted or jarred you into thinking differently about a given Hebrew term or conventional translation? (He did this for me with “smartness” for wisdom.)

I’ll pick two choices of word translations that made me think differently about translation generally. Instead of “Asherah” the FT uses “totem pole” (e.g., Judg 6:25; 1 Kgs 16:33; Mic 5:14). I love this. When someone reads about Asherah (sacred poles used in worship of the goddess Asherah), it is difficult to know what is being described, but most folks (at least in North America) have seen images of totem poles. Likewise, instead of “cherub” the FT uses “sphinx” (e.g., Exo 25:19; 2 Sam 22:11; Psa 18:10). If you do a google search for images of “cherub” you’ll primarily find chubby faced toddlers with wings, which has nothing to do with a biblical cherub (envision Eden’s sword-wielding cherubic guardians: Gen 3:24). A sphinx is a mythical creature, sometimes with wings, often connected with temples. It fits for cherub. Now, both of these terms (totem pole and sphinx) are problematic—every translation is flawed in some way. But in each instance these two word choices clarify, and help us imagine what is being described. By using these alternative translations, the FT forces me to think creatively about how to communicate biblical terms in ways people can more easily comprehend.

What do you think of using transliterated names?

I’m torn on this one. I like the freshness of the transliteration (see my comments to the second question above), which shifts us closer to the original Hebrew. For example, instead of “Passover” the FT has “Pesah” (e.g., Exo 12:11; Lev 23:5; Num 9:2), which is merely a transliteration of the Hebrew. By using the transliteration here, readers are more obviously connected to the Jewish tradition. But it is confusing to call the prophets that we know as “Isaiah,” “Jeremiah,” and “Ezekiel” as “Yesha’yahu,” “Yirmeyahu,” and “Yehezqe’l.” The FT is much closer to the Hebrew and most people should be able to figure out the names, but I’m not sure it’s worth the potential confusion. (To help confused readers, the FT includes a twelve page glossary in the back explaining some of the transliterated names and terms.)

On the other hand, the FT sometimes translates into English names that are often left transliterated. Most translations give us a version of “Maher-shalal-hashbaz” while the FT clarifies that this name means “Plunder Hurries Loot Rushes” (Isa 8:1, 3). Similarly, the FT has “A Remainder Will Go Back” instead of the typical “Shear-jashub” (Isa 7:3). In the FT these names may still be a bit cryptic (what does it mean for plunder to hurry?), but the core meaning is basically understandable. I find that quite helpful.

Can this translation help in classroom teaching of the “Old Testament”?

Particularly for classes based on the original language, the FT will be extremely helpful. The FT models thinking creatively about a translation, going beyond merely literal English to show how alternative wordings provide new connotations and meanings. A colorful expression in the original Hebrew, captured in the KJV as “him that pisseth against the wall,” is boringly translated in most modern English versions simply as “male” (1 Sam 25:22, 34; 1 Kgs 14:10; 16:11; 21:21; 2 Kgs 9:8). Yes, most of us realize that to pee against a wall certain anatomy is required (usually), so “male” works. But those translations deprive readers of the humor, the insult, the trash-talking aspect of these expressions, all of which are found in taunt speech. The latent junior high boy in me particularly appreciates how the FT revives the shocking flavor of the KJV in these passages with “the one who pisses against a wall.” Humor always enlivens a classroom. For the sake of their students, I hope other instructors agree.

General thoughts etc… something you’d like to say about translations.

While it can be overwhelming to keep encountering new translations of Scripture, I think it’s a good thing. Like new books, songs, and movies, some translations will become popular and survive (none more so than the KJV), others will fade away and disappear. Because language is constantly changing, now more quickly than ever, we should expect, and even hope for more translations in the future. I’m looking forward to Scot McKnight’s Second Testament.