Can A Paycheck Bring Purpose? On Workism

Growing up, workaholism was a vice to avoid (at least, in theory). But now, workism has become its own religion of sorts—promising “identity, transcendence, and community.”

This is the thesis of Derek Thompson of The Atlantic. Amid the decline of traditional faith in America (a claim I find dubious), Thompson suggests workism is an upstart religion clamoring for congregants. And America is fertile ground for its growth (a claim I agree with).

The Gospel of Work 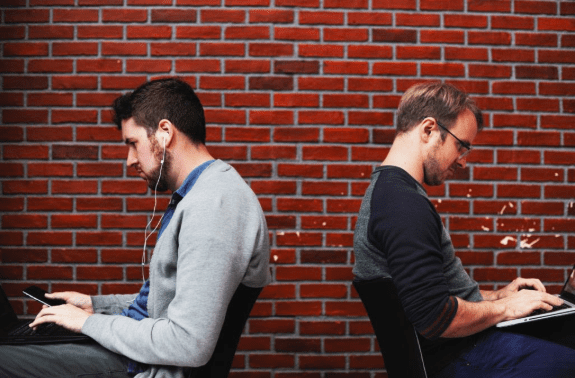 Workism “is the belief that work is not only necessary to economic production, but also the centerpiece of one’s identity and life’s purpose” (emphasis added).

This is a particularly nefarious turn of events because it makes work an end in itself, rather than a means.  Before the Industrial Revolution, work was necessary as a means of survival.  No complaining. No compromising. Just do the work so the family, tribe, or community, could survive.  After the Industrial Revolution, work was the means for purchasing leisure time—time with family, hobbies, or other interests.  BUT NOW, work itself is the reward, it is the plan and the purpose.

Thompson points out that while we—and he is talking about the American “we” where workism claims the most adherents—we have more wealth than ever before, but we are still working more than ever before.  Indeed, “The best-educated and highest-earning Americans, who can have whatever they want, have chosen the office for the same reason that devout Christians attend church on Sundays: It’s where they feel most themselves.”

From Paycheck, to Purpose, to Depression

While the seeds of workism were planted by the Boomers and Gen X, it is the Millenials that have flourished (or whithered) most under it.  Workism creates the idea that the meaning of life should be found in our work, in our offices, at our desks, and on our phones.

The only problem is the besides the select few who somehow find the perfect job, expecting our paychecks provide purpose creates the ultimate mismatch between expectations and reality.  Millennials have it especially bad as the 1) generation groomed as the perfect self-optimizers and overachievers, and 2) as the generation fully and persistently exposed to social media (where everyone attempts to showcase their perfect careers).

No wonder depression and anxiety have soured when all our identity and meaning is supposed to come through our work, and yet hardly ever materializes.  No wonder recent college graduates—burdened with large debts—feel crushed under the demands of “adulting.”

Work promises us the world, but only gives more of itself.

As Thompson notes, “There is something slyly dystopian about an economic system that has convinced the most indebted generation in American history to put purpose over paycheck. Indeed, if you were designing a Black Mirror labor force that encouraged overwork without higher wages, what might you do? Perhaps you’d persuade educated young people that income comes second; that no job is just a job; and that the only real reward from work is the ineffable glow of purpose.”

Work in the Kingdom

Of course there is nothing wrong in the desire for belonging, purpose, and identity.  The problem is how and where we find them.

All who follow Jesus, the Son of God, are adopted into the family of the Father through the Spirit (we belong).  And as children of the Father we have a share in the Father’s work in the world (we can bless). Our identity and purpose are in and through the Kingdom of God.  And this is principally done by cultivating the Kingdom culture of the Church.

Over the last 50 years there has flourished a theology of work (growing out of the Reformation’s critique of the laity as second-class kingdom workers).  This theology of work positions our careers as part of our callings, and our vocation as part of God’s vision for the world.  It reminds us that in “whatever you do, in word or deed, do everything in the name of the Lord Jesus, giving thanks to God the Father through him” (Col. 3:17), and “whatever you do, do it all for the glory of God” (1 Cor. 10:31).

There are many upshots to deepening our theology of work. But we must be wary of accidentally accommodating the new religion of workism, giving a new mutation to the Protestant work ethic amid the Spirit of Capitalism.

Work, identity, and purpose are often best pursued obliquely through obedience and faithfulness.  Joy and happiness are best sought indirectly through other means—and usually through relationships and community.

So, if you can find deep, Kingdom relationships and community in your work, then consider yourself blessed.  But if not, then prioritize Kingdom community—and then find a job that pays the bill. Don’t clime the corporate ladder just to find yourself in a communal hole.

Where Is God in This Pandemic?
Roger E. Olson
Related posts from Jesus Creed