The Future Isn’t Where We Thought It Would Be 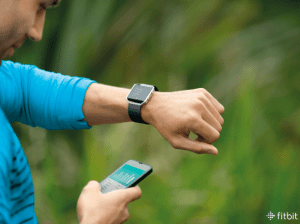 Every industry is being disrupted by the future. Manufacturing jobs are being impacted by robots. Retail is being changed by the internet, and everyone is being impacted by artificial intelligence. Malls are closing because people can shop on their phones or tablets.

We schedule our entertainment with downloads and digital recordings. You don’t have to be home to see your favorite television show. You can record it, download it, or watch an entire year of shows at one time.

Meanwhile, banks and financial institutions are trying to figure out bitcoin.

Colleges and universities are adapting to open enrollment courses, taught by top professors, to people all over the world who are joining the class by video conferencing. Everybody is scrambling to prepare for a future no one saw coming.

And it’s coming faster than anyone anticipated. Think about it. Sears is going out of business. Sears. Sears, whose famous catalogue was Amazon before Amazon was born, didn’t recognize what they had in their mail order business and let it go.

And doing church is no different. Today, churches in North America are facing some unprecedented challenges. There are several streams coming together which, in their coming together, form a Class 5 rapids the church will have to navigate.

What are some of those streams?

First, there’s a generational shift being completed which will affect the local churches in every facet of their ministry.

The Builders, the generation that came home after World War II, has been called the greatest generation by some. They have an impressive resume to earn that title. These are the men and women who came home and started the businesses that became the great companies of America. They made a lot of money, and they gave a lot of money. The Builders are one of the most generous generations in history. They endowed colleges, churches and foundations that fund much of our non-profit work.

As the Builders were moving off the stage of history, the Boomers, of which I’m one, came on to the scene. We didn’t establish the great companies, but we got good jobs. We learned to finance our lifestyles – even our generosity. We changed our capital campaigns to three-year commitments. We couldn’t give a lot of money at one time, but over time, we could give a significant amount. Churches have been built all over America using this plan.

Now, Boomers are retiring, and Millennials, Gen X, and Gen Alpha are coming onto the stage and stepping into leadership. These younger generations have a very different understanding of how generosity should work.

A lot of people have written that Millennials don’t give. That’s not true. Millennials can be very generous and even sacrificial in their giving. They give differently – very differently – from previous generations.

For Millennials and the generations behind them, they have to be able to tie life impact to the ministry project they’re being asked to support. Our church has a Tuesday night worship experience called “Kairos.” Several months ago, a friend shared with Kairos the need to build a well and water purifying system in order to respond to the current drought affecting the townships in Cape Town. In one night, a room full of Millennials gave $50,000! What makes this gift even more impressive was no one knew an offering for South Africa would be taken. The moment and the giving were spontaneous.

Why was it successful? Because they could make an immediate connection between changed lives and the money they were giving.

They won’t give to support building projects that aren’t used all week long. All of the buildings have to be multi-purpose and designed to serve the surrounding community 24 hours a day, 7 days a week.

They won’t give to large institutions or “big bucket” giving strategies that support bureaucracies and high overhead.

As you can imagine, this is going to have major impact on the funding of local church, national and international ministries.

Communities are no longer supportive of large mega-church facilities. The future church will not be able to afford them, but cities and towns are not going to be as generous in their support. Partly because of the negative reaction to Christianity, but mostly because of their impact on city infrastructures like roads and traffic. Churches aren’t seen as providing a community as good as they have been in days past.

So, how will we respond to these coming challenges? First, we’re going to relax and remember we’ve been here before. We’ve been limited on resources, without facilities to support our work and openly opposed by our cultural settings. The church did fine. In fact, we thrived.

The cultural changes will force us to get back to basics. Bible studies in homes, focusing on neighborhood missions and local pastors training the next generation of church leaders. Churches will meet in homes and store fronts, in empty warehouses and wide-open fields. Our pastors will be bi-vocational, making tents with one hand and preaching the gospel with the other.

We’ll find areas of our communities that are neglected and overlooked. We’ll reach out to those who can’t get the healthcare they need. We’ll start schools in the neighborhoods where schools are failing our children.

And we’ll do it all in the name of the Risen Christ.

Personally, I’m excited. We did well before, and in the grace of God, we’ll do well again. I can’t wait. It’s going to be a great ride!