Theology and Religious Studies risk “disappearing” from universities, a report has warned, as figures show that the number of students has almost halved in six years.

While Theology and Religious Studies has been on a downward trend for the past six years, there has been an increase in students taking Philosophy courses over the same time period.

Prof Diarmaid MacCulloch, an expert in church history at Oxford University and vice president of the British Academy, said the figures are “alarming”.

“I am extremely concerned about the drop in such a short period, it is really very alarming,” he told the Daily Telegraph.

“The problem starts at school. Teachers are not directing people in this important direction and not seeing the value in Theology and Religious Studies.”

The report said that the decline cannot be explained by subject choices at school, since A-level entries in Religious Education have increased in the past six years, more than doubling in England and Wales between 2003 and 2017.

“Theology and Religious Studies has been on a downward trend in both applications and enrolment of undergraduate students from 2012/13 onwards,” the report says.

“If this trend continues, [the] provision will come under serious threat at many institutions and the department closures and mergers, which have already started, will likely continue.” 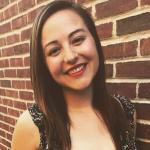 May 29, 2019 My Pastor Was a Woman
Recent Comments
8 Comments | Leave a Comment
""
Queenofthefuzzybugs The (Non)Wesleyan (Non)Quadrilateral
""
Xanthrince JesusCreed.org Blog Prayer
""
William Ristau Writing In Your Life
"'This renewal began first with the renewal of the people of God (chapter 5 or ..."
Kostya2 Putting the Bible Together
Browse Our Archives
Related posts from Jesus Creed