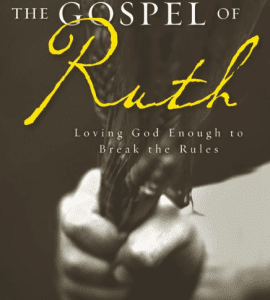 I wasn’t aware of the gift of Carolyn Custis James to the church until I heard her speak at Grand Rapids Theological Seminary, April 16, 2019, at the Talking Points seminar “Women in the Kingdom.” The session that riveted my attention and set my heart ablaze was Carolyn’s flyover of the Book of Ruth; a talk titled “The Gospel of Ruth.” I learned she had a book with the same title as her talk. Determined, I thought, “I’ve got to get that book!” After the talk a Zondervan representative was at the resources table. Seeing one copy of The Gospel of Ruth, I said, “I want to buy that book.” I was told it was not for sale because it was a display copy. I whined, “But the seminar is over. What are you going to do with it?” To my happy surprise the kind Zondervan rep gave it to me. Book lovers know the power of whining.

That day at GRTS caused me to remember my Doctor of Ministry work at Fuller Theological Seminary in the late 1990s. For three years I took classes with gifted sisters and brothers of varying denominations and distinct theological streams. While I was studying the history and practice of Christian Formation at Fuller, the topic of “the role of women in the church” was hot and high on the evangelical agenda. Most of my theological training was in the patriarchal, hierarchical, complementarian view. By reading a boatload of books, I was heavy into the contentious debate, with hairsplitting, nail-biting, very biased-exegeting views about women’s “roles.” I was near the bottom of the funnel, realizing that in all the dust and fury of the debate, only one text was crux interpretum. To put a fine point on it, the blow torch text was 1 Timothy 2:11-12.

Thank God for my Christian sisters in the Fuller cohort who were ordained Lutheran and Presbyterian pastors. We often shared giving devotional talks before class. On one occasion, the Lutheran pastor spoke about the Eucharist and led us to the Table of the Lord. As she spoke, my heart was deeply stirred. She helped me meet God in a fresh, compelling way at the Table. This changed the game for me. I was face to face with living persons who were not verbs to parse, or culture to figure out, or pronouns to pontificate about. I slammed into this reality: was I going to continue to believe, based on some exegetical gymnastics, that these gifted sisters whom God used to enrich my life should renounce their calling, their education, and their undeniable giftedness as pastor-leaders? Was I willing to stand before Jesus Christ in the Final Assize and tell him that these sisters disobeyed the Word of God by becoming leaders in ministry? By no means!

Now 20 years later, I sit under the biblical teaching and theological leadership of Carolyn Custis James as she presents two new widows, Naomi and Ruth, and a farmer, Boaz, to me in a way I have never heard. Come on, how does that happen? Carolyn James is a scholar, a gifted and engaging communicator (and writer), and a woman whose voice was the exact voice from which I needed to hear the story of Ruth.

Scot McKnight has given me the opportunity to review Carolyn’s book, The Gospel of Ruth: Loving God Enough to Break the Rules. I wanted to first give you the back story about why I count it a genuine privilege to review Carolyn’s fascinating contribution to the church. 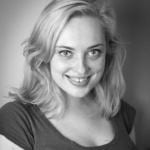