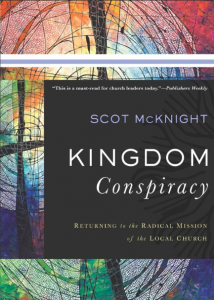 Our summer is giving way to (grand)kids and neighbor kids and teachers going back to school. Enjoy these last weeks of August.

The Methodist Healthcare System of San Antonio has sent two of their emergency services facility dogs to El Paso, Texas, to comfort the victims and first responders of the devastating mass shooting that took place on Saturday.

Therapy dogs Rudy and Chanel arrived in El Paso on Sunday morning, according to the hospital, to provide “unconditional love and support” to those coping with the horrific events that unfolded.

“Chanel and Rudy our facility dogs made it to El Paso this morning. They are already providing their unconditional love and support to first responders helping them cope through this traumatic time,” the facility shared on Facebook.

STATEN ISLAND, N.Y. — A swarm of about 25,000 bees were creating quite a buzz at the St. George terminal Sunday night.

The NYPD’s beekeeper removed about 25,000 bees from an awning at the terminal, which serves the Staten Island Ferry, at around 3 p.m., according to a tweet from NYPD Bees and an NYPD spokesperson.

The beekeeper was assisted by the NYPD Special Ops Truck 5, according to the tweet, along with the Patrol Borough Staten Island ferry security unit.

The call was made by NYPD Lieutenant Michael Molinari, who also discovered the swarm.

The bees were safely removed from the scene, and no injuries were suffered as a result of the removal, police said.

Humans must drastically alter food production to prevent the most catastrophic effects of global warming, according to a new report from the United Nations panel on climate change.

The panel of scientists looked at the climate change effects of agriculture, deforestation and other land use, such as harvesting peat and managing grasslands and wetlands. Together, those activities generate about a third of human greenhouse gas emissions, including more than 40% of methane.

That’s important because methane is particularly good at trapping heat in the atmosphere. And the problem is getting more severe.

“Emissions from agricultural production are projected to increase,” the authors warn. “Delaying action” on reducing greenhouse gas emissions, they continue, “could result in some irreversible impacts on some ecosystems.”

This is the latest in a series of reports from the U.N.’s Intergovernmental Panel on Climate Change. The new report adds weight and detail to a warning put out by the same panel of scientists last fall, in which they sounded the alarm about the inadequacy of the pledges countries have made so far to reduce greenhouse gas emissions.

At that time, the panel broadly suggested that farmland would need to shrink and forests would need to grow to keep Earth from getting more than 1.5 degrees Celsius hotter than it was in the preindustrial era. Global temperatures have already risen about 1 degree Celsius in the past 150 years.

To meet that temperature target, global greenhouse gas emissions will need to fall by 40% to 50% in the next decade. Scientists say the only way to achieve that reduction is to significantly increase the amount of land that’s covered in trees and other vegetation and significantly reduce the amount of methane and other greenhouse gases that come from raising livestock such as cows, sheep and goats.

The new report offers some broad suggestions for how countries might achieve that. For example, for countries that have lost tree cover in the past century, reforestation can help suck greenhouse gases out of the air, while also preventing soil from drying up. Reducing food waste can also help: The report estimates food waste accounts for as much as 10 percent of human-induced greenhouse gas emissions. (Check out these tips on reducing food waste in your own home.)

For more than a decade, from coast to coast, they rose from urban cores and suburban sprawl alike, feats of architectural perfection that defined the fan experience in Major League Baseball – in perpetuity, it seemed.

The great ballpark building boom that spanned the 1990s and into the millennium’s first decade was a welcome correction from the multi-purpose mausoleums that dotted the landscape in the 1970s. And the billions and billions of dollars expended – much of it coming from taxpayers – to create a more intimate setting felt like a permanent fix.

Yet as the industry discovers the appetite for live baseball may be shrinking, a third wave of stadiums are gradually coming online, revealing franchises’ desire to further shrink the ballpark – be it new or already existing.

“The Camden Yards-era ballparks were fitting the bill,” Oakland Athletics president Dave Kaval says of Baltimore’s innovatively retro stadium that opened in 1992. “But that was 20 years ago.”

Kaval is charged with finding a new ballpark for the A’s and the club has progressed significantly on a waterfront project at Howard Terminal, near Jack London Square. Major hurdles remain, most notably Oakland City Council approval of a complicated deal centered on a 34,000-seat stadium.

Since 1989, every major league club save for the A’s and Tampa Bay Rays have inhabited a new or significantly renovated stadium. The Rays’ failed attempt at building in Tampa’s Ybor City aimed for a ballpark with 28,000 seats; they have already reduced capacity at Tropicana Field to 25,000.

The Atlanta Braves and Texas Rangers, leaning significantly on public funding that came without taxpayer referendums, ditched parks built in the 1990s for smaller digs framed by the game’s new revenue engine – mixed-use developments at least partially controlled by the team. The Braves are in their third season at SunTrust Park (capacity, 41,000, replacing Turner Field’s 53,000) while the Rangers in 2020 will open Globe Life Field, a retractable-roof facility that will seat 40,000 compared to its predecessor’s 49,000-seat capacity.

Others are on the way.

August 11, 2019 Grant To Us, Lord
Recent Comments
1 Comment | Leave a Comment
Browse Our Archives
get the latest from
Evangelical
Sign up for our newsletter
POPULAR AT PATHEOS Evangelical
1