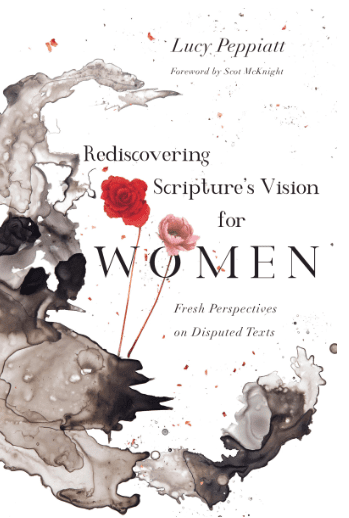 I get asked lots of questions about the Bible, but perhaps my favorite went like this: What in the Bible would you tell my church to think about if the leaders are considering more freedom for women in the church’s ministry? I’ll keep it to seven, and I’ll make it seven questions to ponder as you ponder what God is calling women to do in the church.

What did women actually do in the Bible (besides cook and tend to the little ones and farm and carry wood and make clothing, etc)? Anyone asking this question needs to begin with someone like Miriam in Exodus and then spend sometime with that uber-tough Deborah and then take a hard long look at Huldah. How would you describe what they did? They sang, they led, they ran the nation, they led the military machine, and they spoke for God to the people of God. What else? That Proverbs 31 woman, as my friend Alice Mathews said to me recently, has more to say than most bother to hear. Then jump into the New Testament and ask what Mary did, and what Prisca/Priscilla did, and what Junia did, and what about those women leaders in Philippi, Euodia and Syntyche? What did they do? One nurtured the Messiah, one taught the gospel to a male leader, one was nothing less than an “apostle” and the others were co-workers with Paul. Which is about a strong of an affirmation as one can get from Paul. Too often, too many, for too long have gone to the so-called submission passages not realizing they were creating more than a little contradiction in the very man who was working with these women in his mission. Paul knew what these women were doing when he wrote 1 Timothy 2 and he therefore didn’t mean they couldn’t do what’s said about their doings.

Who are the major named women in the Bible? Once I spent some time with college students over coffee talking about two women, Junia and Phoebe. I went on as professors are wont to do, perhaps a bit too long but I was pumped. Near the end a female student was surprisingly irritated, and I thought it was with what I was saying, only to learn that she was nothing less than ticked off with her church. Why? Her words, not mine: “Why have I never heard about these women in my so-called ‘Bible-preaching’ church?” Exactly, I muttered to myself. “Why?” Far more know about the altogether unimportant names Methusaleh or Ehud than know of Phoebe or the daughters of Philip. Each church needs today a series called Women of the Bible.

Who are the women theologians you read today or who on your bookshelves? Of course, if one is a bean counter and one has been collecting books as long as I have – almost fifty years now – one will not have a 50-50 ratio but weekly I am sent books and more and more they are written by women, like my friend and scholar, Lucy Peppiatt. Others include Renita Weems, Haley Goranson Jacob, Morna Hooker, Amy Jill Levine, Lynn Cohick, Marianne Meye Thompson, Carolyn Osiek Ruth Felker Jones, Beverly Gaventa, Ruth Haley Barton, Margaret Macdonald, Nancy Ortberg, Alice Mathews, Amy Peeler, Nancy Beach, Cristena Cleveland… and I’m old enough to say this list has grown exponentially in my life time. There was a time, well, when not many women were in this “line of work” but that day has ended and their books ought to be on any respectable thinker’s shelves.

Who are the women preachers you listen to today? A friend of mine once told me she was preaching at a church where no woman had ever preached. After a few times preaching an old man came up to her and informed her that, while he was formerly against women preaching, after listening to her he became convinced that women not only could preach but ought to be preaching. I often ask my friends who are podcast listeners, “Which women are you listening to?” Fleming Rutledge? Mandy Smith? Barbara Brown Taylor? Tara Beth Leach? I know for me it was reading Morna Hooker as a PhD student that shook me out of lethargy about women as Bible teachers and theologians. I have heard others say it was listening to Billy Graham’s daughter, Anne Graham Lotz, that made it clear women not only can preach but ought to preach. Speaking of authors and preachers, Lucy Peppiatt, though not as well known in the USA as she is in England, is both a wonderful theologian-author but also a dynamic teacher-preacher. Read her and listen to her.

Who are the influential moms in your church? When the “roll is called up yonder” and those on the list tell their stories about how they came to faith, the #1 adder-to-the-list will be moms. My mother told me about Jesus as a child, and in your church are moms singing to their babies, telling their children the gospel, and guiding the next generation into discipleship behind Jesus. This truth must be told: if we relied totally on males … I’ll not complete that sentence, but I will say this unabashedly: moms are the #1 reason why the church has grown and is growing. Anyone who thinks women can’t teach, preach, or instruct others in the faith needs to take a long look at the moms in church and then apologize for foolishness. Moms are evangelists, catechists, teachers and preachers – from the house to the church.

Which texts in the New Testament need to be explored the most in their historical context? I became aware of the careful theological and biblical work of Lucy Peppiatt when I read a small book of hers about 1 Corinthians 11:2-16. In that book Lucy made it abundantly clear that not only were there a bewildering list of possible interpretations of vexing expressions like headcoverings and what “head” means, but the interpretations many were suggesting were flat-out contradictions of either the Bible itself or of one another. She offered a different question – What if the problem isn’t the women but the men? – and a different solution – some of these lines that don’t fit our theology don’t fit into the Bible because they were the words of Paul’s opponents being quoted. She had me there, and I have followed her work ever since. This book will introduce you not only to her reading of 1 Corinthians 11 (and 14 by the way) but also to her approach to many issues. I am so grateful to Lucy for this wonderful packaging of all her best ideas about women in the Bible and church. She’s probably got more so take this as a sampling.

What about Mary? One time my mother asked me what I was studying and I told her I was studying about Mary. She said out of her Baptist orientation, “Why, she’s so Catholic?!” Welp, I took a big gulp and reminded her that she was the mother of Jesus and that she’s all over the Gospel pages. So often that she’s mentioned only slightly less than Peter. I’m on a crusade to get so-called Bible believers to believe just what the Bible says about Mary. Fact is she’s a powerful young woman, a powerful mother, and a powerful mover and shaker in the Gospels themselves. Who else gets in Jesus’ face to inform him that the wine has run out, that he’s going to get himself in trouble if he keeps offending the religious leaders, who else is present when Jesus, surrounded by an angry mob, is crucified? Who else is talked to from the cross other than Mary? Did you even know Mary’s got to be in the descriptions of the woman in Revelation 12? Protestants are blinded to Mary, so I urge them to open their eyes and watch Mary in the New Testament. When done, they’ll have a better understanding of what God calls women to do.

Those are the seven questions I’d want folks to consider when they ponder anew women in ministry. The simple answer is, and one that hums on every page in this wonderful book, that women can do whatever God calls them to do, whatever the Spirit empowers them to do, and whatever following Jesus leads them to do.

I know this because Lucy’s one of them!

NB: This post is my foreword to Lucy’s wonderful book.

August 13, 2019 A Green Bible? (RJS)
Recent Comments
6 Comments | Leave a Comment
""
Queenofthefuzzybugs The (Non)Wesleyan (Non)Quadrilateral
""
Xanthrince JesusCreed.org Blog Prayer
""
William Ristau Writing In Your Life
"'This renewal began first with the renewal of the people of God (chapter 5 or ..."
Kostya2 Putting the Bible Together
Browse Our Archives
Related posts from Jesus Creed