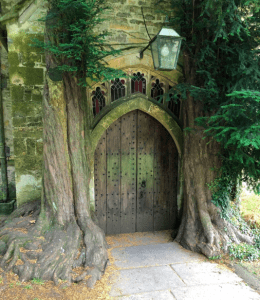 I am excited to be with another New Testament MA cohort next week as we delve into studying the Context of the New Testament, with special focus on Romans 12-16.

A new kind of funeral: for a glacier.

OKJOKULL GLACIER, Iceland (AP) — It was a funeral for ice.

With poetry, moments of silence and political speeches about the urgent need to fight climate change, Icelandic officials, activists and others bade goodbye to what once was a glacier.

Icelandic geologist Oddur Sigurðsson pronounced the Okjokull glacier extinct about a decade ago. But on Sunday he brought a death certificate to the made-for-media memorial.

After about 100 people made a two-hour hike up a volcano, children installed a memorial plaque to the glacier, now called just “Ok,” minus the Icelandic word for glacier.

“The symbolic death of a glacier is a warning to us, and we need action,” former Irish president Mary Robinson said.

This was Iceland’s first glacier to disappear. But Sigurdsson said all of the nation’s ice masses will be gone in 200 years.

“We see the consequences of the climate crisis,” Icelandic Prime Minister Katrín Jakobsdóttir said. “We have no time to lose.”

Jakobsdottir said she will make climate change a priority when Nordic leaders and German Chancellor Angela Merkel meet in Reykjavik on Tuesday.

“I know my grandchildren will ask me how this day was and why I didn’t do enough,” said Gunnhildur Hallgrimsdottir, 17.

I agree with Richard E. Vatz:

The saddest and most profound transformation I have witnessed nationwide in my many decades in higher education is professors’ increasing fear of college students. This fear, borne of the increasing power of undergraduates’ influence on professors’ careers through invalid teaching evaluations and the profound ethic of expediency encouraging the coddling of students in the academy, cannot be overestimated.

Earlier this year I published a letter to the editor in the Chronicle of Higher Education titled “Student Evaluations Will Never Be Very Valid or Valuable.” I closed the piece with this short paragraph:

After much thought and reflection, I wish to amend that sentiment: I want to state more firmly that teaching evaluations cannot be made valid or valuable and strongly advise that they not be used more consequentially. They should be expunged for the purposes of retention, promotion, and tenure, and they should not be used for hiring purposes.

Student classroom evaluations of courses and professors should be eliminated. If they must be kept at all, they should be replaced by student accounts of measurable teacher behaviors on which students have the ability to report with some accuracy and validity. For example, does the professor show up for class regularly? Does he or she arrive on time? Does he or she grade consistently with his or her claims of criteria?

Questions like these might constitute valid data from students. Student evaluations of professorial teaching, currently used in just about every college and university, do not — at all.

Mainline churches and support of Trump:

Consider some of the numbers that political scientist Ryan Burge has been crunching from the Cooperative Congressional Election Study (CCES), which surveys over 64,000 Americans every two years. Not only do 49% of ELCA respondents in the 2018 CCES identify as Republican(vs. 42% as Democrats), but even more approve of Donald Trump: 52% of those Lutherans, 35% strongly. When Burge drilled down to look at religious behavior, he found that ELCA support for Trump was strongest among those who attended church most often and weakest among those who show up just once or twice a year.

Alligators! Climbing fences. Can they unlock doors too?

Most people know alligators get just about everywhere in Florida, but now they’ve really leveled up.

Videos from last week show one swimming in the middle of a busy road — and another climbing a fence.

One of the intrusive reptiles was filmed on Thursday swimming in a giant puddle in the middle of an intersection during a downpour in St. Petersburg. Facebook user Roger Light Jr. caught it on video.

Another gator in Jacksonville took a cue from a viral “Storm Area 51” Facebook post. Someone caught this animal climbing the fence at the naval air station in the city, and, no, we didn’t know they could climb fences either.

Leftists have some explaining to do on this one. Will they?

I went back to Oberlin on a Friday in June for the first time in a year or so. Even retired professors like me have to return books to the library (eventually). Driving off the Ohio-10 freeway, down East Lorain Street, past the organic George Jones Farm—named for a beloved botany professor, not the great country-and-western singer—I saw the first of several yard signs supporting Gibson’s Bakery in its lawsuit against Oberlin College and its dean of students, Meredith Raimondo, who is also vice president of the college. The previous day, a Lorain County jury had awarded Gibson’s an astounding $33 million in punitive damages in addition to the $11.2 million it had already assigned to the family business for compensatory damages.

The jury found that Oberlin College and its dean of students had maliciously libeled the Gibson family as racists and deliberately damaged their business by suspending and later cancelling its century-long business relationship with the bakery—all while unofficially encouraging a student boycott. And the jury found that the college had intentionally inflicted emotional distress on the Gibsons themselves.

At least neither Dean Raimondo nor anyone in the Oberlin administration was found to have harmed the Gibson family dog. But someone did slash the tires of their employees’ cars; there were anonymous threats; and someone harassed the 90-year-old paterfamilias, Allyn W. Gibson, in the middle of the night, causing him to slip and crack three vertebrae. All because on November 9, 2016, his grandson and namesake, Allyn Gibson, who is white, had caught an underage African-American student named Jonathan Aladin first trying to buy and then trying to steal wine from the store with two college friends. When Gibson tried first to call the police and then to take a picture of Aladin with two bottles of wine under his shirt, Aladin slapped the phone out of his hands and ran out of the store. Gibson chased him across the street, tried to stop him, and was beaten up by Aladin and his friends. “I’m going to kill you,” Gibson reported Aladin saying. Aladin and his friends, Endia Lawrence and Cecelia Whettstone, were arrested. The Gibsons pressed charges against the students despite the college’s repeated demands that they drop them.

In court, Raimondo and other key players in the Oberlin administration were shown to have actively supported two days of student protests against Gibson’s after the arrests, cursed and derided the Gibson family and its supporters in emails and texts—“idiots” was among the milder epithets—and ignored those within the college who urged deliberation, compromise, and restraint. Oberlin President Marvin Krislov and others rejected the Gibson family’s repeated pleas to renounce the charge that they were racists, even when presented with strong statistical and anecdotal evidence that this was not the case.

In August 2017, nine months after his arrest, Jonathan Aladin pled guilty to misdemeanor charges of attempted theft, aggravated trespassing, and underage purchase of alcohol. His friends pled guilty to the first two charges. All three students read statements to the court acknowledging that Allyn Gibson had been within his rights to detain them and that his actions had not been racially motivated. On the sidelines of the court, the director of Oberlin’s Multicultural Resource Center and interim assistant dean of students, Antoinette Myers, texted her supervisor, Dean Raimondo. “After a year”—that is, after the students were eligible to have their criminal records expunged—“I hope we rain fire and brimstone on that store,” Myers wrote.

August 23, 2019
Refreshing Vision: The Spiral of Grace
Next Post