[Abstract of this review by Geoff Holsclaw] My fundamental concern is that our humanity is at stake—our dignity (not just our freedom). And this is the reason moderates—and progressives—should reject David Bentley Hart’s universalism: he loses the unique beauty (and disaster) of the human person in his relentless pursuit of metaphysical clarity and coherence.

There are several reasons why a person like me would be interested in David Bentley Hart’s new book universalism, That All Shall Be Saved. And I’m going to outline those reasons, and explore Hart’s arguments in this review (for all the details, see my extended summary here).

What Exactly Are We Talking About?

Christian universalism, as espoused by Hart, is the view that hell is not eternal (it will only last for as long as it takes to purge evil from all of creation), and that all will achieve union with God so that God might be “all in all.”  I’ll unpack that in a moment.

But Christian universalism is to be distinguished from universalism in general, which says that “all roads lead back to God” because all religions really takes us on the same spiritual journey in the end.

Hart, and most Christian universalists, claim that Christ’s life, death, and resurrection, are fundamentally necessary for the redemption of all things—and indeed, because Christ is the victor over sin and death, all things will eventually be reconciled to God (even if passing through the fires of hell, which are none other than the purifying glory of God). 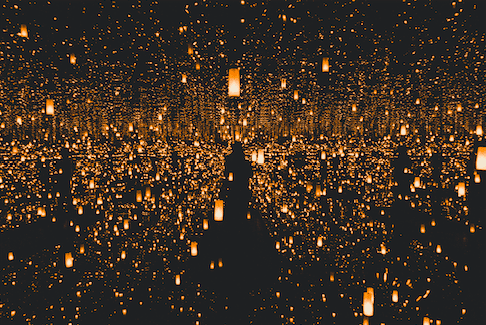 Hart, however, is not very clear about his opponents in the book.

Hart treats 1) “infernalists” (his label for the “eternal conscious torment by God” view), 2) “hell is the place of our own making” (C. S. Lewis), and 3) conditional immortality/annihilation as if they were all the same view.  In the end his book really only manages to land serious blows against the infernalists, leaving the other two options mostly intact.

If you were hoping to read Hart as a way to get up to speed on the various debates about universalism, the different options or streams involved, or a detailed review of the biblical arguments for or against universalism, you will be sorely disappointed.

Why Am I Interested in This Book (and why should you be)?

I would consider myself a theological moderate or centrist, but evangelical nonetheless (even if that is a meaningless term these days).

In a sense, I’m wondering whether or not the shifts in my theological matrix (much less Reformed, less literal view of hell, and Christus Victor) should drive me toward universalism.

As a theological moderate I can see why others, and certainly why theological progressives, will love this book.

Many have already claimed Hart’s book will become an instant classic. And it probably will be, but for all the wrong reasons—or rather for all the right reasons when it comes to diatribe.

The book is unrelentingly pugilistic in tone (Hart loves using big words. Outside of using “pugilistic” just now [which means “one who boxes/fights”], I will refrain from such a pedantic practice).

Hart constantly beats down opponents through cheap shots and emotional appeals. Hart is fond of pointing out every supposed “communal self-deception” and “collective derangement” promoted by “moral idiocy” disguised as “spiritual subtlety,” all of which would be discarded as so much “degrading nonsense” and “sentimental obscurantism” if we all weren’t so committed to the fantasy of an eternal hell.

But thankfully all who already agree with Hart have “a properly functioning moral intelligence”, and all opposed probably have “one or two emotional pathologies”, or they are full blown “religious sociopaths” who are “psychologically diseased.”

It will be tempting for progressives (and moderates) to give in to these emotional appeals and calls to moral outrage.

But as I hope to show, rather than being the proof that we have retained a shred of humanity, to follow Hart as he darts down the universalist hole is ultimately to lose the humanity created in God’s image.

After two introductory chapters (“Framing the Questions” and “Doubting the Answers”), Hart begins four meditations on universal reconciliation (again, see this for the details).

#1 Who is God? The Moral meaning of Creatio ex Nihilo

This meditation asks, Can we really call God good if God created even one finite being who is destined for infinite suffering? No, Hart answers, God would not be good if even one part of creation is damned. Rather, God would be a moral monster.

#2 What is Judgment? A Reflection on Biblical Eschatology

This meditation asks, Is hell as eternal conscious torment inflicted by God really in the Bible? No, Hart answers, it is a distortion and projection to find hell in the Bible.

#3 What is a Person? A Reflection on the Divine Image

#4 What is Freedom? A Reflection on the Rational Will

This meditation asks, Can a rational agent freely reject God forever and therefore rightfully receive eternal damnation? No, Hart argues, it is incoherent for a rational agent to always reject its own good end, and God is humanity’s good end. Therefore we will eventually find our rest in the goodness of God, no matter how far or for how long we wander in sin away from that Good.

These four meditation require quite a bit of metaphysical unpacking to get at their theological freight—and would cause this post to be much longer than it already is.

First Main Argument: God is good.  Therefore, all creation will come to its good end (or, no evil part will remain eternally in creation).

Expanded a little: If God is good then creation is good. But if any part of creation remains evil forever (or is annihilated), then God cannot be entirely good (only mostly good). But God’s goodness must be displayed through everything so that God might be “all in all.”

This argument assumes all creation was created for the ultimate end of divine union (Hart’s first meditation), and that humanity in particular cannot find rest apart from divine union (this is our created purpose according to Hart’s third meditation).

In both arguments Hart demands maximal metaphysical coherence and clarity.  For Hart, to follow the premises of God’s goodness and human freedom is to arrive on the shores of universal redemption.

We will leave Hart’s demand for perfect logical coherence and clarity to the side for now (except to say that usually it is heretics who demand such coherence and clarity, and that orthodoxy usually holds two truths together, like one God and three persons [Trinity] or one person and two natures [Christology]).

I will even concede that Hart’s logic is indeed impeccable, given the terms of the debate.

But it is the terms of the debate that I reject.  And it is why moderates (and progressives) should reject Hart’s universalism.

Hart loses the personal in the midst his logical metaphysical, which is all the more ironic given Hart’s antipathy for the Western style of theology that supposedly emphasizes natures over persons.

Or said differently, Hart offers an inverted Calvinism where God determines that all will and must be saved, to the loss of human dignity and agency.

The One Main Problem: Image of God Lost

We should understand our theological anthropology (imago dei) through a biblical grid of what “image” means in Genesis.  But instead of this Hart runs his version of the “image of God” through Gregory of Nyssa’s (neo)platonic grid which reduces humanity’s goal and destiny to divine union (which is not wrong, but it is incomplete).

As Catherine McDowell’s The Image of God in the Garden of Eden has clearly shown (see also Middleton’s The Liberating Image), the imago dei is a two-fold reality (in a popular read, my wife and I also explore the journey of imago dei through the entire story of the Bible in Does God Really Like Me?).

First, the divine image speaks of presence.  We were made for union with God as the divine “idols” placed within the garden/creation temple of God.

We are made for divine union.  Hart gets this part right.

Second, the divine image speaks of purpose. We were made to rule in and extend the kingdom of God.  Are are authorized co-rulers, even co-creators, of God’s kingdom.

We are made for kingdom extension.  Hart gets this part wrong, and therefore gets it all wrong.

Hart collapses human purpose into divine presence making his ontological commitments much more like cosmic monism (that everything lives/exists as an extension of the divine essence).  But a Christian theological anthropology (and doctrine of creation) must hold out extensive room for human co-creation.

Why It Matters: Lost Dignity

Universalism (and salvation for that matter) is not about God’s goodness or human freedom (the terms on which Hart, and many infernalists, set the debate).  It is about persons laboring with God or against God.

If humans are co-creators and co-rulers with God, then this changes all of Hart’s arguments.

It is about persons—and the dignity of a human being.

As When Helping Hurts and other works have made abundantly clear, removing all agency destroys dignity (and Hart is not really shy from admitting to determinism—once the ‘proper’ metaphysics is acknowledged).

But God didn’t just come to save us from the disease of sin, or to destroy death (which it true).  God also came to restore humanity a co-laborer in the kingdom, creative contributors to God’s cosmos.

Hart demands that all be saved or God is not good.  But this demand destroys the respect and dignity that God gave humanity—to create something, to add something to God’s creation that wasn’t there.

The possibility that the Bible holds out (but that Hart’s platonized metaphysical monism disallows) the possibility of co-creating with God, humanity could also create a zone of de-creation (anti-creation, anti-kingdom).  This is the creation of sin and evil.

Either could be viewed as God’s respect for the dignity of humanity’s ability to create.

Ultimately God will always align or bless the image of God in us by aligning our presence and our purposes.

On the one hand God will align our desire for God’s presence (divine union) and co-laboring in God’s purposes (kingdom extension). This is salvation in Christ, by the Spirit, within the Father’s family.

This aligning will be a blessing, and salvation.

On the other hand, God will also align us with our desire to be away from God’s presence (divine absence) and to follow our own purposes (self-loving kingdom).  This is the “hell of one’s own creation” or “annihilation” (and the former could still be called “eternal conscious torment”).

This aligning will feels like a curse, and damnation.

It seems just as plausible that God will respect our dignity (not just our freedom) in judging our ultimate destinies.  And because of this, something like hell seems to be part of the Christian story—as unseemly as we might think it to be.

By Geoff Holsclaw: a theology professor at Northern Seminary and pastor Vineyard North.

COVID-19 as Catalyst for a Revival...
Cranach
Related posts from Jesus Creed