When I was studying the patterns of apostasies (Finding Faith, Losing Faith), I found Ruth Tucker’s book so helpful and this post draws from her book. (paid links)

“Suddenly from head to foot, Robert was shaken with what seemed like a magnetic thrill of heavenly delight and floods of glory seemed to pour through him, soul and body.” Hannah wanted the same experience and later during a revival meeting went down to the altar, armed with handkerchiefs, thinking she would be overcome with weeping. Nothing happened. By her own account, she remained “a dry old stick” Both were evangelists: Robert Pearshall Smith walked away from faith; Hannah Whitehall Smith did not. I tell their story in chapter 3 of Walking Away from Faith.

Chapter 2 is titled “A Tale of Two Evangelists: Billy and Chuck.” Billy Graham tells how his uncertainty in becoming a evangelist “came to a climax” on a moonlit night at a retreat center in the San Bernardino Mountains. There he gripped his Bible and prayed: “Father, I am going to accept this as Thy Word—by faith—faith to go beyond my intellectual questions and doubts.” His good friend and fellow evangelist Chuck Templeton had said to Billy: “You can’t do that. You don’t dare stop thinking about the most important question in life. Do it and you begin to die. It’s intellectual suicide.” Chuck went on to study at Princeton and later walked away from faith.

Chuck was a pastor and evangelist from Toronto, who worked with Billy in Youth For Christ, a movement that grew rapidly after World War II. When the YFC evangelistic team flew from Chicago to Europe and the British Isles, photographers captured the handsome young men and their cheering fans. “No building was large enough,” writes Chuck in Farewell to God, “to house the youngsters who flocked to the meetings.” It was a heady time. They soon went their separate ways, however, Billy preaching in large stadiums, Chuck picking up the slack in smaller towns. The turning point for Chuck was a private discussion on the merits of Christianity with the captain of the Yale debating team. Chuck was ready for him and he scored every point. But he could not rid himself of the realization that he didn’t believe his own arguments: “There was no real choice. I could stay in the ministry and live a lie or I could make the break. My wife and I packed our few possessions in a rental trailer and started on the road back to Toronto where, nineteen years earlier, I had begun.”

How do these historical accounts inform evangelists and pastors—and lay people—today? Is there a way to both privately and publicly navigate questions and doubts? Or are we teetering on a tight rope: falling away or committing intellectual suicide?

The tale of the two Smiths is quite different. Hannah, raised a strict Quaker, became consumed with doubt soon after she married Robert: “I began to wonder if God could be all-powerful since the creatures He created seem to have so little power to resist evil.” And why, she might have asked, would God snuff the life out of her little five-year-old Nellie? But amazingly that was what revived her faith: “My precious child, my angel child, thou shalt indeed be, I trust, a link to draw me up to heaven.” The deaths of more children would follow.

Contacts with Baptists and Methodist Holiness groups set the stage for the Smiths’ beginning their own revival meetings. During a camp meeting Robert had felt the fire of Holy Spirit baptism. The following year, all eyes—and prayers—were on Hannah. The hours passed. Nothing. She later concluded (no doubt using Robert as her prime example) that “emotional blessings” were not stable and permanent as were the spiritual truths that sprang from Scripture. Robert suffered from depression balanced by emotional highs, no doubt bi-polar with no meds yet to help him. In 1873, after their eighteen-year-old son had died from typhoid fever, Robert sailed to England, hoping for a cure for his depression. The following year, Hannah joined him and they both preached at “Higher Life” conferences. He was the evangelist, she the Bible teacher, that is, until she lost her false teeth.

Soon after they arrived back home, Robert returned to Europe and within weeks was on a high, writing home that “All Europe is at my feet.” Hannah joined him in 1875 (with an extra set of false teeth) and drew large crowds eager for her engaging Bible teaching. Indeed, her fame was beginning to eclipse her husband’s with her newly released The Christian’s Secret of A Happy Life. Then, the unthinkable. While on a short holiday to Switzerland, a telegram informed her that Robert was ill and that she should come immediately.

When she arrived, she learned that the “illness” was dismissal at the Brighton conference because he had molested a young girl. He had gone to her room and explained the “thrills” they could have together—all while praying. The newspaper headline said it all: “Famous Evangelist Found in Bedroom of Adoring Female Follower.” As is often true today, such headlines didn’t stop the preacher. Back home the following summer he was the featured speaker at the Framingham conference. But all the while, Robert expressed doubts and unbelief, and by 1877, he had lost his faith altogether.

Hannah, too, struggled with doubts, but again death intervened. “Little Ray, our youngest, our perfect little girl, was only eleven and her life was full of promise. . . . For her loss there was no comfort, but simply and only the sweet will of God”—and one more link to heaven.” In the years that followed, Robert began sneaking out of the house to spend nights with his nearby lady friend. That was bad enough, but then her daughter Mary abandoned her husband and two young daughters. After Hannah’s son-in-law died she was granted custody of the girls. That was good news, but unbelief continued to fester within the family. Walt Whitman, a neighbor and frequent visitor, talked of starting a religion with its own bible, Leaves of Grass—considered by many as a rag of obscenity. If Whitman’s influence was not enough, daughter Alys married atheist Bertrand Russell.

Robert died in 1898, and soon after Hannah wrote to a friend that her “dear husband was permitted to escape from the earthly tabernacle,” and “that his long time of darkness is over and that God’s light has shown upon him at last.” He had been “safely gathered”—as would be her unbelieving children and grandchildren. Her emphasis was on the “mother-love of God.”

As a mother, I will never cease to love my children, no matter what they do. God, our loving God, has a heart of mother-love infinitely greater than mine. He never withholds his love from any sinner, no matter how black-hearted or unrepentant the person may be. His love is completely unconditional. Oh, it is too much. I cannot bear to hear a preacher of the gospel say such limited and untruthful things about the Love of God.

Hannah lived on until 1911, having witnessed her best-selling book, The Christian’s Secret to A Happy Life, break publishing records—today having exceeded ten million and still selling. She has been deemed a heretic by some, but like many professional theologians, her beliefs were personal as much as biblical. She wondered how anyone could believe in a God who would punish loved ones eternally in a lake of fire—the very hell of which Billy warned his listeners. Her belief was based on a denied such a hell and a heaven of reconstituted family unity. Chuck and Robert simply abandoned God and the concept of heaven altogether.

What is the value of the accounts of these four individuals and others who have similar stories? When I was writing Walking Away from Faith nearly two decades ago, I thought I knew. I’m not so certain any more. Sure, I include stories of people returning to faith. But our culture has changed dramatically in the last twenty years, and to some extent the book’s relevance now seems dated. 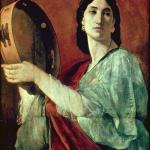 People Are Excited about a New...
Ponder Anew
Related posts from Jesus Creed