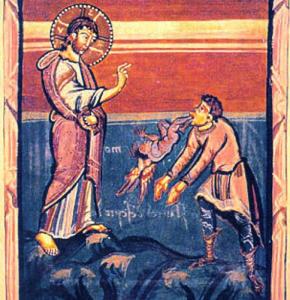 The miracles and wonders recorded in the Gospels are not mystical proofs of the divinity of Jesus or an apologetic argument for Christian faith. Yet they are an essential part of the story. Luke Timothy Johnson, in his recent book Miracles: God’s Presence and Power in Creation, looks at the miracles recorded by Mark. But first a reminder…

Our concern is steadfastly with the way in which the evangelists use the miracles of Jesus to express dimensions of the good news: how the Son of God liberated humans from captivity to alien powers, restored people to health and full communion with people, showed compassion toward individuals and multitudes, and manifested the presence and power of God within creation. (p. 193)

The Gospel of Mark moves at lightning speed, from the beginning of Jesus’ ministry in his adult life inaugurated with his baptism by John to the empty tomb following his crucifixion. As Mark relates the story he weaves in exorcisms, healings, compassionate provision, and power over creation.

Demon possession was violent and degrading … and a sign of Satan’s rule. Satan is strong, but Jesus is stronger yet. According to Mark, when Jesus begins to proclaim the good news of God. … “The kingdom of God has come near. Repent and believe the good news!” (vv.  14-15) he calls disciples and drives out an impure spirit, with power to expel the intruder “The impure spirit shook the man violently and came out of him with a shriek.” (v. 26)  The exorcisms in Mark, along with Jesus’ exchange with the teachers of the law “How can Satan drive out Satan?” (3:23) illustrate that this is a cosmic battle. “Human freedom is not a matter of utter independence, but a matter of being in allegiance to cosmic rulers, whether God or Satan. Therefore liberation of human freedom … involves the overcoming of one spiritual domination by another powerful enough to overcome it.” (p. 198) 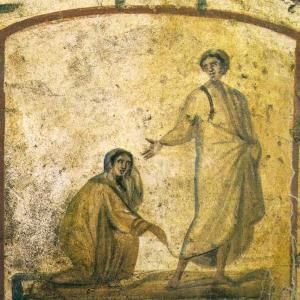 The healing miracles (including the restoration of the Synagogue leaders daughter to life) physical ailments are at the root of the problem. In both the exorcisms and the healings, human beings are restored to normal society and human companionship. Here, however, the emphasis isn’t of cosmic powers and spiritual domination, but on the pain and suffering and distress of the people. Jesus makes people whole, a clear harbinger of the coming Kingdom. It is also significant that Jesus shows concern, compassion, and mercy for the people he encounters. He brings sight to the blind and hearing to the deaf in more ways than one.

An additional six miracles reported by Mark can be described as power over creation or control over the natural order. In this group Johnson includes walking on water, calming the sea, cursing the fig tree, the transfiguration, and the feedings of the five and four thousand. Clearly the first two, and perhaps the third belong in this classification, but connection of the other three seems somewhat strained. The transfiguration is a class of its own. The feedings demonstrate the power of God to provide for the needs of his people – recalling the manna provided for the Israelites in the wilderness. This includes as an aside power over creation, but more importantly they demonstrate the compassion of Jesus (and God) for the people. “Jesus’ exercise of power is not an arbitrary display but a response to human need.” (p. 210)

The cursing of the fig tree, far from an arbitrary and extravagant display of power, is something of an enacted parable. Johnson outlines the sequence: (1) Entering Jerusalem and the temple Jesus looks around and then leaves. (2) Returning to Jerusalem the next morning he sees the fig tree without fruit and curses it. “May no one ever eat fruit from you again.” (3) The next day Jesus returns to the temple and drives out the money changers combining ideas from Isaiah and Jeremiah:  “Is it not written: ‘My house will be called a house of prayer for all nations’? But you have made it ‘a den of robbers.’” (Mk 11:17) (4) The next day Peter calls attention to the fig tree withered to the roots.

The point of these juxtapositions is plain: if the temple does not yield the fruit of righteousness demanded by God, it will be destroyed; the fig tree stands as an obvious symbol for the fate of the temple and of the people: see the parable of the vineyard, which follows immediately and also involves fruitfulness (12:1-11) (p. 213)

But before the parable of the vineyard, Mark also uses the story to make a point about prayer. “It sets up Mark’s most explicit teaching on the necessity of faith an prayer for the divine power to be fully effective. … Jesus’ response to Peter does not focus on the power he exercised in withering the tree, but on the power that the disciples will have through the prayer of faith.” (p. 214) Mark collects sayings on prayer that appear separately in Matthew, including the admonition to forgive “And when you stand praying, if you hold anything against anyone, forgive them, so that your Father in heaven may forgive you your sins.” (Mk 11:25, see also Mt. 6:14-15)

Far from being extravagant or arbitrary acts of power, all of the miracles recorded in Mark serve to move the story forward. As Johnson notes, they “serve the function of revealing Jesus as the powerful inbreaking of God’s reign.” (p. 195) It is with this in mind that we should read them and seek understanding. 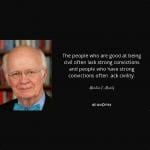