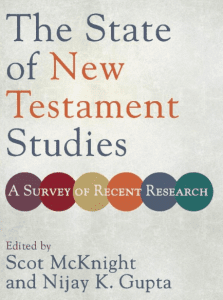 I’ve been on the road this week — to Wichita for the wonderful Apprentice Experience and Institute with James Bryan Smith and John Carroll and Jan Johnson and Keith Mathews, and then to Dallas for Mosaix, which will prove to be a memorable experience for me. A marvelously led movement by Mark DeYmaz for multi ethnic churches… seeing my old seminary friend Steve Beck who is multi ethnic church planting in Frankfurt Germany, and Derwin Gray and Efrem Smith bringing down the house, and Doug McPherson … I could go on. A great week.

But I wasn’t online much. So here goes a few, and thanks to Kris for these.

Speaking of travel, how about reclining seats on a plane? (On United, fine; on American, c’mon man American!)

You’re stuck in economy class, where tighter and tighter seating arrangements can make a three-hour flight feel 180 minutes too long.

Heard tell of passengers behaving badly of late? The Pittsburgh Post-Gazette blames it on those close quarters in cattle class, saying that close proximity has turned the friendly skies fiendish over everything from armrests and window shades to when, where and how to recline our seats back. A few months ago, TPG Lounge readers chimed in on the debate as well, sharing their best and worst stories and tips.

“If your seat is physically capable of reclining, it is solely your decision whether to recline it,” said David M.

And more bluntly, Sacha K. said, “My seat, my rights. Just like the person in front of me.”

Travelers rarely hold neutral views on this question, which has led to countless posts from professional opinion-givers across all walks of life.

“Do not recline your seat. Ever.” opined Gawker’s Hamilton Nolan in 2014. “Congress should pass a law that all economy class airplane seats must be welded into a permanently upright position. There are no exceptions.”

Yet cramped quarters with no opportunity for movement, especially on long-haul flights, can pose serious, even potentially deadly health risks such as the blood clot our director of social media recently developed on a flight home to New York from Iceland. What’s a traveler to do?

Finally, TPG is solving one of the greatest debates in modern air travel. Here’s all you’ll need to know before you push that button and recline that seat.

If we could all just exercise a little more:

LONDON (Reuters) – The world economy could be boosted by as much as $100 billion a year if employers successfully encouraged their staff to meet World Health Organization guidelines on exercise, according to an analysis of the economic impact of activity.

Adding an extra 15 minutes of daily walking, or jogging a steady one kilometer each day, would improve productivity and extend life expectancy – leading to more economic growth, the study by the health insurance group Vitality and the think tank RAND Europe found.

The economic boost would come from lower mortality rates – in other words keeping more people alive, working and contributing to the economy for longer, the study’s authors said, and from employees taking fewer days off sick.

MESA, Ariz. – A woman from Yuma is finally reunited with her dog, after the dog went missing three years ago.

It was in 2016 when Elizabeth Starnegg’s Husky, Sokka, went missing. She had gotten a petsitter for Sokka, who was just over a year old at the time, before her deployment.

It was during Starnegg’s time away in the Air Force when Sokka escaped.

“I’ve gotten back to Yuma plenty of times looking for him after the Air Force,” said Starnegg. “I came like, ‘where’s my dog?'”

After months of searching, Starnegg moved to Fallbrook, California, a community located in between Los Angeles and San Diego.

Starnegg came to terms that she’d probably never see Sokka again, and got a tattoo in his honor.

“The black is like he’s no longer in my life, which he is now,” said Starnegg. “The red signifies his boldness. His strength.”

Fast forward three years, Starnegg never thought this day would come, a day when she reconnects with her Sokka.

As it turns out, Sokka was found by someone shortly after he went missing. The man took care of the dog this whole time, until Sokka became ill this summer with Sarcoptic Mange, which is a highly contagious skin disease.

Kristin Kimble and her daughter Ivy:

Kristin Kimble has never doubted that her 4-year-old daughter Ivy, who has Down syndrome, can do anything.

But the mom of four from New Lenox, Illinois, admits she was shocked when Ivy was chosen out of hundreds of children to appear in October’s American Girl catalog.

“It was this huge casting call,” Kimble told TODAY Parents. “I think we were in the room for about two minutes. They were like, ‘OK. We’ll be in touch.”

“People fall instantly in love with Ivy,” Kimble revealed. “She’s got a spunky, magnetic personality. Everybody wants to be around her.”

Ivy’s sweetness comes through in the American Girl holiday-spread, where she and another little girl pose with dolls in matching sparkly red dresses.

Kimble said the shoot took about two hours and Ivy was a total pro.

“I was a little nervous about how things would go because Ivy has some sensory issues, but she followed all the directions and did great,” Kimble raved.

At least 14 skeletons of woolly mammoths have been discovered in Mexico in pits apparently built by human hunters to trap and kill the huge animals some 15,000 years ago, according to Mexico’s National Institute of Anthropology and History.

The discovery “represents a watershed, a touchstone on what we imagined until now was the interaction of hunter-gatherer bands with these enormous herbivores,” Pedro Francisco Sánchez Nava, national coordinator of archaeology at INAH, told reporters on Wednesday.

The skeletons were found in Tultepec, about 25 miles north of Mexico City, in clay that had once been at the bottom of Lake Xaltocan.

Archaeologist Luis Cordoba Barradas, of INAH’s Directorate of Archaeological Rescue, said the discovery offers a more complex and complete concept of how mammoth hunts were carried out.

Archaeologists suggested that the clay area had opened up as the lake receded during the era of mammoths, providing hunters with a site easier to dig up to create traps.

Cordoba Barradas, who led the team, said the finding suggests that groups of between 20 and 30 hunters swept a herd of mammoths with torches and branches to divert some of the animals into the traps. Once there, they were killed and their carcasses cut up.

“There was little evidence before that hunters attacked mammoths. It was thought they frightened them into getting stuck in swamps and then waited for them to die,” he told reporters Wednesday. “This is evidence of direct attacks on mammoths. In Tultepec we can see there was the intention to hunt and make use of the mammoths.”

He said an important clue was the vertical cuts in the earth where the bones were found, indicating the pit had been dug by humans.

Yowzers, better get a good job after graduation:

It took a little more than a decade for the University of Chicago to reinvent itself, going from a well-regarded but largely regional school to an extremely selective university with national prestige. In 2006, the Hyde Park university admitted more than a third of its freshman applicants. That rate has plummeted so drastically in the years since—to a record-low 5.9 percent in the most recent application cycle—that the school is now more selective than many members of the Ivy League.As admission rates have dropped, the cost of attendance has increased—a correlation seen at many highly selective schools. By 2025, the University of Chicago’s sticker price is predicted to pass the $100,000 mark, which would make it the first U.S. college where attendance costs six figures, according to a new analysis by The Hechinger Report, an education-news outlet. The analysis suggests at least a handful of other U.S. colleges will follow suit soon after Chicago hits that milestone, including California’s Harvey Mudd College, New York City’s Columbia University, and Texas’s Southern Methodist University.And after that, given the way American higher education has been going, it likely won’t be long before six-figure prices are common among selective colleges and universities. “The [colleges] that are expensive are the ones that students want to apply to,” explains the Seton Hall University professor Robert Kelchen, who studies higher-education finance. “Being expensive is seen as being good—if one [elite] college is 20 percent cheaper than another [elite] college, students are going to wonder what’s wrong with it.”To make his predictions, Pete D’Amato, The Hechinger Report’s data-visualization developer, analyzed annual sticker- and net-price increases at each of the country’s higher-education institutions over the decade starting in 2008. (The sticker price, or total cost of attendance, includes expenses such as tuition and fees, supplies such as books, and lodging. The net price refers to the total cost minus average financial aid, as determined by household income.)
The University of Chicago’s sticker price is currently roughly $80,300. But as is the case across higher education, most of its students in reality pay far less than the sticker price. Students with a family income below $75,000 are paying roughly $5,200 on average to attend the university this year, The Hechinger Report’s analysis indicates (official data aren’t yet available). Even the wealthiest families—those that make at least $110,000—on average are paying just about half of the total attendance cost. Fewer than half—42 percent—of the university’s 6,300 or so undergraduates paid the sticker price in the 2016–17 school year, according to the most recent available net-cost data.

November 10, 2019 O God...
Recent Comments
0 | Leave a Comment
Browse Our Archives
get the latest from
Evangelical
Sign up for our newsletter
POPULAR AT PATHEOS Evangelical
1