A Drop Everything Moment 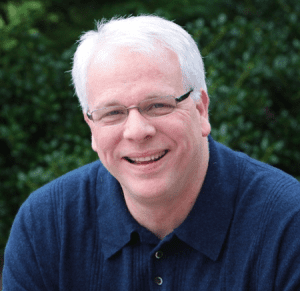 A Drop Everything Moment

Most of us have used the expression “I dropped everything” to mean when we heard some news, we stopped doing whatever we were doing and tended to some urgent matter. From the way most people use this expression, you would think we have these “drop everything” moments all of time. Yet, honestly, we only have a few moments like this in our entire lives. Most of the time, when we hear some kind of news that requires action our part, we’ll wrap up our current project, make a few phone calls, and then move on to the event that has interrupted our day. Far from dropping everything, we place most things in a neat pile and intend to get back to them when the crisis is over.

Over my life, I’ve had a few “drop everything” moments. There was the time my wife called me at 3:15 in the morning and told me to get to the hospital because she was about to deliver our twin sons. There was the 4am phone call from my mom telling me to hurry home because my dad only had a few hours to live. Then, there was the call from the retirement center that Mom had been taken to the emergency room.

The only other moment like this I can think of is 9/11. Our staff was in a training session when the news broke that 2 planes had crashed into the World Trade Center. We dropped everything and gathered around nearby televisions. A few of us went home. As far as we could tell, this was the beginning of World War 3.  Other than that, while my life has had the usual ups and downs, there really haven’t been that many “drop everything” moments.

Which made me wonder about the Magi in the Christmas story. For such major characters, we know little about them. We know they came from the east. We know they were “magi”, a term that has been used to explained everything from magicians, astrologers, astronomists and scribes of a foreign king. We don’t even know their names.

Of course, this hasn’t stopped us from making up all kinds of stories about them – including names. But in reality, we know precious little about why they would make such a dangerous and difficult journey.

Think about it. Here’s what we know about travel in the time of Jesus – it was hard. The routes were dangerous. Animals got sick and broke under the strain of carrying loads for such long distances.

Travelers ran out of food and water. They died in the storms, and then, there were robbers everywhere. There was a reason the cities had walls around them.

So, what would make the wise men jump on a camel and take out across the desert? They tell us they saw the star in “its rising” (in the east?) and followed the star — to see what greatness even the star appearance foretold.

I’ve seen lots of cool things in the sky. You have too.  Did any of them make you want to jump in your car to see where following the star would take you?

For that matter, what would you think of anyone who told you they were following a star? At best, you would be called a hopeless dreamer. At worst, you would be hauled off to see a therapist to see if there was some medicine that would help you “settle down”.

So, what would make these guys follow this star all the way to Bethlehem?

Well, there were the prophecies. For generations, the Hebrew prophets had foretold the birth of a promised child, a Messiah who would bring peace and justice of God’s kingdom to our world. There were rumors and tales of signs in the heavens announcing a great event of God. A lot of people would have known this information.

And there you have it. They showed up.

A famous actor has said, “90 percent of success is showing up.” He’s more right than we want to admit. Success in a marriage is determined by the spouses showing up. Parenting is the same way. Friends are those people in our lives who show up. Artists show up to work their craft.

And Christmas is the story of a God who shows up. The “magic” of the magi is they showed up, too.  Herod and his scribes didn’t show up. Everyone else in Bethlehem didn’t show. Throughout the ministry of Jesus, we’re surprised at who shows up and who doesn’t.

We’re surprised who drops everything (Peter, John, Matthew) and who doesn’t (the rich young ruler).

You would think God showing up in your life would be one of those “drop everything” moments. The magi did and showed up to be part of God’s story.

God’s story is ongoing. The question is whether or not any of us will drop everything and show up to be part of that story.