By the Power of the Holy Spirit (RJS) 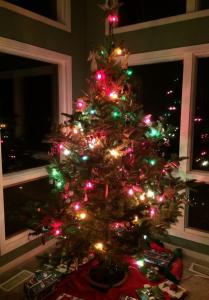 Therefore the Lord himself will give you a sign: The virgin will conceive and give birth to a son, and will call him Immanuel. Isaiah 7:14

Taken up again in the Gospel of Matthew

All this took place to fulfill what the Lord had said through the prophet: “The virgin will conceive and give birth to a son, and they will call him Immanuel” (which means “God with us”). (1:22-23)

Most Christians have a deep appreciation for the scriptures, both the Old Testament and the New Testament. For those who were not raised in the church however, or who have for any one of a number of reasons become distrustful of the reliability of the scriptures, the questions are quite different. Scripture relates some pretty incredible events and stories – the virgin birth is high on the list. Why should intelligent educated person in secular, modern or postmodern, enlightened, Western society take this seriously?

Dr. John Polkinghorne’s book Testing Scripture: A Scientist Explores the Bible can provide some useful insights here – whether one agrees with him across the board or disagrees with some of his conclusions. Dr. Polkinghorne was a very successful scientist, an expert and creative theoretical physicist involved in the discovery of quarks. He was Professor of Mathematical Physics at Cambridge University before he resigned to study for the Anglican priesthood. He has since been a parish priest, Dean of the Chapel at Trinity Hall Cambridge and President of Queen’s College, Cambridge. After retirement he continues to write, think, and lecture about the interface between science and faith. In Testing Scripture Polkinghorne isn’t dogmatic or defensive about about scripture, rather he is explaining why he, as a scientist, scholar, and Christian, takes scripture seriously. Both faith and reason play a role in his approach to scripture.

The Gospels record a reliable history. Within the historical conventions of their time they tell the gospel; the story of the birth, life, death, and resurrection of Jesus as the good news of God’s work in the world. Dr. Polkinghorne works through a number of different episodes and events as he describes his reasons for taking the Gospels seriously. One of the most interesting, though, is the one he leaves for last.

I have left till last what are among the best-known and best-loved narratives in the Gospels: the stories of the birth of Jesus. We find them only in Matthew 1.18-2.12 and Luke 2.1-20. John, after his timeless Prologue, and Mark, without any preliminaries, both start with the encounters between John the Baptist and Jesus at the beginning of the public ministry. We are so used to conflating the two gospel accounts that it is only when we read them carefully and separately that we become aware of how different they are. Luke seems to tell the story very much from the point of view of Mary, and the visitors to the newborn Jesus are the humble shepherds. Matthew seems to see things much more from Joseph’s perspective, and his visitors are the magi. … Luke gives us a very specific dating of the birth in relation to a Roman census, but there are severe scholarly difficulties in reconciling this with Matthew’s (plausible) statement that it took place during the reign of Herod the Great. A principle concern of both narratives is to explain why, if Mary’s home was at Nazareth, Jesus was born in Bethlehem, as Messianic prophecy required. I do not doubt that there is historical truth preserved in the birth stories, but establishing its exact content is not an easy task. (p. 67-68)

As with some of the other stories in the gospels and in other parts of scripture there are discrepancies that can be difficult to reconcile and harmonize. There is no strong reason, however, to doubt a historical root, down to and including the birth of Jesus in Bethlehem.

A Virgin Conceived. The conception of Jesus is a different issue. Matthew 1:18 relates the claim:

This is how the birth of Jesus the Messiah came about: His mother Mary was pledged to be married to Joseph, but before they came together, she was found to be pregnant through the Holy Spirit.

Joseph responds to Mary’s pregnancy by planning to divorce her and an angel in a dream reiterates the claim “what is conceived in her is from the Holy Spirit.” Luke 1:34-35 records Mary’s response when told she would conceive and give birth to a son, the Messiah.

“How will this be,” Mary asked the angel, “since I am a virgin?” The angel answered, “The Holy Spirit will come on you, and the power of the Most High will overshadow you. So the holy one to be born will be called the Son of God. 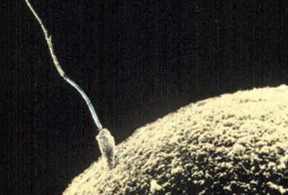 The very idea that a virgin conceived and bore a son raises an eyebrow or two in our secular Western society – both modern and postmodern. At the risk of being a little too earthy – conception in humans requires input from two sources. After all, we all know that an egg from the woman requires the DNA from the sperm provided by a man to make it whole, capable of producing a new individual. One might, perhaps conceive of a clone of some sort using only Mary’s DNA – but this could only make a female, not a male. No Y Chromosome in Mary. If a virgin gave birth to a son it was a truly miraculous conception. The DNA had to come from somewhere. Did God just produce a a unique set of chromosomes to join with Mary’s? Was it Joseph’s DNA? Some other descendant of David? Was this a divine artificial insemination?

How and can an intelligent, educated, experienced person believe in a virgin birth?

Luke, very explicitly in his story of the Annunciation (1.34-35), and Matthew, more obliquely (1.18), both assert the virginal conception of Jesus. Christian tradition has attached great significance to this, often rather inaccurately calling it the ‘virgin birth’. Yet in the New Testament it seems nowhere as widely significant as the Resurrection. Paul is content to simply lay stress on Jesus’ solidarity with humanity: ‘God sent his Son, born of woman, born under the law’ (Galatians 4.4). The theological importance of the virginal conception lies in its lending emphasis to the presence of a total divine initiative in the coming of Jesus, even if this truth is much more frequently expressed by the New Testament writers simply in the language of his having been sent. Jesus was not opportunistically co-opted for God’s purpose when he was found to be suitable, but he was part of that purpose from the start. The virginal conception is a powerful myth, and I believe that in the religion of the Incarnation the power of story fuses with the power of a true story, so that the great Christian myths are enacted myths. On this basis, I find myself able to believe in the virgin birth, even if the motivating evidence is less extensive than for the belief in the Resurrection. (p. 68-69, emphasis added) 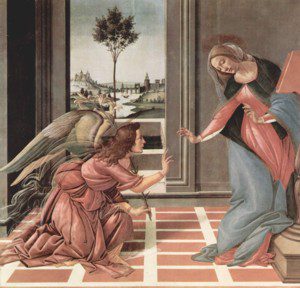 Interaction not Intervention. One of the most important criteria for thinking through the incredible claims in scripture is God’s interaction with his creatures rather than his intervention in his creation. The miracles ring true when they enhance our understanding of the interaction of God with his people in divine self-revelation. The virginal conception is part of the Incarnation, “The Word became flesh and made his dwelling among us”. The magnificent early Christian hymns quoted by Paul in Col 1.15-20 and Phil 2.6-11 catch the essence of this enacted myth as well.

It makes no sense to try to defend the virginal conception, the resurrection, or any of the other signs or miracles related in the New Testament, separate from the story of the Gospel, the life, death, and resurrection of Jesus as God’s Messiah. In the context of God’s mission within his creation the miracles make sense and are truly miracles. Separate from this they will never make sense.

This is also a place where it is wise to avoid asking too many questions. Especially as there is no way these questions will ever find answers. I rather expect that the conception (insemination) was miraculous – but that a modern DNA test would have confirmed descent from the house and lineage of David in some manner. But this is really beside the point and unimportant. The point is the one that Dr. Polkinghorne emphasizes … Jesus was not opportunistically co-opted for God’s purpose but he was part of that purpose from the start. This was God’s plan and God’s doing.

What do you think? Do Dr. Polkinghorne’s reasons for believing in the virgin birth make sense?

What arguments are persuasive on this, or any other “difficult to believe” event?

(This is an edited repost, always appropriate this time of year. The links above are paid referrals – try this one if you prefer: Testing Scripture.)

December 19, 2019
Christmas Gift Guide for Women in Ministry
Next Post