Elisabeth Elliot and Me (by Ruth Tucker)

Elisabeth Elliot and Me (by Ruth Tucker) January 6, 2020 Scot McKnight 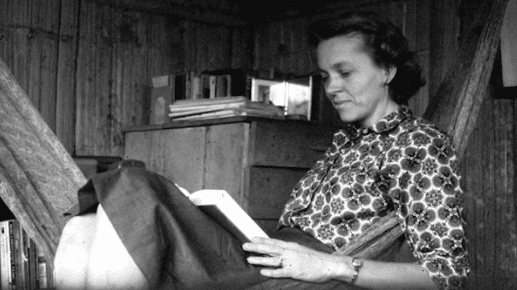 Where would I be today were it not for Elisabeth Elliot? Last week it was A. B. Simpson, founder of the Christian and Missionary Alliance whose large worldwide footprint was indelibly stamped on a northern Wisconsin farming community and inside the doors of a white clapboard church. My life in the 1950s and early sixties revolved around that little church. After many twists and turns in the following decades, Elliot’s footprint also profoundly influenced my life.

I began my teaching career in 1978 at Grand Rapids School of the Bible and Music utterly unprepared. I couldn’t teach music, though I had been a fine French horn player, nor Bible, despite a long list of undergraduate Bible courses and two years of Greek. I was a historian. The good news was that another professor wanted out of the history of mission class he was teaching. “It’s an important course,” he told me, “but unfortunately, the subject matter is so boring.” I knew nothing about the history of missions—not even that it was boring. But that was the way a lot of us started teaching in higher education back in the day. Start from scratch and show up in class.

I was a part-timer with two assigned courses: first semester, Creative Writing. My only qualification was that I had co-authored How to Set Up Your Own Preschool. It was, therefore, assumed I must be the perfect person for the course. I purchased copies of William Zinsser’s On Writing Well (1976) and E. B. Whites, Elements of Style (with William Strunk) and I was off and running. Whether or not students learned much from those writing courses I would teach, there is no question that I did. The same with the second semester’s History of Missions course.

Here is where Elisabeth Elliot comes in. What if she had not written Through Gates of Splendor? That book inspired the course I was teaching and the whole course of my life. I would abandon the old texts of facts and figures: hundreds of names, dates, countries, mission agencies—around the world in mind-numbing forgettable chapters. I would turn the class into a biographical history of missions. I wrote summaries of the best biographies I could find and assigned my own typed 3-ring binder as the text. The supplemental text was Through Gates of Splendor, Elliot’s story of the deaths of five missionaries, including her husband Jim. The young men were killed after they entered the territory of a remote Ecuadorian tribe then known as the Aucas. I was left with more questions than answers, but no single volume, apart from the Bible, has ever had a more profound impact on me.

What direction would my life have taken, I ask myself, were it not for the powerful pen of Elisabeth Elliot? Whether writing of the Auca tragedy or of the struggles of single female missionaries, she had a way with words and a knack for irony that inspired my own writing. From that standpoint she was a role model—though certainly not on gender issues. Elliot was a hardliner in her opposition to women’s equality in marriage and ministry. In many ways that is strange because she was such a strong, independent woman herself, and she wrote about such women in memoir and fiction.

But what I love most about her writing is her forcing people to think—sometimes so far out of the box that she seriously offended other Christians. In her novel, No Graven Image, the main character is Margaret Sparhawk. The very name connotes strength. Sparhawk has traded an American middle-class life for missionary privation and loneliness in a remote area of Ecuador. Soon after she arrives, she becomes acquainted with Rosa and her children. Here Elliot tells a hilarious tale about a missionary trying to learn the native language. How utterly ignorant Sparhawk appears to Rosa. But when Pedro, Rosa’s husband, injures his leg, her life is upended. She gives him a shot of penicillin, certain this would cure his infection. Instead he dies. Convinced he would have survived but for her intervention, we can hear the anguish of her haunting prayer:

O ineffable, sardonic God who toys with our sacrifices and smashes to earth the humble, hopeful altars we have built for a place to put Your name! Do you mock me? Why did You let him die? Why did You let me kill him? O God! I came to bring him life—Your life—and I destroyed him in Your name.

If readers were hoping to find resolution at the end of the book they would have been disappointed. Sparhawk remained in Ecuador but her once secure faith and calling were shaken to the core—as was true of some readers. In fact, the book was so controversial that some Christian booksellers refused to display it on their bookshelves.

In many respects the fictional Sparhawk Elliot herself. They both served in South America as single women and struggled with loneliness. Equally troubling, women were not taken as seriously as were the missionary men. This was particularly true when all the missionaries gathered once or twice a year for field meetings. The women, both single and married, were essentially ignored, though Elliot is able to put a humorous spin on it.

In her memoir, These Strange Ashes, Elliot tells how she was one of four single missionaries stationed together among the Colorado Indians, each hoping to escape their plight through marriage—preferably to a single male missionary. But boredom is their biggest enemy. Elliot recounts her “dimestore dreams”—the longing to just wander the aisles and look, maybe make a little purchase. At the same time, she is distracted with little household tasks just to avoid the hard work of language learning. Long days drag into weeks and months.

Boredom is only interrupted by tragedy. “If God had spared Maruja’s life,” Elliot writes, “the whole . . . tribe might have been delivered from spiritual death. In my heart I could not escape the thought that it was God who had failed.” Later when Macario, her faithful and indispensable language informant was murdered, she questioned her calling: “Had I come here, leaving so much behind, on a fool’s errand? . . . How was I to reconcile His permitting such a thing with my own understanding of the missionary task?”

“If these incidents pulled the very rug of divinity out from under Elizabeth,” I write in Extraordinary Women of Christian History, “the worst was yet to come. Her escape from her life among the Colorado Indians came with her marriage to Jim Elliot. . . . They might have carried on with their work in the jungles of Ecuador for decades, like most missionaries unknown to the outside world, but for Operation Auca.”

I have written about “Operation Auca” here on Jesus Creed (Nov. 28, 2018), so I won’t go over the details and my own criticism again. But the whole story and its aftermath is complicated and controversial. Elisabeth certainly realized that herself. “For those who saw it as a great Christian martyr story,” she later reflected, “the outcome was beautifully predictable.  All puzzles would be solved.  God would vindicate Himself.  Aucas would be converted and we could all ‘feel good’ about our faith.”  However, that is not the way it happened.  “The truth is that not by any means did all subsequent events work out as hoped.  There were negative effects of the missionaries’ entrance into Auca territory.  There were arguments and misunderstandings and a few really terrible things, along with the answers to prayer.”

Elliot was a courageous writer, a strong, independent woman. I will never understand, however, why she would want to curtail other women in ministry and marriage. Elliot’s guiding principle was obedience—obedience to God and to a husband. But today Complementarians do not support single women missionaries like her who, obeying God’s call, teach and preach the Bible. She broke all the rules, and in doing so she aimed a spotlight on missionary life like few other individuals have done. Sadly, her agile mind and cunning pen were stilled by Alzheimer’s in her later years.

What if her sense of being on “a fool’s errand” had prevailed and she had returned to the States soon after she had arrived? What if? Where would I be today without the writings of Elisabeth Elliot? The question is surely not to place myself as the center of her story. But actually, we should all position ourselves in the center of the story as we contemplate men and women who have shaped our lives.

January 7, 2020 Singles Myth: Finding Someone is Top Priority
Recent Comments
0 | Leave a Comment
"WOW UR TESTIMONY JUST SAVED ME. WOW. Thank you praise Jesus. (I feel like that ..."
Luu Saturday Afternoon Book Review: Andrew Farley
"Avoidance of these verses is at the heart of faulty conclusions. Humanistic interpretations are why ..."
Glenn Harrell What To Say When Someone Says ..."
"I think what you should say is: "I don't want to kink shame, but that's ..."
Spirit Plumber What To Say When Someone Says ..."
"Jesus dying temporarily for our sins doesn't really make much sense. Here's why:Let's say I ..."
C Nault What is a “Sacrifice of Atonement”?
Browse Our Archives
get the latest from
Evangelical
Sign up for our newsletter
POPULAR AT PATHEOS Evangelical
1