Calendars in the Sky (RJS) 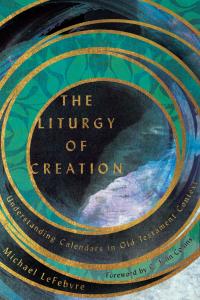 We are looking at Michael LeFebvre’s recent book The Liturgy of Creation, and his argument that the creation week in Genesis 1 is a calendar narrative designed as a guide for faithful work and sabbath worship. He begins by looking at the calendar of the ancient world.

Paul starts his letter to the Romans making the case that all peoples are aware of God:

For since the creation of the world God’s invisible qualities—his eternal power and divine nature—have been clearly seen, being understood from what has been made, so that people are without excuse. (Romans 1:20)

In Lystra, Paul and Barnabas expand on this idea connecting it with the regularity of the calendar:

We are bringing you good news, telling you to turn from these worthless things to the living God, who made the heavens and the earth and the sea and everything in them. In the past, he let all nations go their own way. Yet he has not left himself without testimony: He has shown kindness by giving you rain from heaven and crops in their seasons; he provides you with plenty of food and fills your hearts with joy.” (Acts 14:15-17)

In the ancient world the calendar was in the sky, governed by the sun and the moon. Michael LeFebvre argues that the awareness of God Paul refers to in the passages above is written in these days, months, and seasons marked by the motions of the sun and the moon.  As the Psalmist wrote “The heavens declare the glory of God; the skies proclaim the work of his hands.” (19:1)  The orderly progression of seasons, the cycle of rains and and sun, are essential to produce the food necessary for life.  All ancient peoples recognized the importance of the celestial calendar.

The year ran from equinox to equinox – from harvest to harvest or from planting to planting.  In Canaan, Sumer, Babylon, and Egypt the regular progression of seasons – times to sow and times to reap – are connected with conflicts between deities. Le Febvre points to the Baal Epic in Canaan, in Ur to a contest between Utu and Nanna, in Egypt to a tale involving Osiris, Set, and Horus. LeFebvre uses the term “myth” to refer to these stories of conflict between gods – “a myth is a story that explains present, this-worldly realities through a description of primeval, other-worldly causes such as battles between the gods.” (p. 14) This is a common, although somewhat limiting, definition of the word myth, but it helps LeFebvre make several important points.

The separation of seasons from “myth” (as defined by LeFebvre) is seen in Genesis 1:14 And God said, “Let there be lights in the vault of the sky to separate the day from the night, and let them serve as signs to mark sacred times, and days and years.” The lights keep the calendar, marking the passage of time. They mark the fixed times for festivals (sacred times) that celebrate the changing seasons. The lights are utilitarian objects, serving the purposes ordained by God. Whether the peoples acknowledge it or not, they are all aware of the eternal nature and divine power of God who provides both rain and crops. Jesus uses this reality in teaching us to love our enemies for … He causes his sun to rise on the evil and the good, and sends rain on the righteous and the unrighteous. (Mt 5:45)

In ancient Israel the festivals were governed by the same seasons of the year as in the rest of the ancient near East, but they are connected to the exodus from Egypt instead of other-worldly battles between gods. Thus, rather than having a “mythical” foundation, they are grounded in the historical redemption of the people from captivity and slavery. The divinely ordained festivals are listed in Leviticus 23: the Sabbath every seventh day; the Passover, the Festival of Unleavened Bread, and Offering of the Firstfruits in the month of the spring equinox; the Festival of Weeks in the third month after the spring equinox; the Festival of Trumpets, the Day of Atonement, and the Festival of Tabernacles in the month of the autumn equinox. Some of these festivals are grounded in specific events of the exodus, while others recognize the providence of God in providing food for the people.

Genesis 1:14 connects the creation work of God with his ordained festivals in Leviticus. The lights do not simply designate seasons as many English bibles translate this verse. The greater light and the lesser light (sun and moon) serve to mark the sacred times – the times of the divinely ordained festivals, the times set aside for worship of the creator.

(The link above is a paid referral – try this one if you prefer: The Liturgy of Creation.)

January 7, 2020
Singles Myth: Finding Someone is Top Priority
Next Post 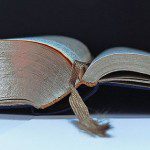 January 8, 2020 Reading the Bible Fast and Slow
Recent Comments
0 | Leave a Comment
Browse Our Archives
get the latest from
Evangelical
Sign up for our newsletter
POPULAR AT PATHEOS Evangelical
1