My brother Ron died this past Saturday, May 18.  His passing was not a surprise, but it is still sad to realize my big brother is gone from this world.

Ron was a Christian in his early years and in his final days.  In between, his religion was… complicated.  That story is not mine to tell, and in any case, I only know parts of it.  Wish I knew more… but that’s what happens when time and distance and priorities draw brothers apart.

But I do know part of his story.  This is the eulogy I gave for him at his funeral yesterday.

My brother Ron was 13 years older than me, so as you might imagine, we didn’t share a lot of experiences growing up.  He was a teenager when I was born, he was in high school as far back as I can remember, and he was far too cool to hang out with little kids.

I seem to recall that Ron got the TV and I got the typewriter – a toy typewriter that was a stone age version of the IBM Selectric.  It didn’t have any keys, just a wheel that you turned to the letter you wanted to type.  You hit the space bar, the wheel swung forward and typed the letter, then you turned the wheel to the next letter.  Gutenberg would not have been amused.  I quickly figured out that pencils still worked pretty well.

Soon after that Ron went away.  It was the late 60s, the height of the Vietnam War, and rather than risk being drafted into the Army, Ron joined the Navy and went to basic training in San Diego.  He wrote occasionally, and I remember reading and re-reading his letters and wondering what adventures he was having so far from home.  I remember seeing a picture of Ron in his white uniform, boot camp haircut and seaman’s cap, with a look on his face that said “you got me out of bed at six o’clock in the morning for this?”

Ron did a tour of sea duty on the USS Proteus, a submarine tender, and a tour of shore duty on Guam, where his commanding officer discovered he knew how to type.  Typing wasn’t a common skill in those days, particularly among men, so Ron got a desk job that was far more pleasant than the grunt work most of the sailors were doing.  Eventually, though, the Navy offered to reduce his enlistment period if he’d volunteer for a tour of duty in Vietnam, and much to the dismay of our mother, Ron took it.

It’s been said that war is long periods of boredom punctuated by moments of sheer terror.  Most of Ron’s time in Vietnam was spent in DaNang as a military policeman, carrying a .45 he couldn’t hit the broad side of a barn with and writing traffic tickets.  Somewhere there’s a picture of Ron from that tour, dressed in olive drab and an MP helmet, looking a lot older than the boot camp picture that had been taken just a couple years earlier.  In addition to his MP work, there were a couple other missions – missions he wouldn’t talk about after he came home.  He never told me what happened, or how that might have affected him later in life.

Ron left the Navy without so much as a scratch on him.  Eventually he moved back home and went to UTC.  I think I had more interaction with Ron when he was in college than at any other time.  He didn’t stay home much, but I remember late nights when he would come out of his room and talk about something he was studying.  He talked about history, politics, paleontology, anthropology – I was a bit older then, but I still hung on his every word.

A couple years later Ron and CJ got married, and I was honored when Ron asked me to be in the wedding.  I assumed he wanted me to do some little kid’s part, but instead he asked me to be one of his groomsmen.  I got to wear a tux and process down the aisle and for one day, pretend I was grown up.

After that Ron and I grew apart again.  I moved into high school and then went away to college, while Ron concentrated on his job at Moccasin Bend and the beginnings of a family.  We saw each other at Thanksgiving and Christmas, and we usually faced off on opposite sides in the Fourth of July bottle rocket wars, where despite our father’s dire warnings we never did set the corn field on fire.

Ron enjoyed camping and hiking, and after numerous invitations I finally joined him for a trip to the Joyce Kilmer Memorial Forest in North Carolina.  We spent a long weekend in some of the most beautiful country I’ve ever seen, and even though I was grown up for real this time, we fell back into old roles.  Ron mostly talked and I mostly listened.   We said we’d do it again, but we never did.

When I was a kid, one of my favorite guilty pleasures was snooping in Ron’s room.  It was so different from the rest of the house, from the old camping gear and college textbooks to the black light posters and acid rock music.  Mainly, though, it was Ron’s.

On one of my expeditions I came across the Egyptian Book of the Dead.  I had heard about it, but I had never seen it, and for an 11 or 12 year old whose only knowledge of ancient Egypt came from reruns of The Ten Commandments and The Mummy, it was exotic and magical and just a bit forbidden.

And then I tried to read it.  Today, Wallis Budge’s 1895 translation of the four thousand year old text is considered inaccurate and very difficult to follow, something I figured out after just a few pages.  I put it back and moved on to something else.  But many years later I would pick it up again.

The Egyptian Book of the Dead is more properly known as the Book of Going Forth by Day.  It’s a handbook for the recently deceased; it contains prayers, hymns, and affirmations to help the person navigate the challenges and trials of the Underworld, all of which lead to the Hall of Osiris and the weighing of the heart.  In this final judgment, the heart of the deceased is placed on a scale with the Feather of Ma’at, the Goddess of Truth and Justice.  If the heart is pure and light, it will balance the feather, and the person will join Osiris in the heavens.  But if the heart is heavy, weighed down by evil deeds, the person will die a final death, never to be resurrected in this world or in the next.

It is no secret that the last years of Ron’s life were difficult.  He suffered from numerous illnesses and maladies, at least some of which he brought on himself.  While those of us who love Ron mourn his passing, we are thankful that Death has released him from his suffering.  And it is tempting for us to point fingers, to cast blame, to put ourselves in the role of Osiris and pass judgment on a life that didn’t turn out the way any of us would have wanted.

But such judgment does not serve us well, particularly those of us whose faith teaches love, and mercy, and forgiveness.  Instead, let us remember Ron as our brother, son, husband, father, and friend.  Let us remember his service to his country, his family, and his community.  Let us remember him as someone who did the best he could, even when his best wasn’t good enough.

As for me, Ron’s heart will always be as light as a feather. 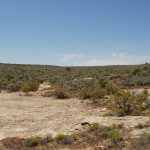 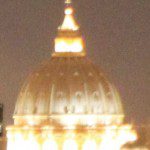