The Good In Other Religions 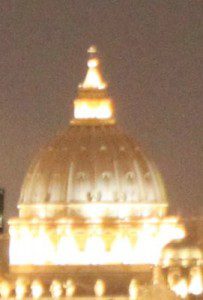 When Pope Francis was elected back in March, I posted my Pagan Wishes for the New Pope – things I thought were realistic hopes for the direction he would lead his church. In a homily yesterday, Francis said some things that are very encouraging. From the Catholic News Service:

All people are called to do good and not evil, the pope said. Some would object, “‘but, Father, he isn’t Catholic so he can’t do good.’ Yes, he can. He must.”

“The Lord has redeemed us all with the blood of Christ, all of us, not just Catholics. Everyone. Some may ask, ‘Father, even the atheists?’ Them, too. Everyone.”

The commandment to do good and avoid evil is something that binds all human beings, he said, and it is “a beautiful path to peace.”

Noticing the good others do, affirming them and working with them promotes an encounter that is good for individuals and societies, he said. “Little by little we build that culture of encounter that we need so much.”

Taken at face value, this is Christian universalism similar to that of the early American Universalist John Murray. I don’t know Catholic teachings well enough to know how big a deal this is; whether it’s a major doctrinal shift or simply restating and updating something considered settled. As I write this, the only Catholic blogger here at Patheos who has commented on it says the pope didn’t really mean what he said. Catholicism is not the monolith some like to think it is.

I do know there are Catholics who believe only Catholics in good standing will be saved. And of course, this has no bearing on Evangelicals, who believe the “born again” will go to heaven and everyone else will go to hell. Still, for the leader of the largest Christian denomination in the world to make such an inclusive statement is a major step forward.

As a universalist and a Pagan, I reject the idea that anyone was or is saved “with the blood of Christ.” The death of Jesus was a brutal state-sponsored murder, not a sacrificial atonement. A clear look around the world – or around the dinner table, or in the mirror – shows there are many people in need of redemption. But we need redemption here and now, not after death. The teachings of Jesus are one way to find that redemption. So are the teachings of the Buddha, of Moses, or of Lau Tzu. So are the beliefs and practices of our ancient ancestors and their contemporary expressions. So is a non-theistic path of reason and compassion. Any of these – if practiced diligently – can provide the guidance to turn a troubled life into a life of meaning. Choose the one that calls to you.

We need not agree with Pope Francis’ reasoning to agree with his conclusions that recognizing the good those of other religions do is “a beautiful path to peace.”

When we stop thinking those who have different beliefs are hell-bound, we can interact with them as individuals of worth and not as potential converts. We can work together on matters where we have common interests with an assumption of good faith. And we can call evil acts done in the name of religion what they are without mindlessly tarring all followers of that religion.

I believe objective truth is real but impossible to know with certainty. In the absence of certainty, we are free to choose the religious and spiritual path that is most meaningful to us. And equally, we are free to respect the choices of others.

Pope Francis is no saint. There are things in his past that trouble me, and he leads a church badly in need of reform. But the Catholic church still has a lot of influence beyond the bounds of its parishes, and so it’s good to see its leader moving in a cooperative direction. 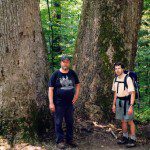 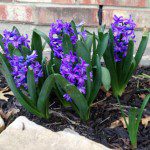 May 28, 2013 Bloom Where You're Planted
Recent Comments
4 Comments | Leave a Comment
"I think that attributing the decline of religious institutions to young people having more options ..."
StarmanGhost “Stay in the Conversation” – Research ..."
"You couldn't leave well enough alone."
Aesithiar Runekafi A Reflection on a Blogger Leaving ..."
"I absolutely LOVE this! I have a good friend who is a gifted photographer (and ..."
Kristin Sweeney Magical Pictures on My Office Wall
"The term for Tower Time, as a friend pointed out, is the Kali Yuga. They've ..."
Gordon Cooper The Theology of Tower Time
Browse Our Archives
get the latest updates from
John Beckett
and the Patheos
Pagan
Channel
POPULAR AT PATHEOS Pagan
1

Autumn Equinox Within the Wood
The Autumn Equinox has arrived in the woods, and I awoke to...
view all Pagan blogs
What Are Your Thoughts?leave a comment
Copyright 2008-2021, Patheos. All rights reserved.