Aine Llewellyn of the Dalliances with Deities blog raised an issue I’d like to explore a little more deeply – that of “dabbling.”  Aine says:

I would really like to see the term ‘dabbling’ retired from Pagan usage, especially by people who claim to want to build religious communities. If we treated people less like ‘dabblers’ and more like people exploring a religious choice, whatever type of Paganism they may be putting their toes into, we would radically shift the way we approach newcomers and those who leave. Words matter. Getting rid of ‘dabbling’ and the idea that people just ‘dabble’ might  help us restore some respect to newcomers, and it might even encourage people to treat their choices more seriously. Because they’re being considered serious choices. And people are allowed to explore and not immediately commit. There is nothing wrong with taking a look at Paganism before committing, and there’s nothing wrong with leaving even after you’ve been involved for some time.

I’m pretty sure I heard the phrase “dabbling in witchcraft” long before I knew what real witchcraft and Paganism were.  It was usually spoken by a conservative Christian concerned that playing with magic – even if it wasn’t serious – would lead to trouble.  I don’t think my experience is unique, so the context of this phrase raises immediate concerns with its usage.  If dabbling leads to real witchcraft and Pagan practices – something we have found to be good things – why wouldn’t we encourage more dabbling?

Merriam-Webster defines dabbling as: “to work or involve oneself superficially or intermittently especially in a secondary activity or interest.”  I think this is part of our problem.  As Aine points out, we frequently fail to distinguish between the superficial dabbler and the serious but tentative seeker.  Not everyone who hears the call of the gods or of Nature or of magic responds suddenly and completely.  Not everyone moves from Cunningham’s Guide for the Solitary Practitioner to finding a year-and-a-day Wiccan dedicant program or signing up for the OBOD Bardic grade studies.

In my case I had a defining moment, a clear message from at least a few of the goddesses and gods to begin a serious program of study and practice.  That message came in an instant… after EIGHT YEARS of dabbling, after eight years of working superficially and intermittently on magic, witchcraft, and Paganism.

Do I wish I had gotten serious sooner?  At one level, yes, of course I do.  But that’s how long it took me to figure out the vague deistic universalism that had replaced the fundamentalist Christianity of my childhood wasn’t an adequate foundation for spiritual growth.  If someone had pushed me to “stop dabbling” midway through those eight years without helping me build the foundation I needed, I almost certainly would have crashed and burned, then gone back to an unfulfilling spot on a pew in a nice mainline Protestant church (no offense to my mainline Protestant friends, many of whom are good people doing good work, but my soul needs something that’s not on their menu).

Part of our problem with dabbling is the idea that since we – who, of course, are the good, serious Pagans – have moved beyond it, so should everyone else.  As Aine said, this isn’t helpful for people who want to build religious communities.  We’re being hamstrung by the coven model which says everyone should be a strong witch on their own.  Maybe that’s a good goal for a group of 13 or less, but it’s simply not realistic for any group big enough to be called a community.

Can we make room for these people, accept them for who and what they are, and not insult them as “dabblers”?

We’ll never build an effective Pagan community if everyone is expected to eventually become a Druid grade graduate or a high priestess.

So, can we retire the term “dabbling”?  I tend to doubt it – it’s pretty well lodged in our vocabulary.  And for some things I think it fits – like for describing teenagers trying to work a spell they saw on a TV show before going back to discussing the sex life of some pop star.

But let’s show a little more respect for seekers, beginners, and those who just want to be a part of our Pagan community. 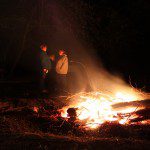 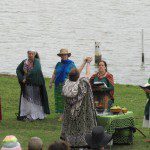