Putting Mystery in Your Rituals

I’m in awe of Jason Mankey.  He can’t sleep, so instead of popping a couple benadryl and turning on SyFy till they kick in, he gets up and writes this excellent post on the necessity of mystery in ritual.  Jason discusses a ritual he attended that looked OK but just didn’t feel right:

my friend’s ritual felt wrong to me because it lacked mystery. It wasn’t lacking mystery in the sense of “I know what’s coming next,” but mystery in the sense that it didn’t connect me to a higher power or idea. Talking about the Wheel of the Year is one thing, feeling it and experiencing it are something else, and that’s when the true mystery of Pagan ritual done properly comes to the forefront.

One of my most popular posts is this one called Common Ritual Errors and How to Avoid Them.  It’s a collection of things I’ve seen done wrong – and things I’ve done wrong myself – and what to do right instead.  But it’s a rather technical post – it deals primarily with planning and logistical errors in rituals.  These are errors typically made by beginning ritualists… and by experienced ritualists who haven’t learned from their mistakes.

Putting mystery in your rituals is a lot more complicated than making sure your script has all the necessary directions or that your ritual is appropriate for the size of the gathering and the venue where it will be held.  If mystery was simple and straightforward it wouldn’t be mystery!  Still, there are things you can do to help your rituals speak to the participants’ souls and not just their brains. 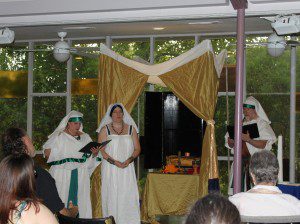 Probably the most common mystery killer is explaining too much.  In a public ritual you’re almost certain to have a few people with very little knowledge of Paganism.  Maybe they know a thing or two about Beltane and Samhain, but do they have any idea about Imbolc or Lughnasadh?  Even if they’ve been to several generic Pagan rituals, it’s likely they don’t know much of anything about the Egyptian temple rituals we do every Summer Solstice.

We have to give these people enough background information to understand the context of the ritual.  But the key is to provide context, not an encyclopedic explanation of the origins, survivals, and contemporary expressions of the occasion.  A paragraph or two at the very beginning of the ritual is usually sufficient.  Once the ritual proper begins, limit yourself to words of introduction, such as “let us now cast the circle, to create sacred space in which to work.”  A dissertation on the history and theory of circles is both unnecessary and unhelpful.

When in doubt, show, don’t tell.

Another mystery killer is a lack of participation.  When you’ve got more than ten or twelve people, there simply aren’t enough parts to go around – and splitting parts too many ways makes for an clumsy ritual.  Unless your ritual is unique and dramatic and riveting, non-participating attendees’ minds will start to wander and even if there is mystery involved, they’re likely to miss it.  Good pacing and good presentation help, but getting everyone involved in the ritual is best.

Singing and chanting get people involved (just keep it simple so you don’t need handouts).  So does dancing – spiral dances and circle dances are traditional, but any group movement will help.  Processions are a great way to start a ritual.  At Beltane, we stopped our play at various points and asked “what should this person do?”  At Samhain, the attendees became part of a play when the Unseelie Court arrived and made to carry off the mortals. 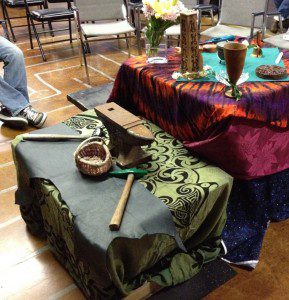 In addition to being participative, these acts provide an opening for mystery.  As a ritual writer, you know what swinging a hammer at Brighid’s forge means in a traditional sense, but you have no way of knowing what the combination of hammer, anvil and metal mean to each and every participant.  They may not know until they pick it up, or perhaps not until well after the ritual is over.

Involve all the senses.  Those of us who grew up in Protestant churches (including Unitarian Universalism) must constantly be on guard against the idea that worship is about the spoken word.  Hey, I like preaching as much as the next recovering Baptist, and there’s a place for (very short, very focused) oratory in Pagan rituals, as well as inviting invocations, worshipful prayers, and magical spells.

But don’t ignore the other senses.  Show, don’t tell – and make it pretty too.  Burn incense and decorate with fragrant flowers and evergreens.  Use touch:  have people hold hands, carry candles and pass ritual objects.  Vary the foods and drinks in the simple feast.  And the sense of sound can be used for much more than the spoken word – good music can improve most any ritual.

As Pagans who honor a world of ancestors, we have access to countless myths, stories that are full of meaning and mystery that can speak to us on many levels.  We can present these stories in dramatic format.  We can re-enact them in ritual fashion.  If they’re well known we can simply refer to them.  When I’m starting to plan a circle, one of the first things I do is look for stories and myths that can be used as a starting point or as the main event of the ritual.

All these ideas and suggestions have been helpful to me, but they pale in comparison to the ultimate way to put mystery in your rituals:  invoke the gods.  Dedicate your ritual to a particular deity or group of deities.  Invite them to join your circle.  Make them welcome – offer them food and drink.  Tell – or show – their stories.  Give people an opportunity to experience the presence of a goddess or god.

This is the primary job of a priest or priestess:  to present the gods and goddesses to the people. 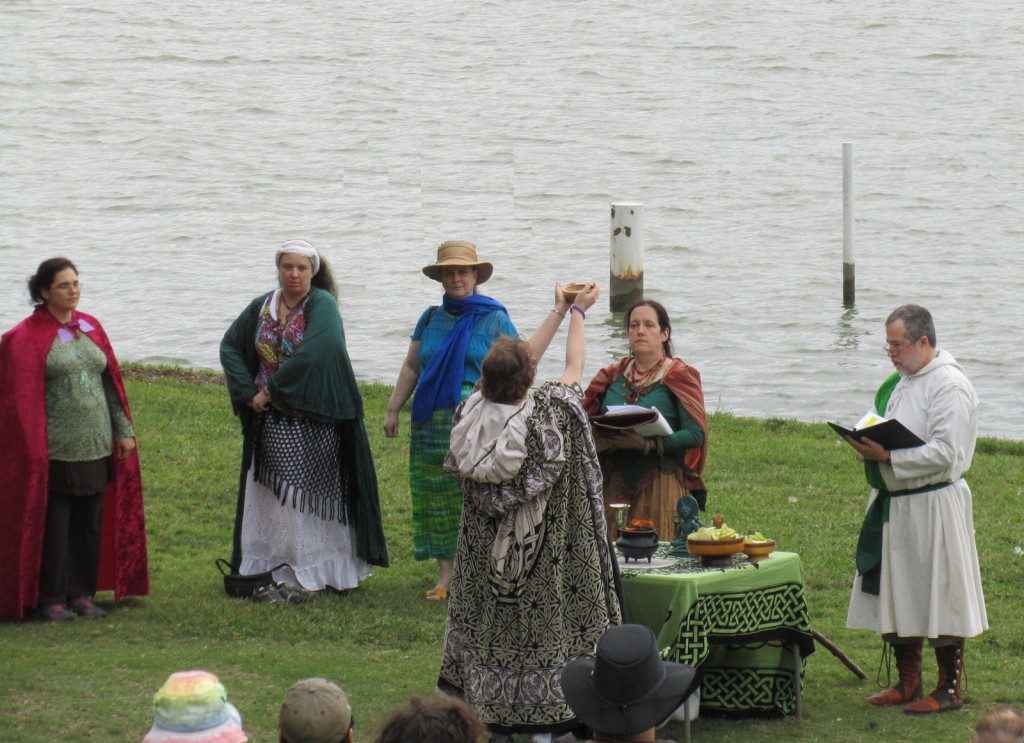 I don’t do Drawing Down in public rituals.  It’s too intimate and it’s too risky for both priest and participants (I have done it in closed rituals).  I do, however, spend extended time in meditation with deities prior to leading rituals in their honor – nothing improves connections with goddesses and gods like listening to them.  The Cernunnos Ritual was inspired by Him at a level I’ve never experienced before:  the structure, the movements and the words came easily.  Part of that is because I have a long relationship with Him, but part is because I was listening closely to Him before I started writing the ritual.

Whatever else they may be, the gods are mysteries.  Invoke them and let people experience what they can experience.

One final recommendation:  when the ritual is over, resist the urge to explain it all.  I’ve been part of initiation rituals that ended with an explanation of the symbols of the group.  That’s fine, although I prefer to close the ritual first and handle any explanations informally.  But if you’re not revealing secrets to a proper person properly prepared, close the ritual, offer a blessing and let the mystery speak for itself.  Explaining too much at the end of the ritual can be just as bad as explaining too much up front.

Different people come to Paganism for different reasons, but one of the most common is a yearning for mystery.  The mainstream world has been exorcised of magic; it’s been measured and deconstructed and explained until there’s nothing left.  We’ve cut open the goose and convinced ourselves there was never any gold.

As Pagans, let’s re-enchant the world.  Let’s put the mystery back in our rituals. 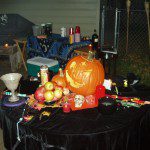 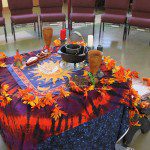 Green Earth Witch: For Love Of Lightning Bugs
Take time to glory in Lightning Bug, those glowing dancers of Summer's...
view all Pagan blogs
What Are Your Thoughts?leave a comment
Copyright 2008-2020, Patheos. All rights reserved.