1)  A recent commenter asked if my thoughts on something were “common among OBOD.”  Short answer – probably not.

Both of my primary spiritual groups – the Order of Bards, Ovates and Druids and the Covenant of Unitarian Universalist Pagans – are non-creedal organizations that appeal to people with a wide variety of beliefs and practices.  OBOD is centered on spiritual growth and a love of Nature.  CUUPS is centered on Paganism within a UU context.  I suspect my hard polytheism is a distinctly minority viewpoint within both groups, though my connections with Nature are probably fairly typical.

Though I am both a local and a national officer in CUUPS and a Druid graduate in OBOD, I never speak as an authority for these organizations.  My opinions – especially my opinions on the Big Questions of Life – are mine and mine alone.

2)  The photos on this blog are mine too… most of them, anyway.  Book covers and publicity photos obviously aren’t mine, and photos with a credit belong to whoever is credited.  Photos with me in them were probably taken by Cathy.  Everything else is mine.

Some of them were taken on various trips.  Others were set up and shot five minutes before posting.  Any time I’ve got a camera in my hand the thought of “what can I use on the blog?” is in my mind.

For those who care, I use a Canon EOS T1i.  If I ever get good enough to make use of a professional camera I’ll get one, but right now it’s all I need and then some.  I also have an older Canon PowerShot I use when I don’t want to carry the bigger camera.  And some of the pictures were taken with my iPhone – the best camera is the one you have with you when you need it.

The head shots I use here and on social media – as well as a few others from that set – are professional photos taken by Tesa Morin.

3)  The new calendar year will bring busy weekends.  On January 25, I’ll be leading a workshop at the Melting Pot Pagans gathering in the Houston area.  February 1 is Denton CUUPS Imbolc circle.  February 7-9 is the ADF Texas Imbolc Retreat – I’ve been invited to be a guest speaker and I’ll be leading two workshops.  February 14-17 is my first trip to Pantheacon in San Jose, California.  I won’t be teaching or leading anything at Pantheacon, just meeting and talking in person with a lot of friends I either only know on-line or haven’t seen since 2010.

The weekend of February 21-23 I’ll be sleeping.

4)  The Patheos Pagan channel continues to grow.  This month has seen the addition of Niki Whiting’s blog A Witch’s Ashram.  Niki has an MA and has done doctoral level work in religious studies.  Her education shows in the breadth of her religious awareness and in the depth of her writing, but never in its complexity – you don’t have to have a dictionary of religious jargon to read her posts.

As they did with my blog, the Patheos tech wizards imported all the posts from Niki’s previous blog My Own Ashram.  There’s 2-½ years worth of interesting posts for your reading enjoyment and enlightenment.

5)  When Pope Francis was elected in March, I expressed my Pagan Wishes for the New Pope.  I said

I do not expect Catholic teachings to change. But every pope chooses which teachings he will emphasize, and I hope Pope Francis will choose to emphasize his church’s teachings on compassion to all and service to the poor.

This is exactly what Francis has done.  He’s shaken up the Vatican bureaucracy, annoyed Rush Limbaugh and other right wing commentators, and been named TIME Magazine’s Person of the Year.

He’s not perfect.  He refuses to consider women’s ordination or marriage for gay people, and a recent statement calling arrogant Christians “pagan” shows his knowledge of Paganism is limited.  But as I said in March

It is not reasonable to expect this pope to reform his church in the ways those of us on the liberal side of the religious spectrum would prefer. But there are things he can do within the bounds of traditional Catholicism that will make our world a better place.

This is what he’s doing.  I’m thankful for him and I wish him many more years of compassionate leadership.

It is no longer socially acceptable to demonize whole groups of people for simply being who and what they are.

Still, I hate to see anyone lose a job (even though producing a television series about a dramatized version of your life hardly compares to a job on an assembly line or in a classroom) over something that’s not job-related.  But if I was the head of A&E programming, would I want those comments associated with my brand?  No.

That’s why I’m glad I have a job where I don’t have to interact with customers or the public, and why I never mention my employer anywhere on the internet.

7)  I wish Christians who want gay people to go back in the closet would own their feelings and stop hiding behind the Bible.  A) The Bible is not a source of authority for non-Christians.  B) There are many parts of the Bible these people ignore.  C) There are plenty of Christians who recognize that love is love and have no issue with homosexuality.

If you truly believe gay sex is offensive to your god, then by all means don’t have gay sex.  My gods care that I honor my marriage vows to Cathy, but they celebrate love and pleasure in all its forms.

In a pluralistic society, the only way to make persuasive arguments is to ground them in shared values.  The primacy of heterosexuality is no longer a shared value.

8)  When California passed Prop 8 in 2008 I assumed the country was a generation away from accepting the idea of equal rights for gay people.  But since then, referendums, legislation and court decisions have done a 180 degree turn, reflecting a massive cultural change.  The speed of this change borders on miraculous and it’s clearly more than some people can handle.

There is still more work to do, particularly in the red states.  Texas will be dragged kicking and screaming to marriage equality.  But the tide has turned.

9)  And after all that, let’s end on something a little more pleasant.  Cathy and I are headed to Tennessee tomorrow to visit family and friends for Christmas.  We’re driving this time… it’s longer than I like to drive, but we’re breaking it up into two days both going out and coming back, and making a couple stops along the way.  Some of those may end up as blog material, depending on how things go.  The good thing about driving is that I can take more than one bag, meaning the computer and the good camera go with me.

I hope your Solstice was blessed and your Christmas is merry! 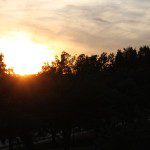 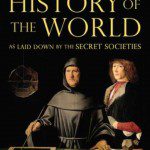 December 26, 2013 The Secret History of the World
Recent Comments
1 Comment | Leave a Comment
"Good points.About the "Old Ways." I have come to think that if the "Old Ways" ..."
Pitch313 5 Things I Had to Unlearn ..."
"It's interesting to compare different approaches from something like Lenormand cards- which clearly started as ..."
Helmsman Of-Inepu Tarot: Standard Meanings or Intuitive Interpretations?
"I just found this post through a thread in another one of your articles, and ..."
Mimi Ruble Costa The Otherworld is Bleeding Through
"Thank you for this beautiful, inclusive prayer. ❤️"
Holly Harris A Public Prayer
Browse Our Archives
get the latest updates from
John Beckett
and the Patheos
Pagan
Channel
POPULAR AT PATHEOS Pagan
1