Religion and Politics – A Pagan Perspective

This week the Patheos Public Square page has invited bloggers to write on the topic “Faith Leaders and Political Engagement: Time to Pull Back?”  Like so many group writing projects this question has some Christian assumptions, but I think it’s still worthwhile to look at it from a Pagan perspective.

One of the founding principles of the United States is the separation of church and state:  the government may not establish a religion and no religious body may control public policy.  The exact meaning of this principle – what is permitted and what is not – is still being debated in legislatures and courts and is beyond the scope of this essay.

What is important here is that while the law requires separation of church and state, it does not require separation of religion and politics, nor would such separation be possible even if the law demanded it.  Politics is the process of determining public policy.  Individuals advocate for policies (on everything from criminal law to social welfare to foreign relations) based on their values:  their deepest ideas about what is desirable and undesirable, and about what is right and good and fair.  Few of us are capable of separating values based in our religion (or our lack thereof) from values based in something else.

Our religions inform our political opinions.  As a Nature centered Pagan I believe the Earth is sacred and caring for the Earth is one of my highest values.  Therefore I advocate for policies to reduce pollution to minimal levels, not just to levels that are economically advantageous.  I advocate for higher energy efficiency standards, to reduce the amount of climate-changing greenhouse gasses that come from burning fossil fuels.  I advocate for habitat protection, to prevent human activity from driving other species into extinction.

In a religiously plural society, however, it is not acceptable for me to tell my Congress person “the Earth is sacred, therefore ban fracking” any more than it’s acceptable for a Southern Baptist to say “the Bible says homosexuality is a sin, therefore keep gay people from getting married.”  Both of these arguments are appeals to authorities other religious traditions do not recognize.

This is why I refuse to debate the Bible even with people who are misinterpreting it or violating its clear meaning.  When you argue from the Bible, you reinforce the idea that the Bible is a legitimate source of authority.  It is not.

No matter where our political positions come from, the only way to make persuasive arguments is to ground them in shared values.  The average person doesn’t think the Earth is particularly sacred and he likes cheap natural gas.  But that same average person also values clean water, fears explosions and spills, and at some level feels a need to keep Nature clean even if it’s only for his own visual pleasure.  If fracking is to be stopped, it will be by convincing the average person that his values are better expressed through a clean environment than through cheap gas.

As much as we’d like to think we can ground our policy arguments in reason, humans are not rational creatures.  Emotion will trump logic 99% of the time.  This is why political campaigns use so much name-calling negative advertising – it works.

So if we cannot appeal to religious sentiment, is it time to pull back from political engagement?  Not exactly.  Whatever else we may be, we are citizens of our nation and its various political subdivisions.  A responsible citizen is an engaged citizen.  Or, as I like to remind my fellow Pagans who don’t like to come to business meetings, decisions are made by those who show up.  We can bemoan the lack of true choice in elections and the disproportionate influence of the rich – and I frequently do – but if we don’t show up, our voices are guaranteed to not be heard.

When Jerry Falwell founded the Moral Majority in 1979, he argued that a majority of Americans agreed with his Christian fundamentalist values and that if they’d only get out and vote, they could outlaw sin and remake the country as they wished.  Liberals countered that the Moral Majority was neither moral nor a majority.  The first part of that counterargument is a matter of opinion (an opinion I’m in strong agreement with), but the second part is a demonstrable fact – no matter what churches they belonged to, most Americans didn’t care much for the idea of turning the country into Cotton Mather’s New England.  Despite making a huge noise and winning a few battles, the Moral Majority was ultimately a failure.

The lesson here is that if we think we can change the world through religiously motivated political activism, we are almost certain to fail.  There weren’t enough fundamentalist Christians to remake the world and there certainly aren’t enough Pagans and other Nature-centered folks to do so.  Gandhi and King were exceptional leaders who did exceptional things under exceptional circumstances (and so, lest we forget, was the Ayatollah Khomeini).  They are, well, the exception – not the rule.  Through our participation we can make things better, or at least less worse, but if we expect Big Things to come from our activism we will be disappointed.

If you’re a Pagan and political activism is your calling in life, by all means pursue it.  It’s good to see our values promoted in the public square, and while I value competence, compassion and integrity over a shared religious identity, I’d still love to be able to vote for someone who identifies as a Pagan or polytheist or Nature worshipper.

As for me, I’m convinced we will change the world by caring for souls, not by political mandates.  My calling isn’t to construct broad based arguments for caring for the Earth, my calling is to show those who are willing to see how the Earth is sacred.  I’m not concerned with making Beltane and Samhain public holidays, I’m concerned with helping Pagans celebrate Beltane and Samhain, and with introducing the curious to these holy days and what they mean.

When I get caught up in politics I get frustrated.  I get angry with abuse of power, perpetual campaigning, and unwillingness to govern.  I get angry with those whose values aren’t just different from mine, they’re diametrically opposed to them. 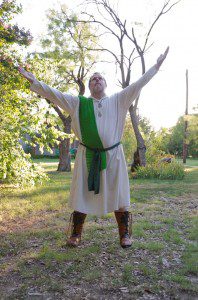 Anger doesn’t motivate me.  It freezes me in rage, at least until I can deal with it and return to my center.  That’s not effective and that’s not healthy.

So, is it time to pull back from political engagement?  For me, that answer is a resounding yes.  I will remain an engaged citizen, but I will never find my identity and my meaning in political activism.

Winter Solstice is December 21st.  Let me tell you about the rebirth of the sun… 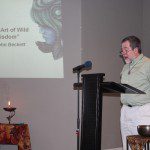 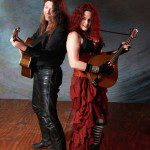